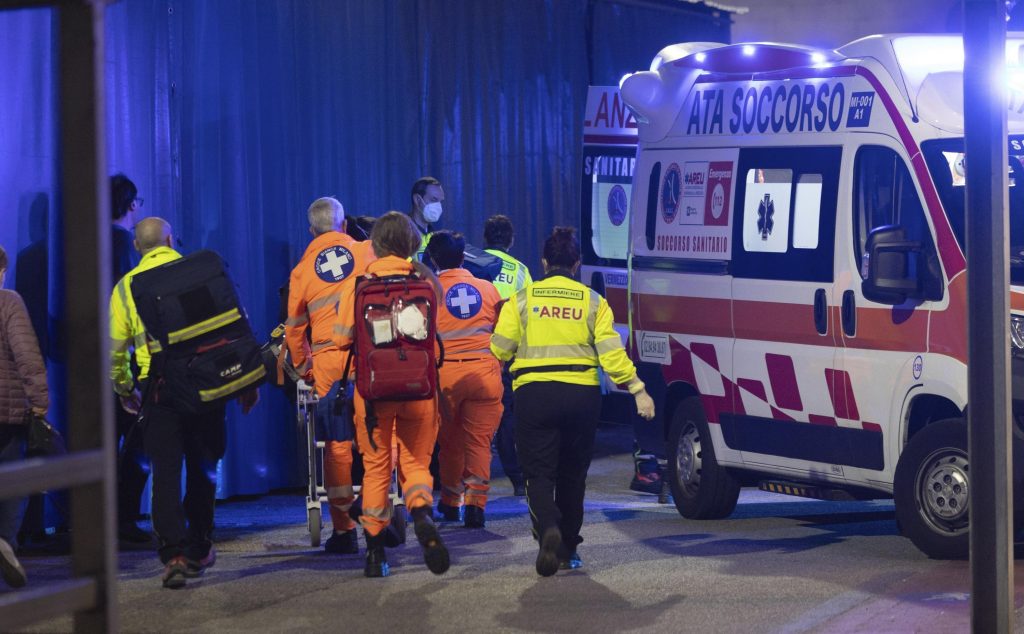 Police have arrested a 46-year-old Italian man suspected of the attack at a shopping mall in Assago, a Milan suburb, the Carabinieri reported.

A supermarket employee died on the way to the hospital, the ANSA news agency reported, adding that three other victims are in serious condition. Another person was treated for shock from the attack but was not hospitalized, police said.

The motive for the attack was not immediately known, but police said the man was showing signs of psychological instability. There were no elements to believe that it was a terrorist attack.

Marí, who plays on loan at Monza in Serie A from England’s Arsenal, was among the injured. Arsenal said in a statement that Marí was hospitalized, but that he had not been seriously injured.

“Dear Pablo, we are all very close to you and your family, we love you, keep fighting as you know how to do it, you are a warrior and you will recover quickly,” Galliani said.

Witnesses told ANSA that they saw people fleeing in terror from the supermarket, and once the seriousness of the situation was evident, the employees of the place lowered the curtains of the establishment.

The Carrefour supermarket chain said police and ambulances responded immediately to alert calls about the attack. The company expressed its condolences to the employees and customers affected by the attack and made psychological help available to them.