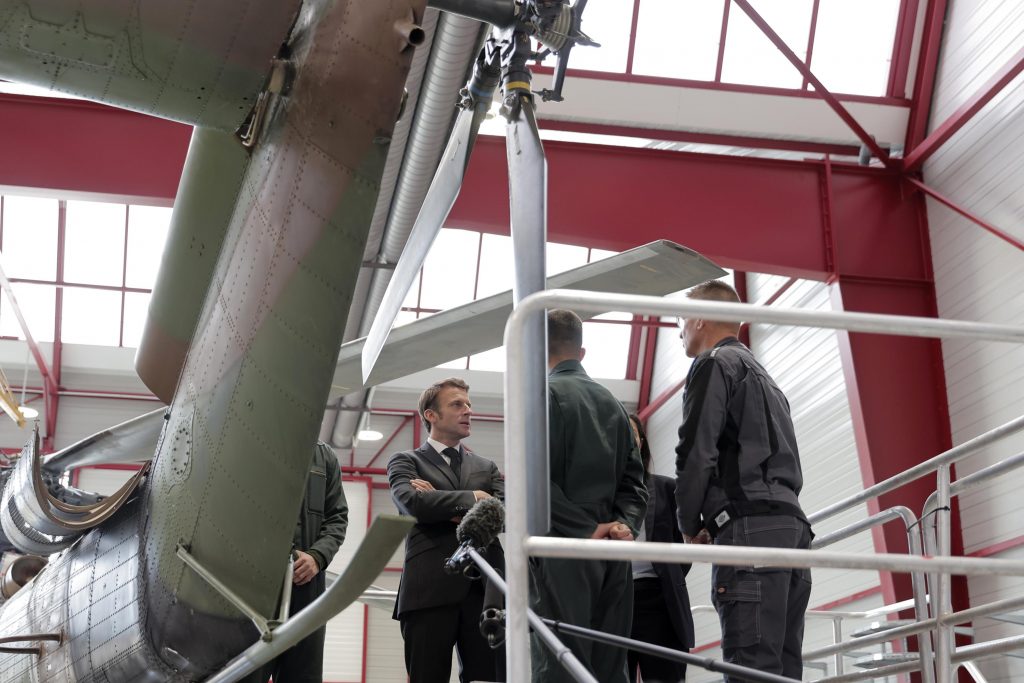 The presidential palace said Macron’s visit to the General Directorate of Armaments test center and a Nexter Arrowtech arms factory — both in the central Cher region — is aimed at reminding “arms manufacturers of the goal of producing enough , faster and at controlled prices”.

He also visited the Burges military school together with Defense Minister Sebastien Lecornu.

The visits come four months after Macron expressed the need to adapt France’s armed forces to new conditions amid a war in Europe.

In June, Macron ordered his armed forces ministers to reassess military strategy and weapons manufacturing due to “this high-intensity war that has returned to European soil.” He said that France must increase its military capacity and readiness.

The president’s rhetoric and his visit to Cher highlights the dilemma of many NATO members, who have sent billions in weapons to Ukraine to help defend it, but are well aware of preparing in the event Russia assaults them.

Arms shortages in Europe, including France, could force tough decisions on Ukraine’s allies.

This month, France promised to send in anti-aircraft defense systems to protect Ukrainian cities from drone attacks, as well as expanding a training program for Ukrainian soldiers, seeking to allay perceptions that the Macron government has been slow to provide military support. to Ukraine against the Russian invasion.