Skip to content
Home » Macron: It is up to Ukraine to decide the moment of peace 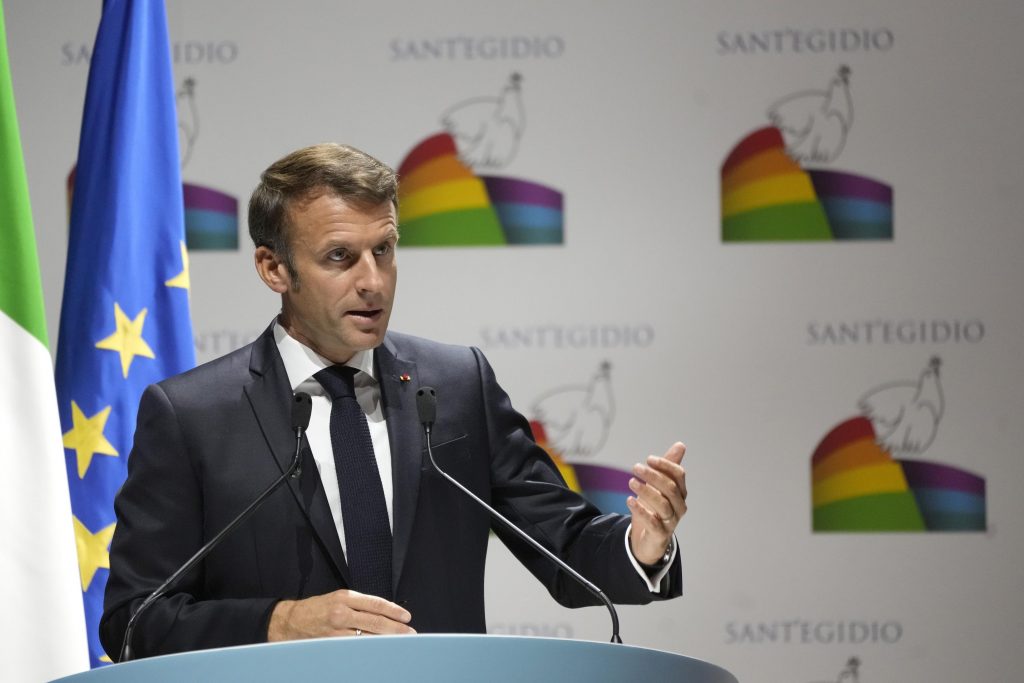 ROME (HPD) — French President Emmanuel Macron said Sunday that it is up to Ukraine to decide the timing and terms of peace with Russia, warning that peace “cannot be the consecration of the law of the strongest.”

At the opening of a three-day peace congress in Rome, Macron said the international community will be there when the Ukrainian government decides the time.

“Remaining neutral would mean accepting the world order of the strongest, and I do not agree with that,” Macron told the congress organized by the Community of Sant’Egidio, a Catholic charity linked to the Vatican.

There is concern that the support of Ukraine’s allies in Europe could erode due to the huge increase in energy costs as winter approaches.

Pope Francis is scheduled to conclude the Cry for Peace congress with a speech Tuesday at the Colosseum.

Throughout the war, which began eight months ago with Russia’s invasion of Ukraine, the pontiff has warned against stockpiling weapons but has said Ukraine has a right to defend itself.

Italian state television Rai reported that Meloni and Macron met in Rome on Sunday night. The French president’s visit to Italy includes an audience with the pope at the Vatican on Monday.

Macron cited concerns that any peace talks could be taken as an indication of a lack of support for Ukraine. “To speak of peace now, to ask for peace, could seem intolerable for those who are fighting for freedom, it seems like a betrayal” of the Ukrainians, the French leader said.

But peace cannot be “captured by Russian power”, Macron added. “Peace cannot be the consecration of the law of the strongest, nor can it be a ceasefire (that marks) the state of things.”

“We want the Ukrainian people to decide at a certain point, the peace, the time and the terms of the peace,” Macron said.

“Peace will be built with the other (party), which today is the enemy, around a table, and the international community will be there,” he added.