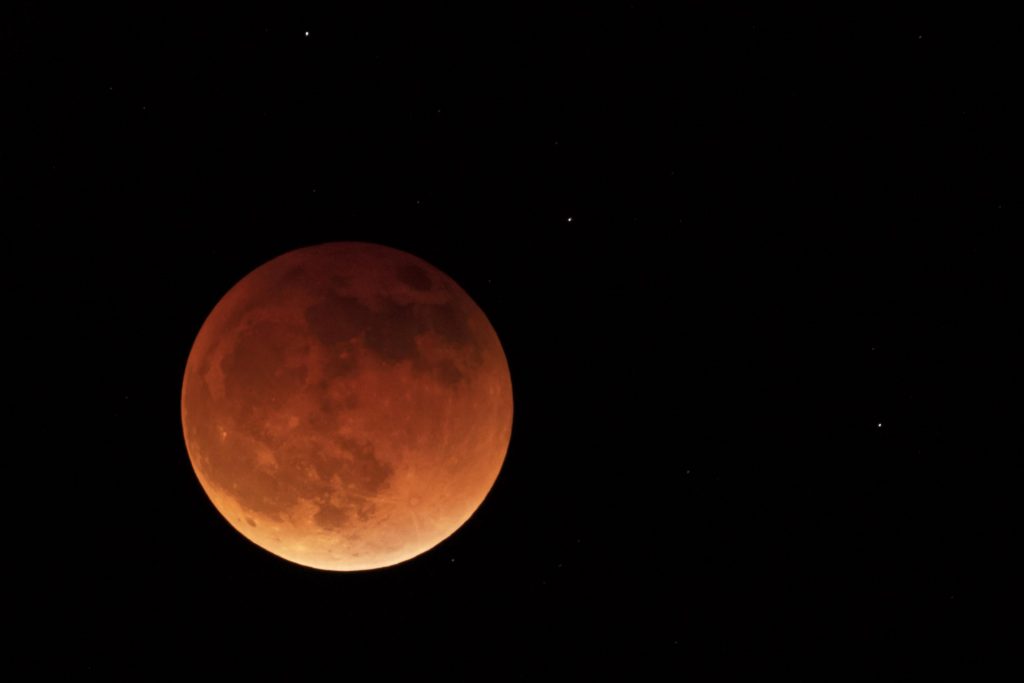 CHPDE CANAVERAL, Fla. (HPD) — A lunar eclipse will be visible on Tuesday that won’t be repeated for three years.

The total lunar eclipse will be seen across North America at dawn — the farther west the better it will be — as well as Asia, Australia and the rest of the Pacific after sunset.

In addition, the planet Uranium will be seen slightly above the Moon, looking like a large bright star.

The total eclipse will last about an hour and a half, from 5:16 a.m. to 6:41 a.m. EST, when the Earth will pass directly between the Sun and the Moon.

The Moon will appear red/orange, as it reflects the light of the rising and setting Sun on Earth. At the peak of the eclipse, the Moon will be 390,653 kilometers from Earth (242,740 miles), according to NASA scientists. If the skies are clear, you will be able to see well, although better with telescopes or binoculars.

The eclipse can be seen in South America if the weather allows it. But Africa, the Middle East and most of Europe will have to wait until 2025.

Among those that will offer a live transmission by “livestream” are the Griffith Observatory in Los Angeles and the Virtual Telescope Project based in Italy.

It is the second total lunar eclipse this year; the first was in May. The next one will be in 2025. But in the meantime there will be plenty of partial eclipses.