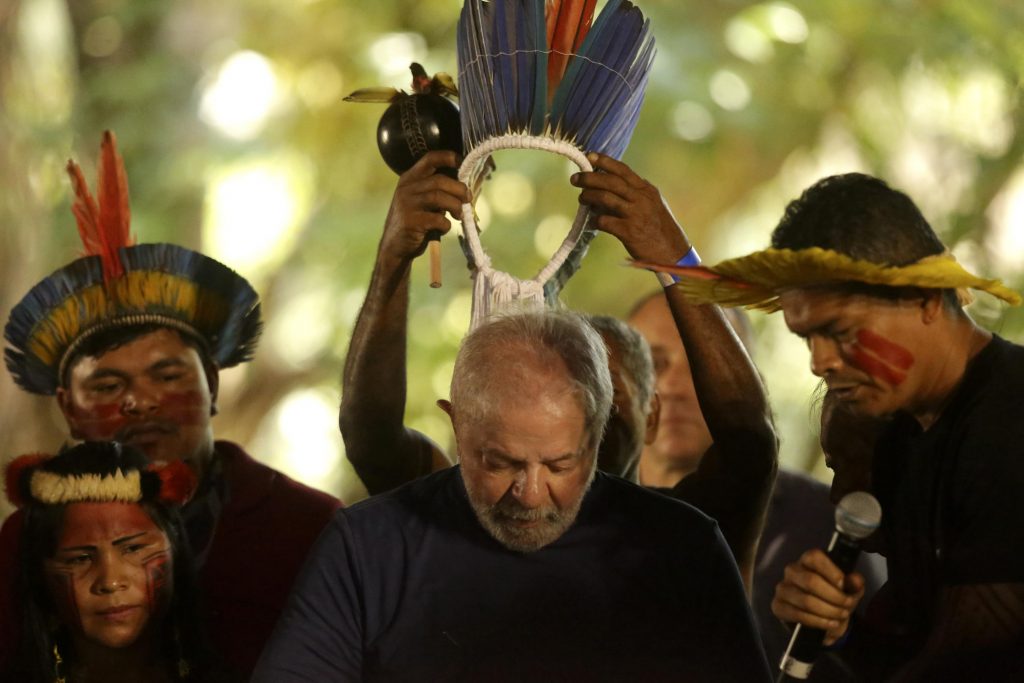 “Once again we will monitor and watch over the Amazon. We will fight all illegal activity,” the leftist politician said at a hotel in downtown Sao Paulo. “At the same time, we will promote the sustainable development of the communities of the Amazon.”

To achieve this in his third term, Lula will have to improve the application of environmental protection laws, face a hostile Congress and deal with state governors who have close ties to the right-wing President Jair Bolsonaro, who was defeated in the elections.

If Lula is serious, the task will be immense. The deforested area in the Brazilian Amazon reached its highest level in 15 years from August 2020 to July 2021, according to official figures. Satellite monitoring shows that the 2022 trend is on track to exceed that of the previous year.

During the Bolsonaro administration, these agencies have been run by people close to the agribusiness sector, which has long pushed for the legalization of land dispossession and opposes the creation of protected areas, such as indigenous territories.

In 2023, the agribusiness sector, which backed Bolsonaro’s failed bid for re-election, will control roughly half of Congress. In recent years, that caucus promoted initiatives to relax environmental protection laws.

At the state level, six of the nine governors of the Amazon are allies of Bolsonaro, most of them strongly linked to agribusiness. One of them, Marcos Rocha, from Rondonia state, was re-elected two days after he withdrew protection from a conservation area roughly twice the size of New York City.

Lula has to use the support he garnered at the polls to advance his environmental agenda, according to Caetano Scannavino, coordinator of Health & Happiness, a nonprofit organization that supports sustainable projects in the Tapajós river basin.

“Most Brazilians have expressed their opposition to deforestation and the violation of indigenous rights,” Scannavino told The Associated Press in a telephone interview. “Lula has to listen to this cry and bring together academics, non-profit organizations and the most responsible sector of agribusiness. The challenge is to make caring for the environment a state policy, regardless of whether the left or the right governs”.

On the international front, Lula’s promises to preserve the world’s largest rainforest have already found supporters. The Norwegian government has indicated that it will resume its multimillion-dollar donations — conditional on results being obtained — to finance policies to combat deforestation.

“Norway hopes to revitalize our extensive climate and forestry partnership with Brazil,” Minister for Climate and Environment Espen Barth Eide wrote on his Twitter account.

The climate and environment coverage of The Associated Press receives support from several private foundations. The HPD is solely responsible for all content.