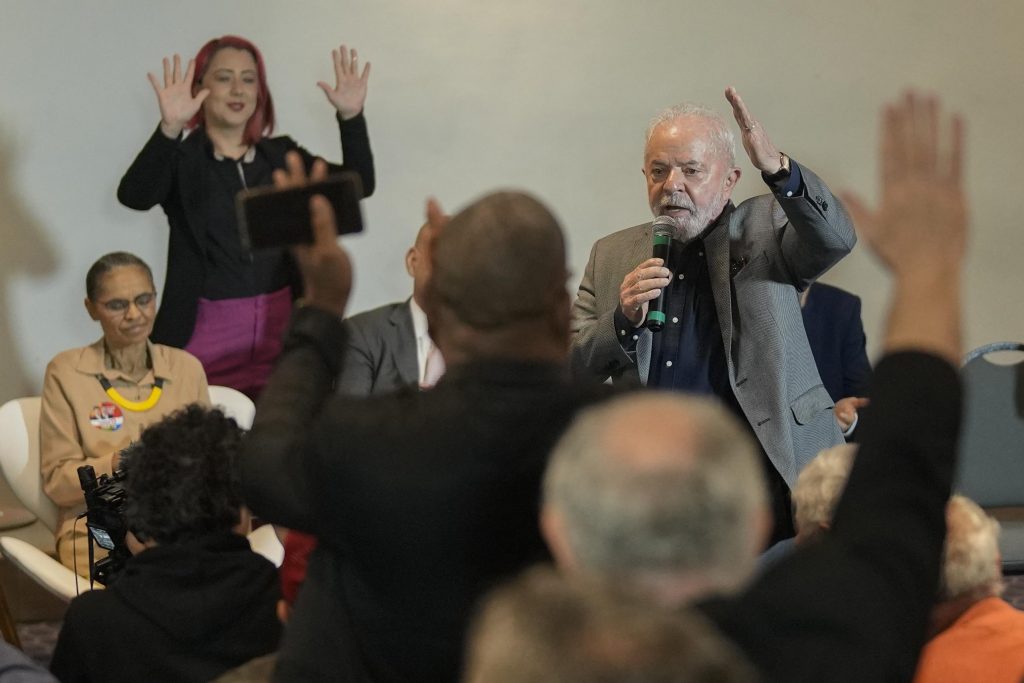 SAO PAULO (HPD) — Former Brazilian President Luiz Inacio Lula da Silva published an open letter to evangelicals on Wednesday, seeking to calm their fears that he will persecute those of their faith and attract votes from a growing sector of the population.

In the letter, read during a meeting with evangelical leaders at a Sao Paulo hotel, Lula promised that he would respect religious freedoms if elected, as he did, he added, during his 2003-2010 presidency.

“We live in an era in which lies are used intensely with the aim of sowing panic among people of good faith, alienating them from a candidacy that defends them more,” the letter added. “That is why I felt the need to reaffirm my commitment to freedom of religion in our country.”

According to polls, Lula has lost support among evangelicals as president and reelection candidate Jair Bolsonaro, along with his allies, have insisted that Lula supports foreign leftist authoritarian governments that have persecuted Christians.

Bolsonaro’s allies have literally demonized Lula and his Workers’ Party, prompting the former president to issue an unusual statement in which he denied having had contact with the devil.

Lula was the most voted in the first round of the elections, but he was less than two percentage points away from obtaining the majority needed to win that time. Most polls still show Lula ahead, but they also show that Bolsonaro has risen a bit in recent weeks.

Lula’s letter to evangelicals recalls one he issued when he was a candidate in 2002 to try to calm the financial markets. This reduced anxiety at the time and helped the former union leader win the presidency.

In his first year in office, he signed a law allowing the establishment of private religious organizations, with broad support from evangelicals. Lula has characterized that act as one that consecrated the right to religious freedom.

Evangelical Christians comprise almost a third of the Brazilian population, more than double what it was two decades ago.

The demographer José Eustáquio Diniz Alves, formerly a researcher at the National School of Statistical Sciences, projects that by 2032 they will be 40%: more than Catholics.

Bolsonaro’s campaign has insisted that Lula will promote gender-friendly policies and loosen restrictions on abortion. Lula said in April that a woman should have access to an abortion, but then she backed off a bit saying that she personally opposes it.