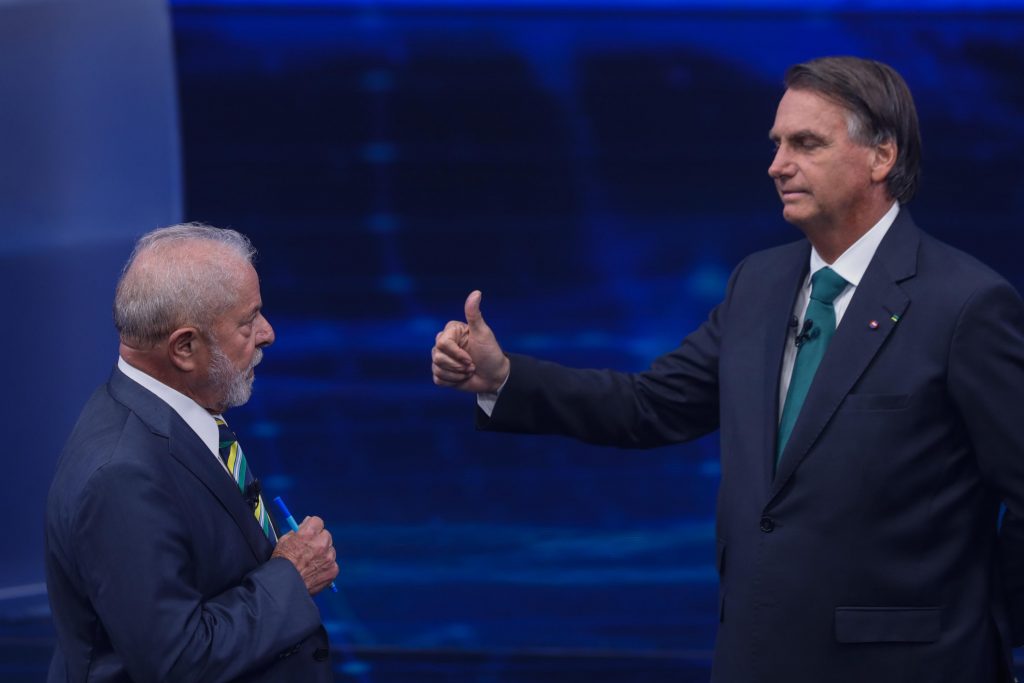 Debates heading into the first round included several other candidates, none of whom won more than 5% of the vote in the Oct. 2 election, and were largely distracting for the two obvious front-runners.

On Sunday Lula and Bolsonaro called each other liars during an hour and a half meeting. Each used the term more than a dozen times in the debate on TV Band, which was otherwise less hostile than many pundits anticipated.

“You’re a liar. You lie every day,” the leftist Lula said at one point. Bolsonaro frequently declared: “You can’t come here to tell people these lies.”

A few days ago, Lula won the first electoral round with 48% of the vote compared to 43% for Bolsonaro, whose government is from the right. Polls indicate that Lula, who governed the country between 2003 and 2010, remains the favourite, although his lead has shrunk considerably.

Each candidate focused on issues that, according to the polls, represented the weaknesses of his opponent: For Bolsonaro, the COVID-19 pandemic that claimed the lives of 680,000 Brazilians, and for Lula, the corruption scandals around the Party of the Workers.

Lula and Bolsonaro plan to participate in an additional debate before the elections, which will take place on TV Globo, the most popular network in Brazil.