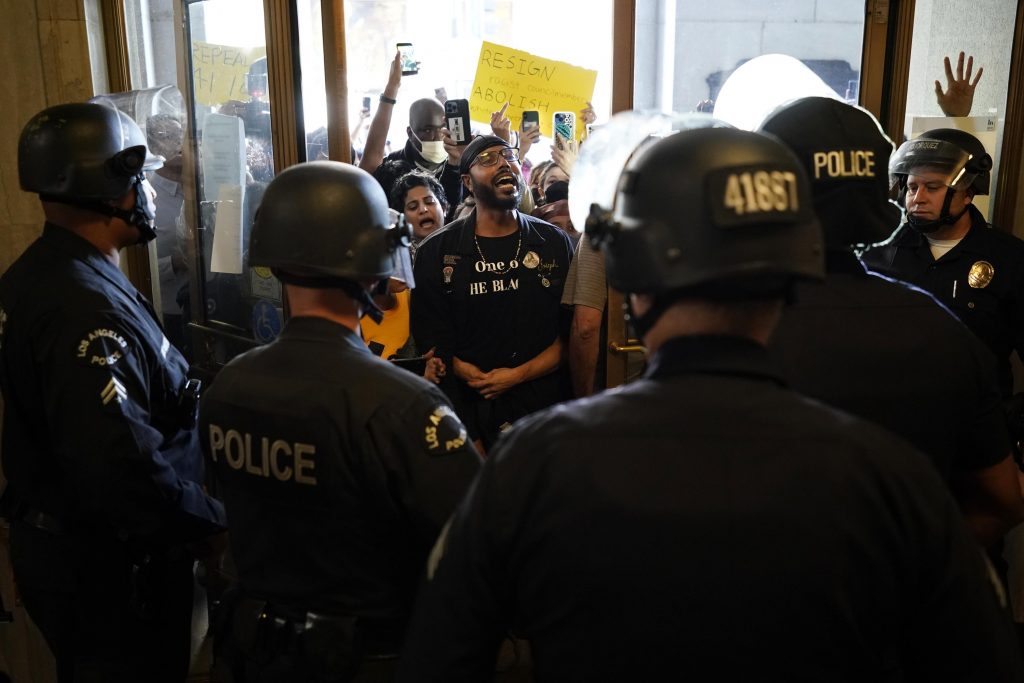 About 50 people were demonstrating outside an entrance to city hall, even though the council meeting was virtual and only the acting president and staff members were on the premises. The demonstrators shouted: “No resignations, no meeting!” The police pushed back the protesters, who retreated across the street without incident.

The council has been in turmoil for a week after a recording of a private meeting was released in which then-Speaker Nury Martinez made crude and racist comments while Councilmembers Kevin de Leon and Gil Cedillo did not object. or joined the offensive expressions.

Martinez made racist comments about the black son of a white councilman, and other crude comments. All participants in the meeting a year ago were Hispanic, and the discussion centered on efforts to protect their political power during electoral redistricting.

Martinez has since resigned from office, but De Leon and Cedillo have resisted widespread calls for them to step down, including from President Joe Biden.

Last week, protesters packed the city council chambers and furiously demanded the resignation of the councilors. Those demands continued during Tuesday’s virtual meeting, when numerous speakers called on the council to suspend its activities until De Leon and Castillo resigned.