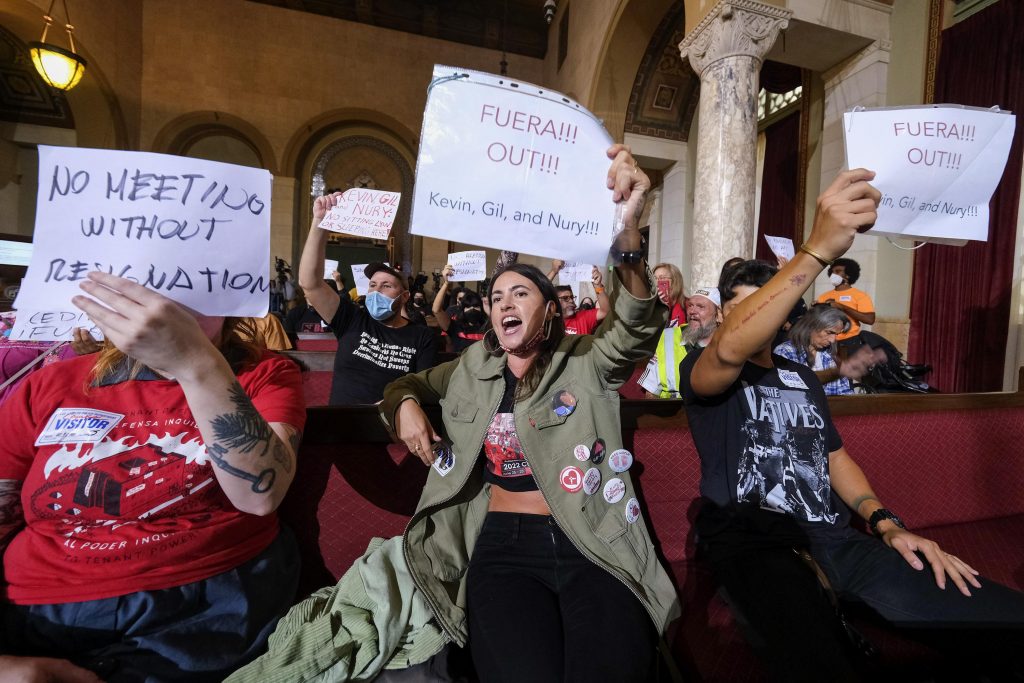 The former Los Angeles City Council president resigned from her alderman seat on Wednesday three days after a recording emerged of her making racist comments during a meeting that is now under state investigation.

Nury Martinez, the first Latina to preside over the City Council, announced her resignation in a statement after a wave of outrage that included calls for her and two other councilmembers implicated in the taped conversation last year to resign.

Martinez made racist comments about the black son of a white councilman and other offensive comments.

In her resignation statement, Martinez did not address her statements, although in words addressed to her daughter she said that she has not lived up to expectations and “I promise that I will try to be a better woman to make you proud.”

The resignation announcement came several hours after California Attorney General Rob Bonta said he would investigate the Los Angeles redistricting process that the three councilmembers discussed with a union official to protect Latino political strength in the city ​​council districts.

Martinez had resigned on Sunday as president of the City Council, but continued to retain her council seat. Her decision to resign from her was announced shortly before Joe Biden was scheduled to visit Los Angeles, a day after he condemned the comments and demanded the resignations of the three councilmembers: Martinez, Kevin de Leon and Gil Cedillo.

Bonta, a Democrat like the three councilmembers, said his investigation could lead to civil liability or criminal charges, depending on what is uncovered.

“It is clear that an investigation is needed to help restore confidence in the redistricting process for the people of Los Angeles,” he added.

Bonta spoke in Los Angeles as the council tried to carry on business despite an uproar over the recording of offensive comments that exposed racial rivalries on City Hall. All those involved in the leaked conversation were Latino, and Bonta is the first Filipino-American to hold the highest police position in the country’s most populous state.

The council met again on Wednesday, perhaps to censure the three members, but was unable to meet due to a demonstration of some 50 people chanting slogans against the city council president such as: “No resignation, no meeting!”

There was the minimum necessary for a quorum, 10 of 15 members, but the meeting was canceled when one of them walked out. The three councilors implicated in the scandal were absent.

“Who has closed them? We shut them down!” the crowd shouted between cheers as the lights went out.

Acting council chairman Mitch O’Farrell said that in the absence of any indication that the outrage has subsided, he didn’t think the council would be able to resume business until all three had left, which he said was inevitable.

“For Los Angeles to heal, and for its City Council to govern, there must be accountability,” O’Farrel said in a statement. “I reiterate my call to Councilmen De Leon and Cedillo to also resign. It’s the only way forward.”

The council cannot expel its members, only suspend them when criminal charges are pending. A vote of no confidence does not result in suspension or removal.

In the recorded conversation, Martinez said white Councilman Mike Bonin treated his black son like an “accessory” and said he “looks like a monkey,” the Los Angeles Times reported Sunday.

At another point in the hour-long audio, Martinez calls indigenous immigrants from the Mexican state of Oaxaca “ugly” and makes offensive comments about Jews and Armenians.