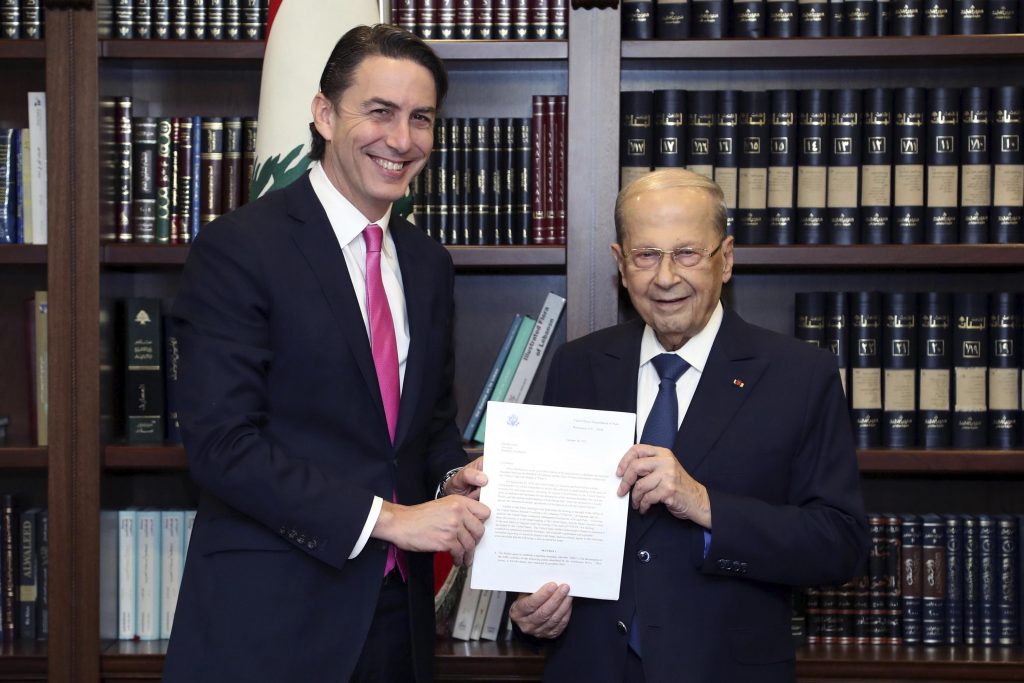 BEIRUT (HPD) — Lebanon and Israel signed copies of a US-brokered maritime border agreement Thursday and handed them over to the UN in the coastal city of Naqoura.

The agreement to demarcate the maritime border comes after months of indirect negotiations brokered by Amos Hochstein, the US special envoy for energy affairs, and represents a major advance in relations between the two countries, which have been formally at war since the creation of Israel in 1948.

Lebanon and Israel claim about 860 square kilometers (330 square miles) of the Mediterranean in which natural gas fields exist. Lebanon hopes the demarcation will open the way for gas exploration to help it out of its deep economic crisis, which has plunged three-quarters of its population into poverty. Israel hopes the deal will reduce the risk of a war with the Iranian-backed Lebanese Shiite extremist group Hezbollah.

Lebanon and Israel sent delegations to the UN Interim Force in Lebanon, which received separately signed copies of the agreement and confirmed coordinates from the two countries.

In a statement released Thursday, President Joe Biden said the deal is in the interests of both Lebanon and Israel.

“This agreement brings us one step closer to achieving a vision of a more secure, integrated and prosperous Middle East, providing benefits to all peoples in the region,” the statement said.

Following the signing, he traveled to Israel to meet with Prime Minister Yair Lapid.

“This agreement was drafted with the idea that it was between two countries that do not have diplomatic relations,” Hochstein told reporters at the Lebanese Presidential Palace. “I think goodwill and good faith efforts on all sides are what’s going to move this forward.”