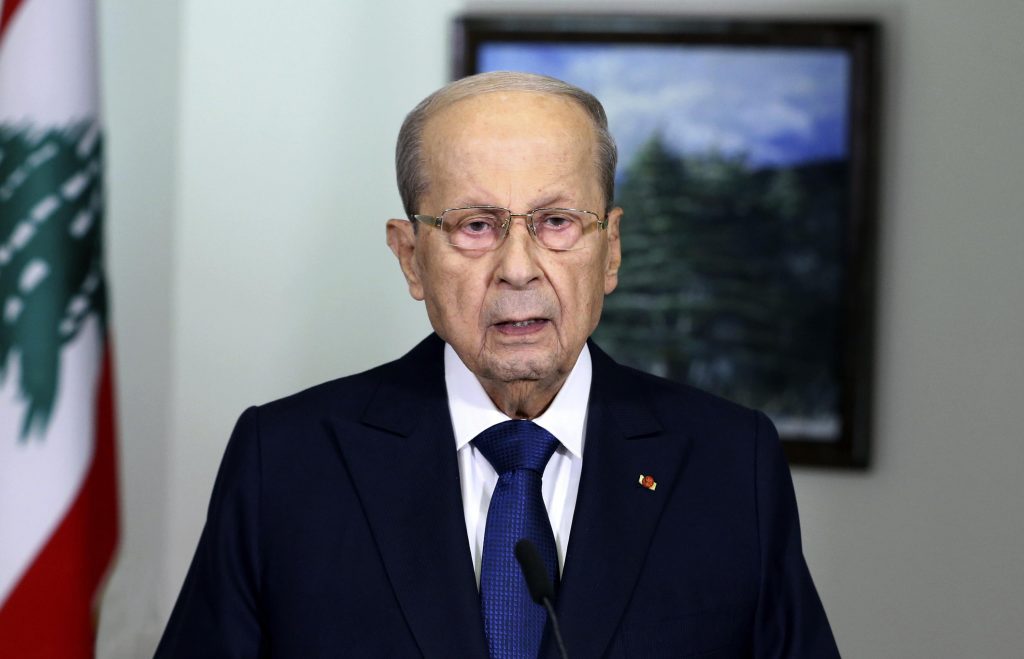 BEIRUT (HPD) — Lebanon’s President Michel Aoun announced Thursday that the country has approved a maritime border agreement with Israel, which was mediated by the United States.

Both Lebanon and Israel claim some 860 square kilometers (330 square miles) of the Mediterranean Sea that are home to offshore gas fields.

The agreement to delineate the maritime border comes after months of negotiations brokered by high-ranking US official Amos Hochstein and represents a major advance in relations between the two countries, which have been formally at war since Israel’s creation in 1948.

“This indirect agreement responds to Lebanese demands and maintains all our rights,” Aoun said in a televised speech.

Aoun made the announcement hours after meeting with interim Prime Minister Najib Mikati and Lebanese Parliament Speaker Nabih Berri, who had received copies of the latest iteration of the Hochstein agreement earlier this week.

US President Joe Biden said on Tuesday that the two countries had agreed to “formally” end their dispute over their maritime border, and that their leaders had told him they were ready to take the next steps.

Israel’s cabinet approved the deal on Wednesday by a “vast majority” of its ministers. The deal will be sent to the Knesset, or parliament, for a two-week review period before it is put to a final cabinet vote.

Lebanon hopes that delimiting maritime borders will pave the way for gas exploration to help it out of its crippling economic crisis.

Israel, for its part, also plans to exploit gas reserves and hopes the deal will reduce the risk of a war with the Iranian-backed Lebanese militant group Hezbollah.