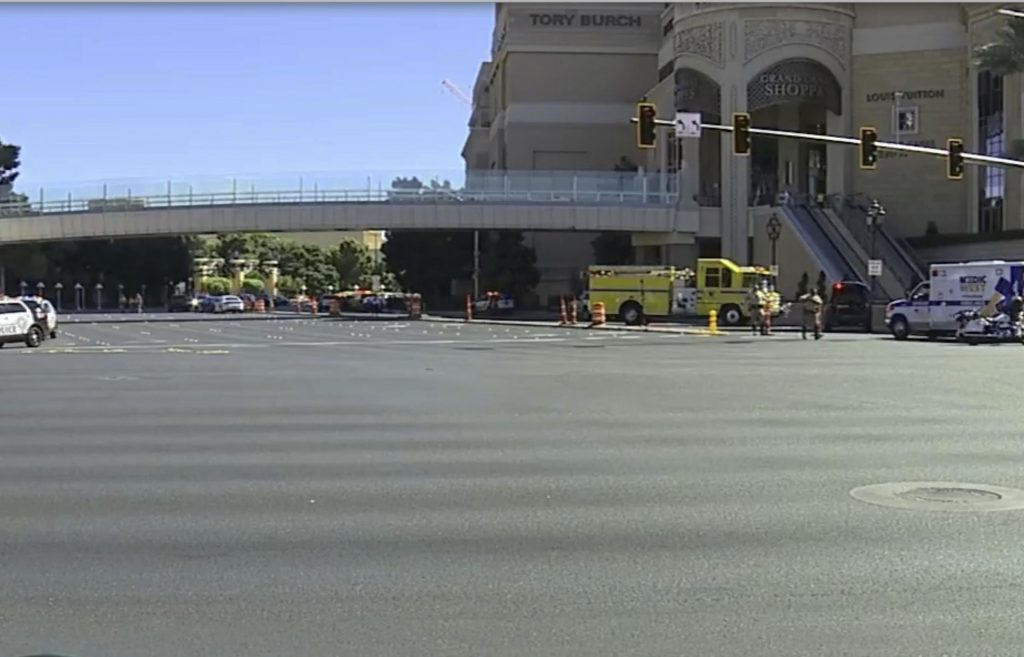 LAS VEGAS (HPD) — A man armed with a large kitchen knife killed two people and wounded six others in a series of stabbings along the Las Vegas Strip Thursday before he was arrested, police said.

Three people were hospitalized in critical condition and three others were in stable condition, according to Las Vegas police, who said they began receiving emergency calls about the stabbings around 11:40 a.m. on the north end of the Strip.

Police did not immediately release information about the suspect or his possible motive.

Witnesses told Las Vegas television that the man attacked in different places and that some of the victims were apparently showgirls or street performers taking pictures with tourists on Las Vegas Boulevard.

The suspect told a woman he was a chef and wanted to take a picture with his knife and some of the showgirls, but when the group rejected his offer the man started stabbing people, the woman told KTNV.

Pierre Fandrich told KTNV that he did not see the suspect while he was walking on the Strip. But he did indicate that he thought he heard “three or four chorus girls laughing,” and it turned out that they were screaming.

Fandrich said he saw “a lot of blood” after one of the women ran across a bridge, another was on the ground and one more, who was trying to help the woman on the ground, had a stab wound to her back.

The witness also told the television station that he thought one of the victims had fallen from the bridge due to the amount of blood on the scene.