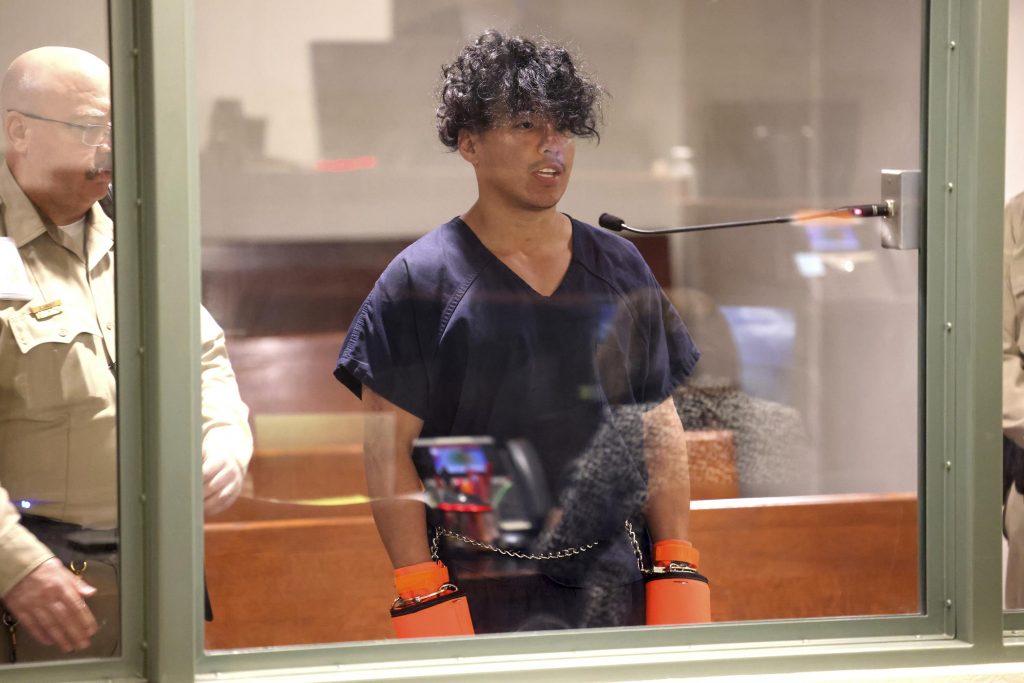 LAS VEGAS (HPD) — A man who allegedly stabbed eight people on the Las Vegas Strip resort area, killing two of them, said some had laughed at him and he “let out the anger,” according to his arrest report released Friday.

Yoni Barrios, 32, also said that he told one of the victims “I’m sorry, man” before stabbing her in the back and that he expected police to shoot him, the report added.

When he was taken into custody after a brief chase Thursday, he was covered in blood, authorities said, and they seized a large, long-bladed knife.

It was not immediately known if Barrios had an attorney who could comment on his behalf. The Clark County Public Shift office was closed Friday.

In his first court appearance on Friday, wearing dark blue overalls and orange shackles, Barrios was booked into jail without bail. The first hearing is scheduled for Tuesday.

The coroner’s office identified the deceased as Brent Allan Hallett, 47, and Maris Mareen Digiovanni, 30, both residents of Las Vegas. Hallett was stabbed in the back while DiGiovanni died from a chest wound, authorities said.

Barrios had an address in Los Angeles and told police he went to Las Vegas to move in with a friend who later refused to let him stay in the house, so he packed his things and took a bus to The Strip, according to the report. arrest report.

“Barrios claimed that on the bus ride to the Strip people were making fun of him and he was not being treated like a human being,” the note said.

It was not immediately clear if Barros had the proper permits to be in the country.

Of the six injured, one had a critical prognosis while the other two were discharged.