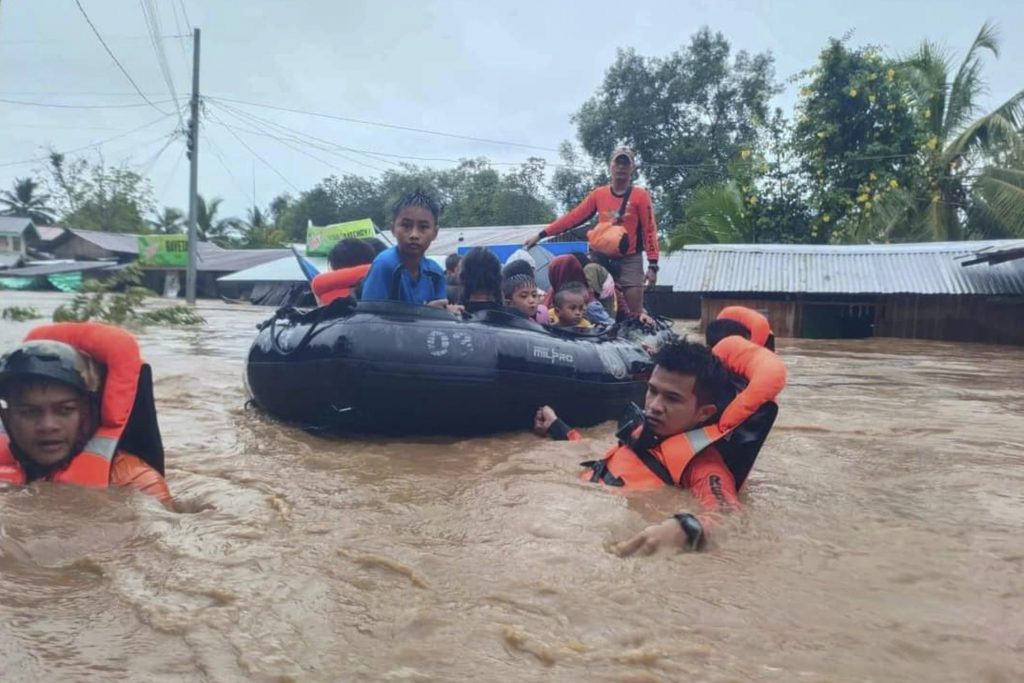 COTABATO, Philippines (HPD) — Flash floods and landslides caused by torrential downpours hit a province in the southern Philippines, killing at least 42 people, leaving 16 others missing and trapping some residents on their roofs, authorities said Friday.

Most of the victims were swept away by floodwaters and drowned or hit by debris-laden mudslides in three towns in the hardest-hit region, Maguindanao, said Naguib Sinarimbo, interior minister of the five-province Muslim autonomous region. It is governed by ex-guerrillas.

The rains were caused by Tropical Storm Nalgae, which was expected to hit the country’s eastern coast from the Pacific on Saturday, forecasters said.

“The amount of rain that fell overnight was unusual, it came down the slopes of the mountains and overflowed the rivers,” Sinarimbo told The Associated Press by phone.

“I hope the death toll doesn’t go up much more, but there are still a few communities that haven’t been reached,” he said, adding that the rains have eased since Friday morning, causing the flooding to begin. to send in various areas.

According to Sinarimbo, based on reports from mayors, governors and emergency officials, 27 people drowned, mostly in the neighboring coastal towns of Datu Odin Sinsuat, 10 in Datu Blah Sinsuat, and another five in Upi, all in Maguindanao.

Another six people were missing in Datu Blah Sinsuat and 10 in Upi, Sinarimbo said.

The rainfall was caused by Tropical Storm Nalgae, which is forecast to reach the eastern coast of the Philippines from the Pacific Ocean on Saturday morning.

Some 5,000 people were preventively evacuated from the path of the storm, the 16th to hit the country this year. According to government forecasters and other officials, the storm is not expected to reach typhoon status.

Some 20 typhoons and storms hit the Philippine archipelago each year. Located in the so-called Pacific “Ring of Fire”, a region that sees many volcanic eruptions and earthquakes, the Southeast Asian country is one of the most disaster-prone in the world.