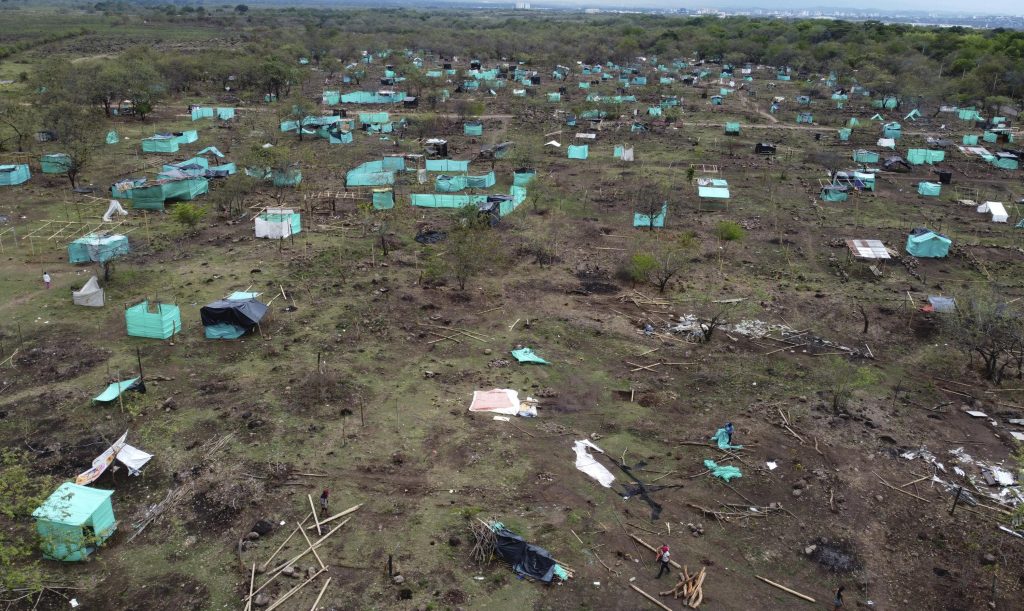 BOGOTÁ (HPD) — Colombia has taken a step toward solving its historic problem of unequal access to land with an agreement between the government and ranchers that allows the state to buy three million fertile hectares and allocate them to farmers.

The agreement signed over the weekend was reached between ranchers, a conservative sector, and the government of Gustavo Petro, the first leftist president in Colombia. Both parties described it as “historic”, because it would allow an agrarian reform that has been promised for decades in the country.

The document with the agreement, disclosed on Monday, details that the payment will be made with public debt bonds or another form determined by the government. However, the Minister of Finance, José Antonio Ocampo, publicly stated that it is not authorized to buy land with public debt titles.

It is an ambitious goal, the government itself has said that a good scenario would be to buy 500,000 hectares per year, so that the four years of mandate would not be enough to buy three million.

Petro admits that his main challenge is getting the money to buy the land. He calculates that he needs at least 60 billion pesos (about 13.4 billion dollars), almost three times what he seeks to collect annually with the tax reform that he is pursuing in Congress.

The challenges are not limited to money, it is about solving one of the structural causes of the violence that Colombia has experienced for decades and fulfilling the first point of the peace agreement signed in 2016 between the State and the Revolutionary Armed Forces of Colombia ( FARC), which was the oldest guerrilla in Latin America.

It is estimated that 5.5 million hectares were abandoned by the displaced population that fled the violence, according to the Commission for Monitoring Public Policy on Forced Displacement, during the armed conflict that lasted five decades and in which guerrillas and paramilitaries.

Ana Jimena Bautista, coordinator of the land line and peasantry at the Dejusticia research center, explained to The Associated Press that investigations have found a correlation between demands for access to land and violence in those places.

“We have had a very violent rural elite that has reacted strongly to any redistributive discourse,” said Bautista.

For this reason, the expert points out, the agreement with ranchers as a political actor represented by this rural elite is historic and could represent a break in that relationship to advance towards rural reform.

The president of the Colombian Federation of Cattlemen (Fedegán), José Félix Lafaurie, celebrated that with the agreement they can be builders of peace and assured that it is convenient for his union.

“The government could have carried out land acquisition processes without us, unilaterally imposing the conditions… or against us through confiscatory mechanisms,” he warned the day before in a video released to the press.

In the presidential campaign, Petro faced criticism because his idea of ​​”democratizing” the land was interpreted by some as “expropriating it”, so to dispel doubts he swore not to expropriate property during his government and to respect private property.

Another major challenge for the government will be to guarantee infrastructure, public services and security. In the country there is still a presence of armed groups seeking territorial control, including the guerrilla National Liberation Army, the FARC dissidents and the Clan del Golfo cartel.

“Only access to land is going to fail, the challenge is the comprehensiveness of the reform,” said Bautista.

The voluntary purchase of fertile land is only one of the branches of the agrarian reform that the government is advancing. It is also proposed to grant vulnerable communities without land the goods that the State confiscated from drug traffickers, as well as recover unduly occupied vacant lots that can be used.