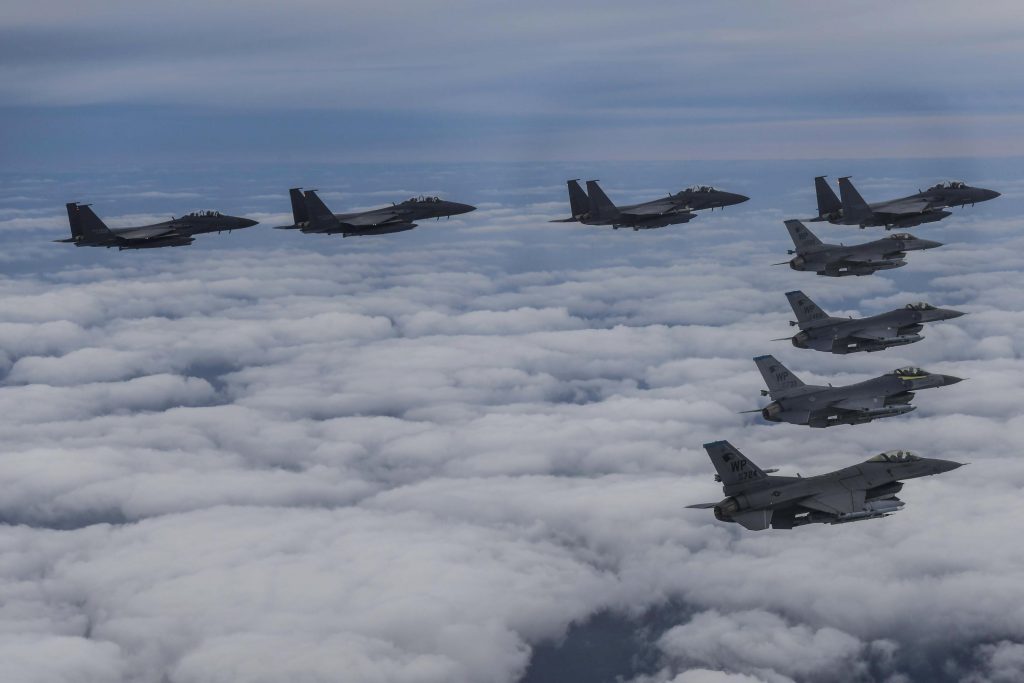 SEOUL, South Korea (HPD) — South Korea mobilized some 80 military aircraft, including advanced F-35 fighter jets, on Friday after detecting some 180 flights of North Korean warplanes inside North Korean territory, It seemed to be a show of force.

The deployment of warplanes by North Korea came after the launch of some thirty ballistic missiles in the previous two days in an angry response to the joint maneuvers being carried out by hundreds of military planes from the United States and South Korea. .

Later on Friday, North Korea’s foreign ministry called its military actions this week a proper response to the joint exercises, which it described as a display of the United States’ “insane military confrontation.” He stated that North Korea will respond with a “super strong reaction” to any attempt by “hostile forces” to infringe on its sovereignty or security.

South Korea’s Joint Chiefs of Staff said North Korean warplanes were detected in various areas in the interior and along the country’s eastern and western coasts, but did not approach the Koreas’ border. The South Korean military detected some 180 contrails between 1 p.m. and 5 p.m., but it was not immediately clear how many North Korean planes were involved or whether some might have flown more than once.

None of the planes crossed the South Korean military’s virtual “tactical action” line, which is 20 to 50 kilometers north of the Koreas’ land and sea borders and is used for surveillance purposes to give South Korea enough time to respond to provocations or attacks.

Still, South Korea fielded around 80 of its own warplanes, including an unspecified number of F-35 fighters. There were no reports of clashes so far.

US and South Korean forces have been conducting joint air exercises dubbed “Vigilant Storm” involving some 240 warplanes, including F-35s. The exercises were scheduled to end on Friday, but the United States and South Korea extended them until Saturday in response to North Korea’s stepped-up testing this week.