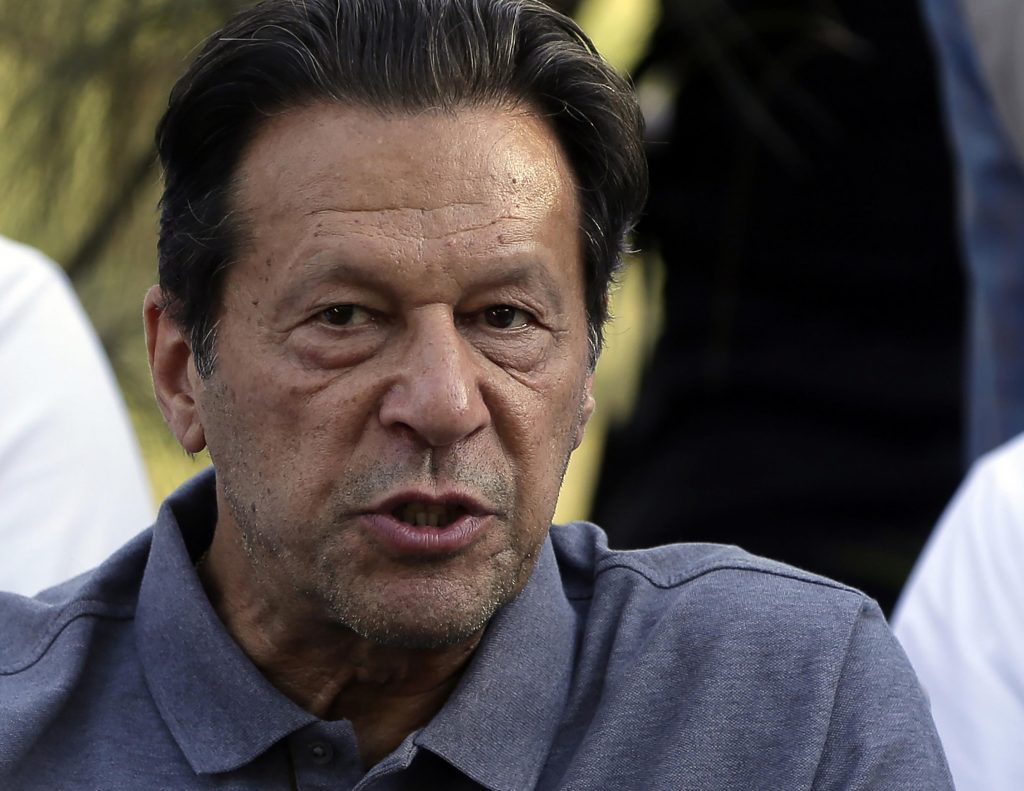 LAHORE, Pakistan (HPD) — Former Pakistani Prime Minister Imran Khan announced Sunday that the protest march to the capital will continue on Tuesday, having called it off after being the victim of an attack in which he was injured in the leg.

Sitting in a wheelchair with his right leg elevated and bandaged, Khan spoke at Shaukat Khanum hospital, where he was admitted Thursday after being shot.

Khan reiterated his demand for an investigation into the incident and the resignation of three political and military figures whom he accuses of masterminding the attack.

The opposition march was suspended in Wazirabad, a district in Punjab province, after the attack in which a gunman shot Khan, killed a supporter and injured 13 others. Khan said the march will resume on Tuesday, from Wazirabad.

Khan was ousted in April by parliament and has organized a march to Islamabad to demand incumbent Prime Minister Shahbaz Sharif call early elections. The government, however, insists that the elections will take place as planned, in 2023.

Khan led a first protest in May that ended with clashes between protesters and police in the capital.

The march, which began on October 28, was peaceful until Thursday’s attack. The attack raised fears of instability in Pakistan, which has a long history of political violence and assassination.