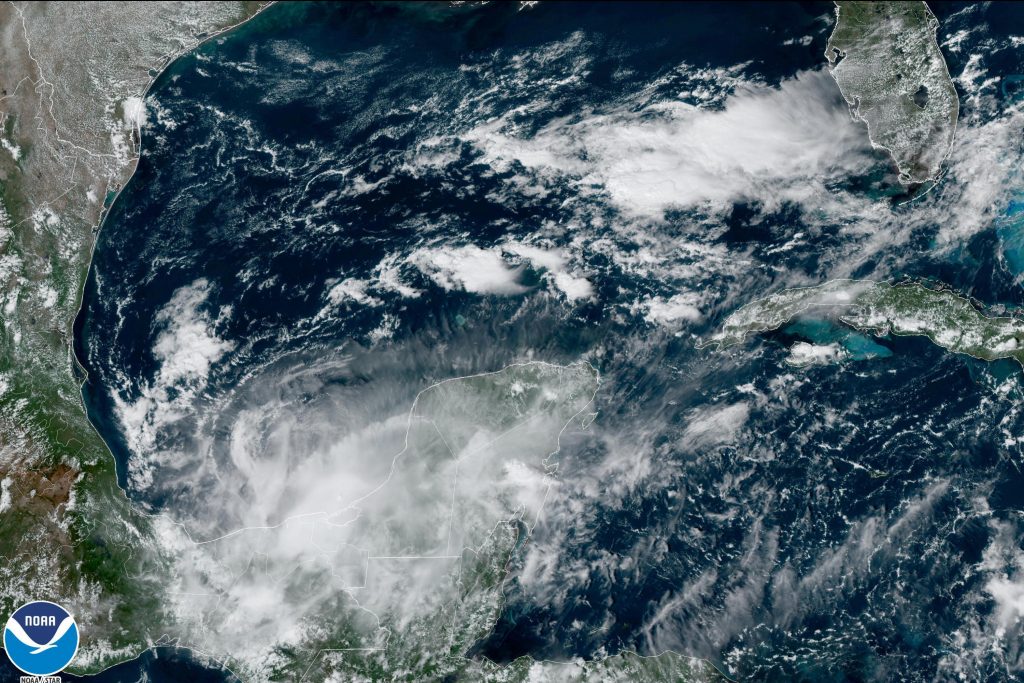 MEXICO CITY (HPD) — The eye of Tropical Storm Karl was about to make landfall on the southern coast of the Gulf of Mexico on Friday, in a stretch that is prone to flooding.

The storm was expected to hit the Mexican state of Tabasco or neighboring Campeche overnight.

Karl had maximum sustained winds of 65 kilometers per hour (40 mph) on Friday, the US National Hurricane Center (NHC) reported. The vortex of the storm was about 140 kilometers (85 miles) northwest of Ciudad del Carmen and was moving south at 9 km/h (6 mph).

The center of the storm was forecast to make landfall somewhere near the coastal cities of Paraíso and Frontera, in Tabasco, or in the nearby oil hub of Ciudad del Carmen. All of them have been flooded before.

“The forecast rains could generate landslides, increase in river and stream levels, overflows and flooding in low-lying areas,” Mexico’s National Water Commission reported in a statement.

A tropical storm warning was in effect from Coatzacoalcos, in Veracruz, to Sabancuy, in Campeche.

Tropical storm-force winds of at least 63 km/h (39 mph) extended up to 95 kilometers (60 miles) from the center of the storm.