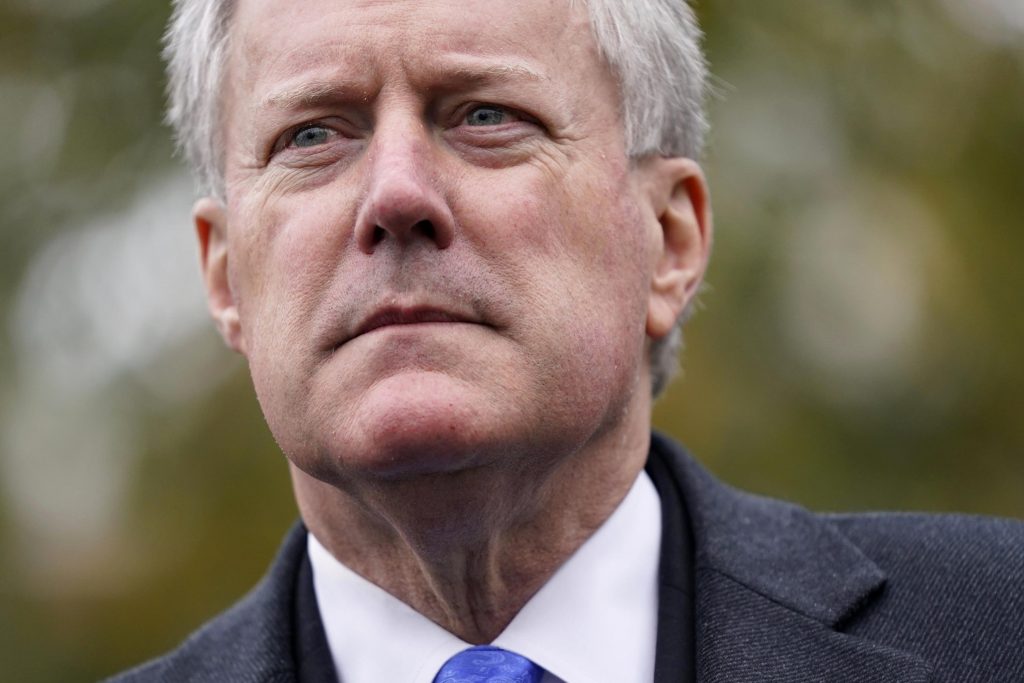 ATLANTA (HPD) — A judge on Wednesday ordered former White House chief of staff Mark Meadows to testify before a special jury investigating whether then-President Donald Trump and his associates tried to interfere in the 2020 Georgia election.

Fulton County District Attorney Fani Willis launched the investigation early last year into actions taken by Trump and his associates to reverse his loss to Democrat Joe Biden. Meadows is one of several Trump associates whose testimony Willis is seeking.

Because Meadows does not live in Georgia, Willis, a Democrat, had to go to a judge in South Carolina to order Meadows to appear. Initially, Fulton County Superior Judge Robert McBurney, who oversees the special jury, approved the request, saying Meadows is “a material and necessary witness.”

Meadows attorney James Bannister was not immediately available for comment.

Willis has been fighting similar battles — and mostly winning them — in courts across the country, trying to force Trump allies to testify. An appeals court in Texas has indicated it may not recognize the validity of the Georgia orders, and Republican Sen. Lindsey Graham of South Carolina has asked the Supreme Court to intervene after a federal appeals court ordered him to testify last week. .

Meadows is a key witness in the special jury investigation into whether Trump and his allies meddled in the election. Meadows, a former Republican congressman, traveled to Georgia, was present at Trump’s calls with state officials and communicated with other actors who encouraged or discouraged attempts to intervene.

In Meadows’s appearance request, Willis wrote that Meadows was at a meeting on Dec. 21, 2020, at the White House with Trump and other officials “to discuss allegations of voter fraud and the certification of Electoral College votes.” from Georgia and other states.

The next day, Willis wrote, Meadows made “a surprise visit” to Cobb County outside Atlanta, where an audit of mail-in ballots was taking place. Meadows asked to watch the audit, but was not allowed because the process was not open to the public, according to the petition.

After the election, Meadows sent emails to Justice Department officials alleging voter fraud in Georgia and other states and demanding investigations, Willis wrote. Additionally, Meadows participated in the call with Georgia Secretary of State Brad Raffensperger on Jan. 2, 2021, in which Trump asked Raffensperger, the state’s top election official and a Republican, to “find” enough votes to reverse Trump’s defeat there.

Mary Clare Jalonick in Washington contributed to this report.