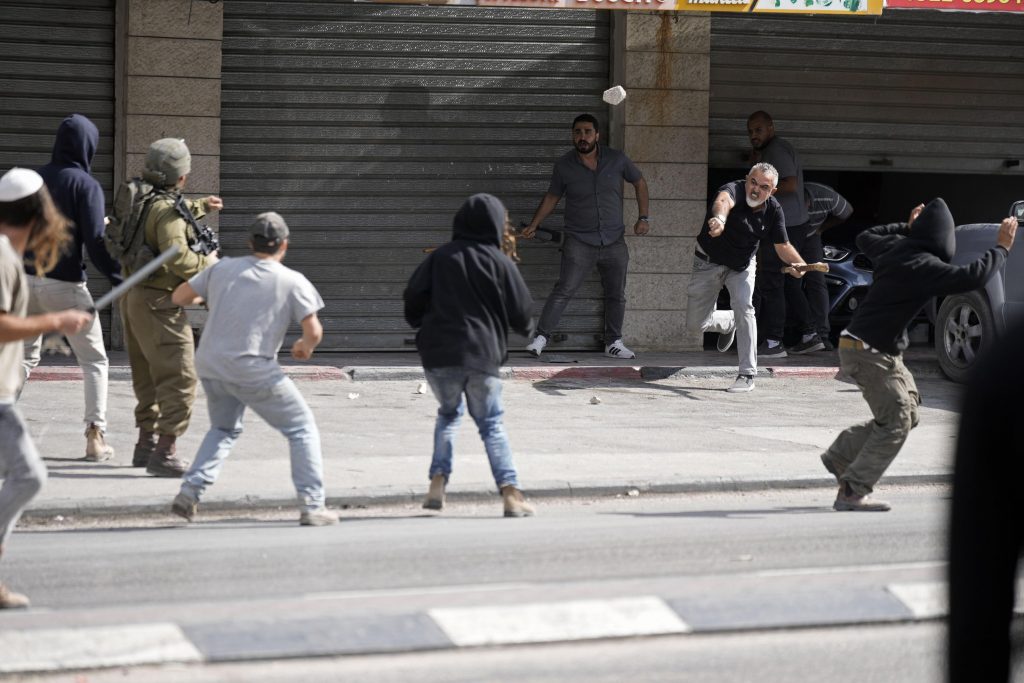 JERUSALEM (HPD) — A group of Jewish settlers stormed a Palestinian town in the northern West Bank, attacking residents and businesses with stones and iron bars, according to Palestinian reports and a video taken at the scene. More than 40 Palestinians were injured.

It is a new act of violence in the West Bank, where Israeli soldiers have been carrying out night raids to capture suspected Palestinian fighters.

The disputed city of Jerusalem was also the scene of unrest. Israeli police fired gunshots and fired tear gas and stun grenades at Palestinians who were throwing stones, firecrackers and firebombs, in the biggest outbreak of violence in the city in months.

It was not immediately known why the Israeli settlers entered the northern West Bank.

Palestinian fighters in the area have carried out shooting attacks on several roads in the area in recent weeks. And in the area there are settlements of radical Jews who frequently intimidate Palestinians and vandalize their property.

Ghassan Daghlas, a Palestinian official who monitors Jewish settlement activities in the area, said some 70 settlers from the radical Yitzhar settlement entered Hawara, on the outskirts of Nablus city, without warning.

He said the mob beat Palestinians, damaged shops and vehicles and set a city park on fire. He indicated that 22 people were injured with stones and 20 more beaten.

“The Israeli army did nothing but protect them,” he added.

Among the injured was HPD photographer Majdi Mohammed, who was hit in the knee by an Israeli tear gas canister fired by a soldier.

Amateur video at the scene showed Jewish settlers with batons running through the streets and harassing shopkeepers. At one point, a shopkeeper with his back to the wall brandished a stick as he faced a group of youths, while a second Palestinian hurled a stone at them. The soldiers fired shots into the air and stood close to a group of settlers.

The Israeli army has made no statement so far.

Tensions in Israeli-annexed areas of East Jerusalem have risen since a Palestinian shot and killed an Israeli soldier this week at a checkpoint at the entrance to the Shuafat refugee camp.

On Thursday night, far-right lawmaker Itamar Ben-Gvir visited Sheikh Jarra, a neighborhood that has become the center of Israeli-Palestinian tensions in East Jerusalem.

“Friends, if they throw stones at you, shoot them,” the lawmaker said in a video posted on social media in which he brandishes a gun while allegedly speaking to Israeli settlers confronting Palestinians.