Skip to content
Home » Japan vows to strengthen its military 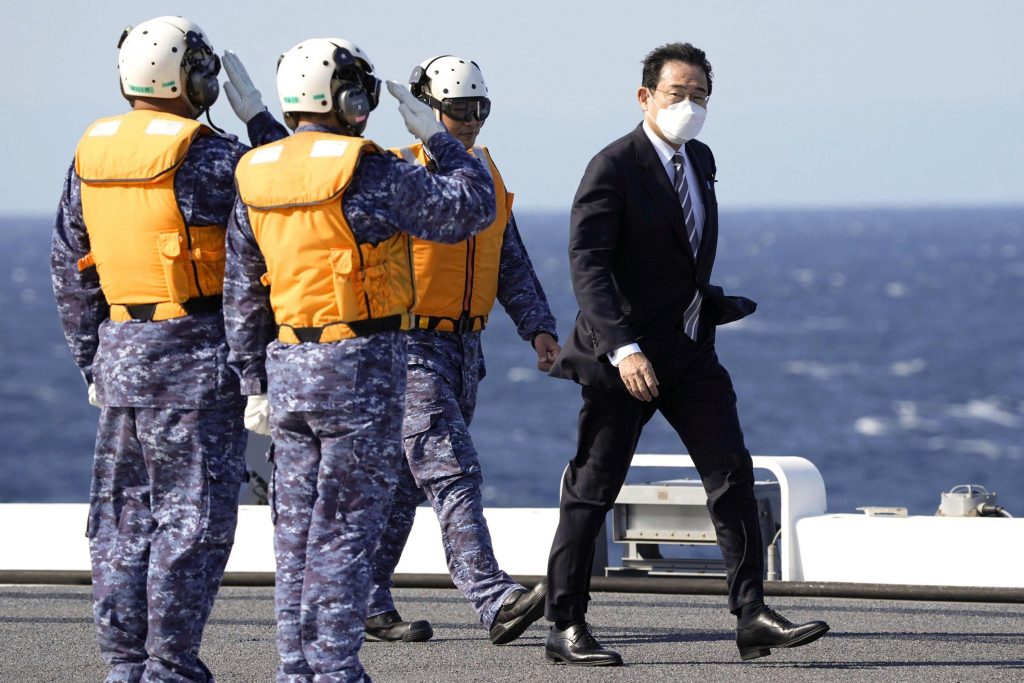 TOKYO (HPD) — Japan must urgently bolster its military capabilities in the face of a deteriorating security environment in the South and East China seas, as well as threats from North Korea’s nuclear and missile development and Russia’s war in Ukraine, the Sunday the Prime Minister of Japan, Fumio Kishida, during an international fleet review act.

South Korea joined the meeting for the first time in seven years, a new sign of improvement in the tense relations between Tokyo and Seoul due to the Japanese war atrocities.

“The security environment in the South and East China seas, especially around Japan, is becoming increasingly dire,” Kishida said, citing the increase in missile launches from North Korea – one of which flew over Japan. last month – and growing concern about the effect of the Russian invasion on Asia.

Avoiding disputes and seeking dialogue is important, Kishida said, but it is also necessary to be prepared for provocations and threats to peace and stability. He reiterated his promise to significantly strengthen Japan’s military capability within five years.

The president said that Japan should build more warships, strengthen its anti-missile capability and improve working conditions for troops.

“We have no time to lose,” Kishida said after reviewing aboard the JS Izumo, where naval officials from participating countries gathered to watch a demonstration of frigates, submarines, supply ships and fighter jets in Sagami Bay. , southwest of Tokyo.

Japan has progressively increased its international defense role and military spending over the past decade and plans to double its military budget over the next five to ten years to about 2% of its GDP. The government attributes the increase to NATO standards, threats from North Korea and China’s growing aggressiveness.

Sunday’s review events marked the 70th anniversary of the founding of Japan’s postwar navy, the Maritime Self-Defense Force, seven years after Japan was demilitarized following its defeat in WWII. The ships and planes would later participate in joint exercises on Sunday and Monday.