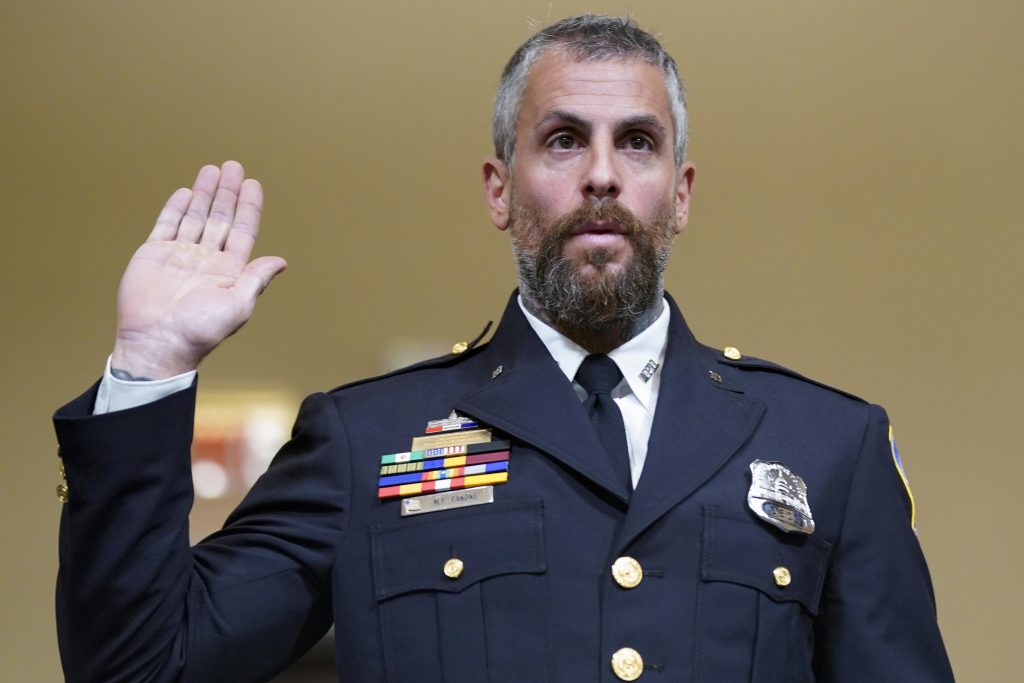 A Tennessee man who dragged a police officer into a mob of protesters during one of the most shocking acts of violence during the assault on the US Capitol was sentenced Thursday to more than seven years in prison.

Albuquerque Cosper Head refused to speak in court before US District Judge Amy Berman Jackson sentenced him to seven years and six months in prison followed by three years of supervised release. The judge stated that Head was responsible for “some of the darkest acts committed on one of our nation’s darkest days.”

Head’s prison term was six months below the legal maximum in his case. It was also the second longest sentence so far among hundreds of cases arising from the siege of the Capitol on Jan. 6, 2021, when a mob of supporters of then-President Donald Trump stormed the building as Congress prepared to certify an election victory. of President Joe Biden.

“Unfortunately, the dark shadow of tyranny has not been lifted,” Jackson added. “There are people who continue to spread the lie that the elections were stolen. They’re doing it today and the people who are fanning that anger for their own selfish ends need to think about the havoc they’ve caused, the lives they’ve ruined.”

Head engaged in some of the most violent acts during the Capitol riots, repeatedly assaulting officers guarding a tunnel on Lower West Terrace, according to prosecutors.

Michael Fanone, a policeman from the Washington metropolitan area, was at the entrance to the tunnel, participating in the front line of the defense, when Head grabbed him and yelled “I’ve got one!” as he wrapped his arms around the officer’s neck and dragged him toward the crowd outside the tunnel, prosecutors said.

“You used him as your prey, as your trophy,” Jackson told the 43-year-old Head.