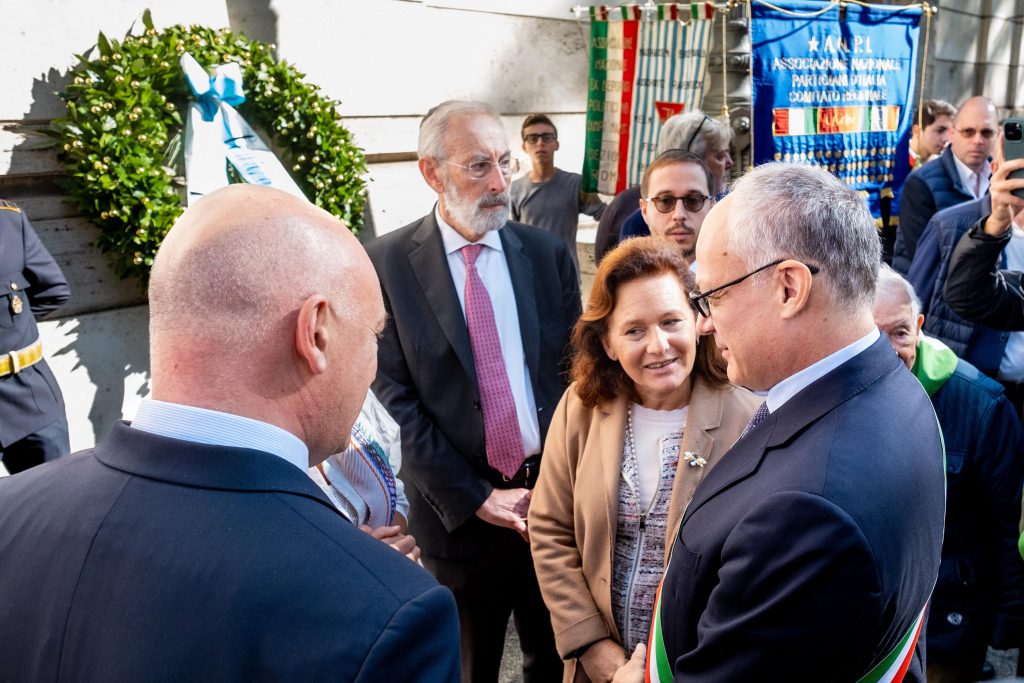 ROME (HPD) — Italy’s ruling far-rightists took part in Sunday’s commemoration of the 79th anniversary of the rounding up of Rome’s Jews, and calls for it to never happen again took on particular significance after a party with neo-fascist roots won recent elections. elections.

In a statement, Meloni said the anniversary should serve as “a warning so that certain tragedies never happen again.”

He added that Italians keep the memory of what happened and that this “serves to generate antibodies against indifference and hatred, to continue the fight against anti-Semitism in all its manifestations.”

On the morning of October 16, 1943, the Nazis rounded up 1,259 inhabitants of the Rome ghetto and surrounding neighborhoods and brought them to a military barracks near the Vatican, from where they were taken to Auschwitz. Only 16 survived.

Meloni called it “a dark, tragic and incurable day for Rome and for Italy” that ended with “the vile and inhumane deportation of Jewish victims of Nazi-fascist fury: women, men and children, forcibly removed from their homes.” .

The Brothers of Italy, Meloni’s party, won the most votes in the September 25 elections with 26%, and will most likely lead a government with the right-wing Liga and center-right Forza Italia.

Brothers of Italy has its roots in the neo-fascist Italian Social Movement, founded by the remnants of Mussolini’s government in 1946 in Salo, in northern Italy.

It remained a small right-wing party until the 1990s, when it became the National Alliance and sought to distance itself from its neo-fascist roots.