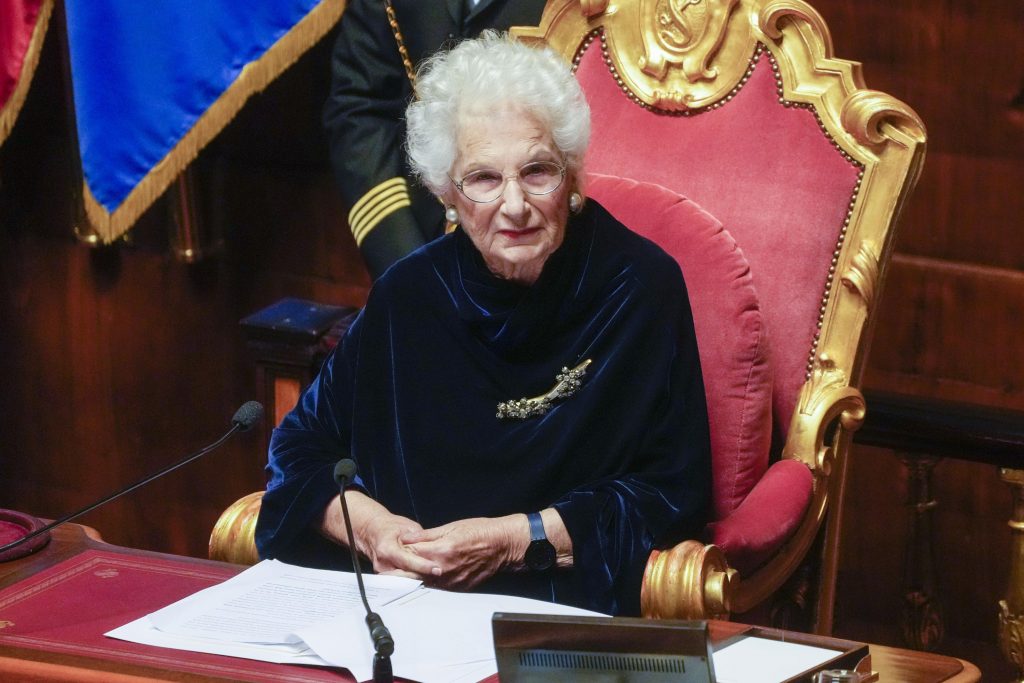 ROME (HPD) — Italy’s fascist past and immediate future ruled by a party with neo-fascist roots were thrown into the spotlight Thursday as a Holocaust survivor presided over the opening of the Senate’s first session after the recent general election.

Liliana Segre, a 92-year-old senator for life, began the session in the upper house, substituting for a more senior senator who was unable to attend. Her speech formally initiated the process that will predictably bring the Brothers of Italy party to power, the most voted party on September 25 and which has its origins in a neo-fascist movement. It would be the first far-right government in Italy since the end of World War II.

In his speech, Segre highlighted the “symbolic value” of the coincidence between his function and the historical moment in which the country is experiencing. He noted that he is presiding over the Senate on the eve of the centenary of the March on Rome, which brought fascist dictator Benito Mussolini to power, and as war returns to Europe with the Russian invasion of Ukraine.

“Today I am especially moved by the role that destiny gives me,” Segre said before a silent camera. “In this month of October, which marks the centenary of the March on Rome that began the fascist dictatorship, it is up to me to temporarily assume the presidency of this temple of democracy that is the Senate of the Republic.”

Segre was one of the few Italian children to survive deportation to a Nazi death camp, and has been speaking in schools about the Holocaust for decades. President Sergio Mattarella appointed her senator for life in 2018, on the anniversary of the passage of fascist-era racial discrimination laws.

In her speech, Segre recalled with emotion those laws that prohibited Jewish children like her from attending school.

“It is impossible for me not to feel a kind of vertigo remembering the same girl who on a day like today in 1938, heartbroken and lost, was forced by racist laws to leave her bench in elementary school. And that by a twist of fate, that same girl today occupies the most prestigious bench, that of the Senate”.

The 200 senators gave him a thunderous standing ovation, including the Brothers of Italy bloc, led by Ignazio La Russa. La Russa, who used to flaunt his collection of Mussolinian artifacts, was later elected president of the Senate.

Brothers of Italy, chaired by Giorgia Meloni, has its origins in the Italian Social Movement, founded in 1946 by former officials of the Mussolini regime and which attracted fascist sympathizers. It was a far-right fringe party until the 1990s, when it became the National Alliance and made efforts to distance itself from its neo-fascist past.