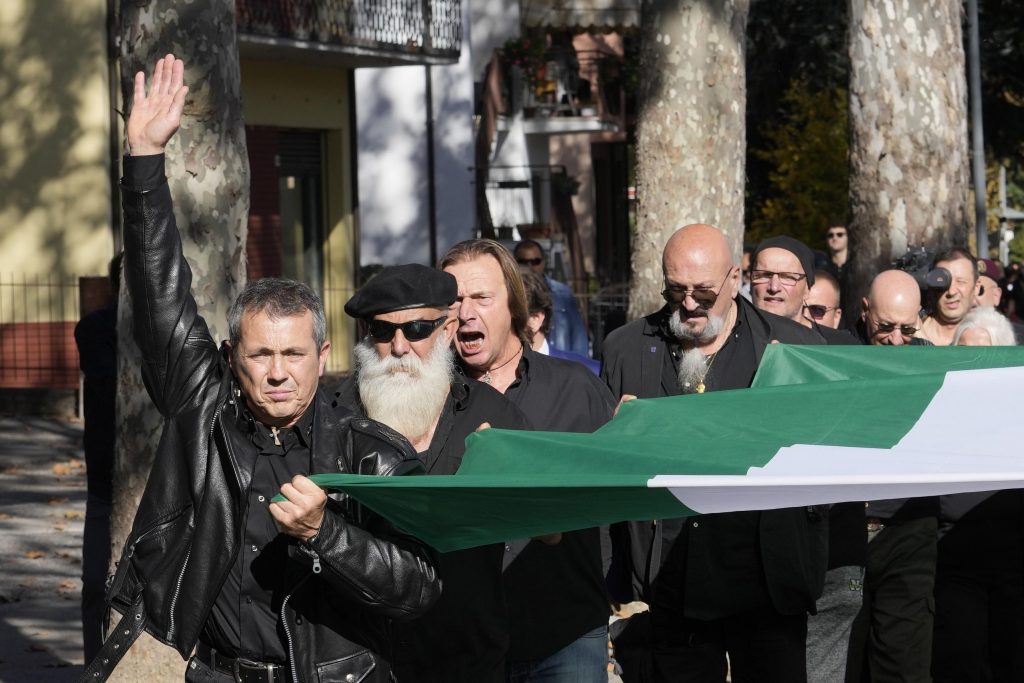 PREDHPDPIO, Italy (HPD) — Thousands of black-clad fascists marched to the crypt of Benito Mussolini on Sunday to mark 100 years since the Italian dictator entered Rome and carried out a nonviolent coup that launched two decades of fascist rule.

Between 2,000 and 4,000 people participated in the march, many wearing fascist symbols and singing songs and slogans from the Italian colonialist era. The march was larger than in years past when those nostalgic for fascism celebrated the march on Rome.

On October 28, 1922, fascists dressed in black entered the Italian capital in an uprising that ended two days later when the Italian king gave Mussolini the order to form a government.

The crowd in Predappio, his birthplace and final resting place in the northern Emilia-Romagna region, also seemed buoyed by the fact that, for the first time since World War II, a party with neo-fascist roots is heading the government. .

The organizers warned the participants — some of whom came from Rome, Belgium and the United States — not to give the fascist salute or they would be prosecuted. Even so, many could not resist when they arrived at the cemetery where Mussolini is buried.

There they sang, prayed and heard a greeting from Mussolini’s great-granddaughter, Orsola.

“After 100 years, we are still here to pay tribute to the man this state loved and whom we will never stop admiring,” Orsola Mussolini said to cheers.

She listed her great-grandfather’s achievements, citing an infrastructure boom that built schools, hospitals and public buildings, reclaimed malaria-infested swamps for cities and the extension of a pension system for non-government workers. She was joined by Ella’s sister Vittoria de Ella, who led the crowd in a prayer.

The crowd gave a final shout of “Duce, Duce, Duce,” Mussolini’s honorific as dictator of Italy.

Inside the cemetery Sunday, admirers of the Duce lined up to enter his hidden crypt in a back corner, a handful at a time. They each received a memory card signed by their great-granddaughters with a photo of a smiling Mussolini holding his leather-gloved hand aloft in a Roman salute. “History will prove me right,” says the card.