Skip to content
Home » IT WASN’T REAL: A look at what didn’t happen this week 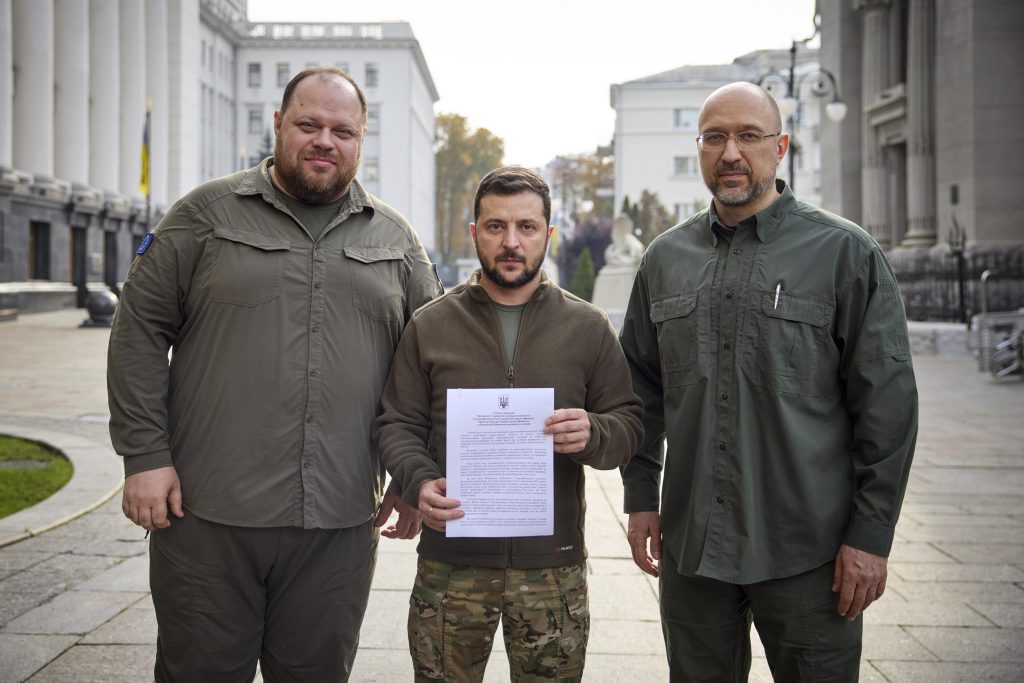 MEXICO CITY (HPD) — A roundup of the week’s most popular but completely false stories and images. None of these are legitimate even though they were widely shared on social media. The Associated Press verified them. Here are the facts:

THE CLAIM: The United States asked its citizens to leave Russia immediately because it anticipates an attack on that country.

THE FACTS: The request was made to prevent dual citizens from being banned from leaving the country or being called up to join the army to participate in the war against Ukraine.

A post shared on Facebook falsely states: “LAST MINUTE! THEY ASK TO LEAVE RUSSIA IMMEDIATELY, they anticipate an attack on PUTIN #News #UltimaHora”.

The text accompanies a video in which it is stated “The United States has asked to immediately leave Russia. It has told all its citizens that they have to leave that country because they would be anticipating a possible attack on Putin.”

But this information is not true. On September 28, the United States embassy in Russia asked its citizens to leave that nation “immediately” through a statement published on the website of the diplomatic delegation.

“United States citizens should not travel to Russia and those residing or traveling (now) to Russia should leave the country immediately while there are limited business travel options,” the official document says.

The statement details that on September 21 the Russian authorities declared a partial military mobilization to reinforce their forces deployed in Ukraine.

“Russia could refuse to recognize the US citizenship of people with dual nationality, prevent them from accessing US consular assistance, prohibit their departure from Russia and call up those who have both passports,” the text reads.

At no point is it mentioned that the country is anticipating an attack on Russia as noted in the publication.

In addition, the only thing that is included in the video to prove the assertion is a sentence in which it is presumed that there could be an attack, but no evidence is shared to prove it.

The security alert issued by the United States warns that it has “great limitations” to assist its citizens, in addition to the fact that the possibilities of leaving the country may be “further reduced” at any time.

Ukraine has not been admitted to NATO

THE CLAIM: Ukraine was officially admitted as a member of the North Atlantic Treaty Organization (NATO) and the international body has threatened to attack Russia.

THE FACTS: Ukraine has not been declared a member of NATO nor has the international body issued a threat of attack against Russia.

A video circulating on Facebook falsely claims that Ukraine was officially admitted as a NATO member state and that the international body subsequently threatened to attack Russia.

The publication with the video presents the information of the alleged admission of Ukraine to NATO and the organization’s attack on Russia as a “breaking news”.

But it is not true that this has happened. First of all, NATO has not formalized Ukraine’s accession as a member of the organization.

At the end of September, the Ukrainian president Volodymyr Zelenskyy announced that he had made a formal request to the body to be part of it. But, following the request, NATO Secretary General Jens Stoltenberg stated at a press conference on September 30 that there was still no decision on the request.

In addition, he reiterated that the war unleashed after Russia’s invasion of Ukraine was a conflict between the two nations and that NATO was not a party to the conflict.

Stoltenberg argued that NATO’s goal is to provide defense to allies when they come under attack.

He added that although Ukraine is not a member of the international organization, it remained committed to sending aid to that nation, according to transcripts of the conference available on the NATO website.

After Russia’s invasion of Ukraine on February 24, multiple edited images and false statements about the war that HPD has verified have circulated on social networks.

China did not threaten Russia after referendums in Ukraine

THE CLAIM: China recently threatened Russia, declaring that Vladimir Putin has crossed the red line in Ukraine and “must be stopped.”

THE FACTS: The publication refers to the position of China in the session of the UN Security Council in which the position of the members was discussed before the referendums that Russia recently held to annex four areas of Ukraine, but said position does not it was threatening.

The Associated Press reported that, in fact, China was one of four countries that refrained from declaring that the referendums conducted by Russia are “illegal” and have “no validity.”

On September 30, Putin confirmed the annexation of four areas of Ukraine occupied by the Russian army during a ceremony in Moscow. In his speech the president said that the Kherson, Zaporizhia, Donetsk and Luhansk regions voted in favor of joining Russia.

On the same day, the UN Security Council voted a resolution that described the referendums as “illegal” and without “any validity” and that urged all countries not to recognize any annexation of Ukrainian territory to Russia. However, Russia vetoed the resolution.

As a result of this, a publication was shared on social networks that falsely says: “LAST MINUTE! China threatens Putin has crossed the red line in UKRAINE”. The text accompanies a video in which a voice-over says: “China told Vladimir Putin that he has crossed the red line in Ukraine… His allies abstained from voting for the accessions that Russia took illegally, illegitimately from Ukraine and China is against it.”

But the reports are wrong, as the resolution’s vote in the 15-member Security Council was 10 to 1, with China, India, Brazil and Gabon abstaining.

Furthermore, in the video, seconds after mentioning the false claims, it is noted that China “did not vote” and that it “abstained”.

For two weeks – when Putin called up 300,000 reservists and revived the possibility of using nuclear weapons in Ukraine – China has called for dialogue and support “any effort” to achieve a ceasefire.

Wang Wenbin, spokesman for the Foreign Ministry, declared: “Every effort leading to a peaceful resolution to this crisis must be supported” and recalled that China’s position on the conflict “has not changed” and that it is based on “respecting the integrity territory of all countries” and in paying attention to the “legitimate concerns of all countries”.

Wenbin reiterated that China is against sanctions against Moscow as “having no basis in international law” and “not solving the problems.”

THE FACTS: The image was edited, the original version shows Gutiérrez Müller recommending a book by the Indian-American author Arun Gandhi.

In recent days, Mexican media have reported on the publication of the book “El Rey del Cash” written by journalist Elena Chávez.

The dissemination of the book has generated comments and reactions against López Obrador and his government for its critical content.

In his book, Chávez maintains that for years he observed alleged acts of corruption committed by figures close to López Obrador before he became president in 2018.

Publications that circulate on Twitter and Facebook show the altered photo of Gutiérrez Müller to say that he appears promoting the book “El Rey del Cash”.

Users commented on critical posts against the president’s wife and López Obrador.

But the image was edited. The original version is a screenshot of a video in which Gutiérrez Müller appears holding the book “The Gift of Wrath” by Arun Gandhi.

The video was released on April 3, 2020 by López Obrador’s wife on her official Facebook page as part of a government program called “National Reading Strategy.”

“Accumulating material goods, fame and other pleasures may not indicate happiness but reveal inner sadness, is what Arun Gandhi wrote,” Gutiérrez Müller posted on Facebook.

THE CLAIM: Recently the head of the Mexican National Defense Secretariat, Luis Cresencio, reported that a cartel attacked police officers with drones in Michoacán. This caused the United States to threaten to invade Mexico by legal means, and in view of this, the Mexican president ordered the army to respond to said threats.

THE FACTS: A post shared on Facebook falsely states: “Policemen attacked with drones! AMLO (López Obrador) orders the army to respond to the USA and general in shock”. The message accompanies a video in which the legend “last minute” appears and it is ensured that General Cresencio reported that the Jalisco cartel attacked Michoacán police with explosives sent in drones. The recording shows a note titled “Jalisco Cartel attacks SSP Michoacán personnel with drones.”

Later, a voiceover indicates that the president of the United States, Joe Biden, sent an ultimatum to López Obrador and warned him that “if he cannot fight organized crime” his country will invade Mexico through legal means.

Later in the video, a note is shown titled: “Texas Governor asks to designate Mexican cartels ‘terrorists’”. The voice-over says: “The United States has said that they will submit appeals to the UN to be declared terrorists” and while it continues to show the aforementioned note. Then he assures that if this happens, the United States “would have the green light to invade or intervene in national territory.”

But neither of these statements is correct.

First, the news of the drone attack by the Jalisco cartel on Michoacán police dates from April 20, 2021, it is not recent as the legend “Last minute” that appears in the video suggests. The recording also includes an audio of General Crescencio accepting what happened that was taken from a press conference he offered on April 21, 2021.

Second, this episode did not cause Biden to warn López Obrador that he would try to invade Mexico by legal means. The note used in the video to prove that there was a US reaction to the drone attack was actually posted six days before it happened, not after.

On April 15, 2021, the Governor of Texas, Greg Abbott, sent a letter to Biden and the US Vice President Kamala Harris to designate the Mexican cartels “terrorists”, but in said letter there was no mention of “invading” Mexico or “intervening”. ” in the country as the publication says.

On December 21, Abbott issued an executive order that designates the Mexican drug cartels as terrorist organizations in their state, but it also does not establish that the United States can invade Mexican territory.

Finally, there are no official communications or statements from López Obrador about the alleged order to “respond to the United States in some kind of action” neither in 2021, when Abbott sent the letter to Biden and Harris, nor in 2022 when the governor of Texas issued the aforementioned executive order.

The video also shows no evidence to prove that this happened. The only thing that it includes as evidence is the phrase: “Let them not have the slightest doubt that President López Obrador, if necessary, would call to reinforce the borders so that this does not happen.”