Skip to content
Home » It is not clear how long Xi Jinping will remain in power. 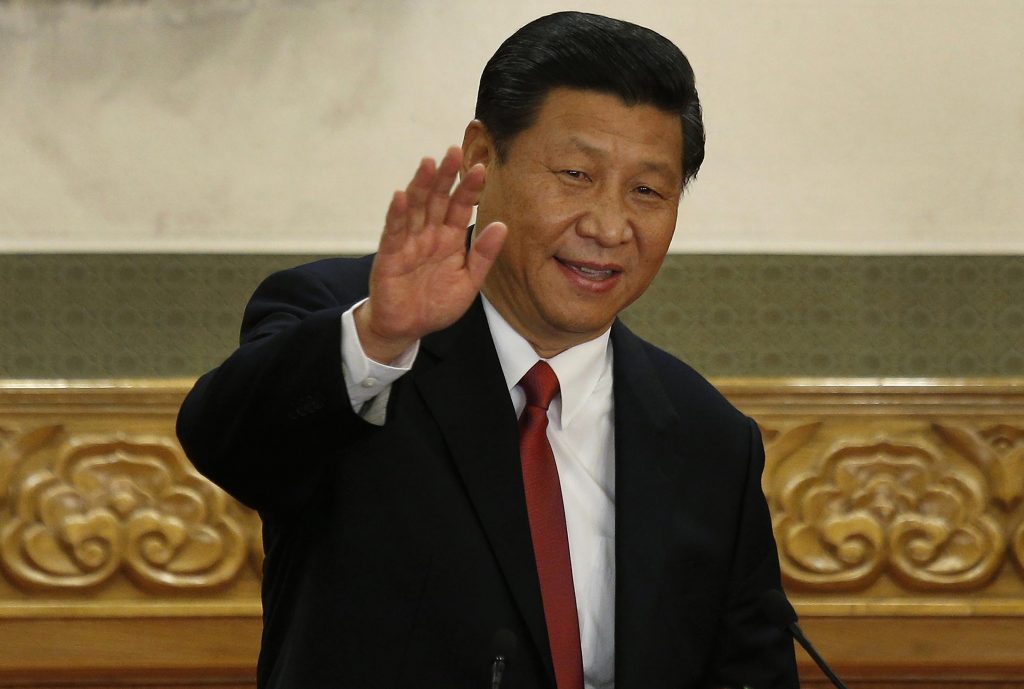 BEIJING (HPD) — On the eve of the opening of a major Communist Party of China congress, party leader, head of state and commander of the armed forces Xi Jinping appears more in control than ever, giving no sign that he will walk away from power or appoint a successor.

Xi had given little sign during his uninterrupted rise through the ranks of the party that he would become one of the most dominant leaders in modern China or set the economically and militarily ascendant country on a collision course with the political order. international led by the United States.

However, those illusions have been practically erased in the face of the opening of the 20th communist congress on Sunday.

“Xi Jinping is certainly a polarizing person,” said Joseph Torigian, an expert on Chinese politics at the American University in Washington.

While some have resented Xi’s trampling on the few freedoms citizens enjoyed under the one-party state, others say the many tough challenges China faces require a “strong leader to keep recipes for chaos and dysfunction at bay.” Torigian added.

Xi’s almost certain third term marks a break with an unofficial two-term limit that his recent predecessors have followed. What is not clear now is how long Xi will remain in power and what that means for China and the world.

“I see more than anything that Xi will get his way in the 20th Congress. Rather the question is how much more powerful it will emerge,” said Steve Tsang, director of the Institute for China Studies at the University of London. “He’s not going to emerge looking weaker.”

One of Xi’s signature policies has been an anti-corruption campaign that is popular with the public and has conveniently allowed him to sideline potential rivals. A former justice minister and deputy public security minister received suspended death sentences last month.

The persistent anti-corruption campaign, adds Tsang, shows that “anyone who stands in their way will be crushed.”

Xi, 69, had the right lineage to rise to the top. He had a privileged childhood in Beijing as the son of Xi Zhongxun, a former deputy prime minister and guerrilla commander in the civil war that brought Mao Zedong’s communists to power in 1949.

His family, however, fell victim to the whims of the Mao government during the anarchy of the 1966-1976 Cultural Revolution, which exiled intellectuals to the countryside and subjected many to humiliation and beatings in the name of class struggle.

His father was jailed and Xi, then 15, was sent to live in a poor rural village in Shaanxi province in 1969 as part of Mao’s campaign for educated urban youth to learn from peasants. He lived as the villagers lived in a shed carved into the cliffs in the area.

The experience is said to have toughened Xi and given him an understanding of the plight of rural people. She stayed in the village for six years, until he received a coveted scholarship at the prestigious Tsinghua University in Beijing.

“Knives are sharpened with stones. People are refined by vicissitudes,” Xi told a Chinese magazine in 2001. “Every time I encountered a problem afterwards, I remembered how difficult it was to do things back then, and then nothing seemed difficult to me anymore.”

Alfred Wu, who covered Xi for state media in Fujian, remembers him as quiet and low-key, not the single-minded person he has become as a national leader.

Xi was transferred to neighboring Zhejiang province in 2002, where he was party leader for more than four years, one post above governor. He was then made party secretary in nearby Shanghai in 2007 after his predecessor was swept up in a corruption scandal.

During his time in Fujian, Zhejiang and Shanghai, Xi was seen mostly as a pragmatist who did not generate bold proposals, but who was generally supportive of the economic reforms initiated by Deng Xiaoping and which especially benefited coastal areas, such as those in those three jurisdictions. .

As governor, he also denounced corruption in Fujian after a major smuggling scandal, perhaps a sign of the nationwide campaign that launched his rise to the top.

Xi was thrust into the national spotlight in 2007, when he joined the powerful Standing Committee of the Communist Party’s Political Bureau, a prelude to being appointed to the top job at the next congress in 2012.

Xi has taken control of military and economic affairs and has his name enshrined in the party constitution along with Mao’s, by adding a reference to his ideology: Xi Jinping Thought.

The ideology is vague, but it emphasizes resurrecting the party’s mission as China’s political, economic, social and cultural leader and its central role in achieving the goal of “national rejuvenation,” the country’s restoration to a position of prominence in the world.

His government has increased the role of state industry as it launches antitrust and data security crackdowns on major private firms, including online retail giant Alibaba Group and the owner of the popular WeChat messaging service, Tencent Holding.

Xi has also revived a 1950s propaganda slogan of “common prosperity” in recognition of the widening gap between the rich and the poor, though it is unclear whether the government plans initiatives to resolve it.

With the economy battered by pandemic restrictions and a government crackdown on real estate debt, concerns are mounting that Xi is orchestrating a move away from Deng’s strategy of “reform and opening up” that fueled four decades of growth.

Wu sees Xi as a disciple of Mao rebelling against Deng, who allowed the private sector to flourish and sought positive ties with the West. “He is really anti-US and anti-Western,” Wu opined.

Xi’s more belligerent approach stems from a conviction that it is time for a stronger China to play a bigger role in international affairs and resist outside pressure.

Xi has antagonized Japan, India and other Asian neighbors by promoting claims to disputed islands in the South and East China seas and territories in the Himalayas. He has increased military and diplomatic pressure on Taiwan, the democratic island that the Communist Party says is part of China.

Relations with the United States have fallen to their lowest level since diplomatic ties were established in 1979, with the Joe Biden administration maintaining tariffs imposed by his predecessor Donald Trump and blocking Chinese access to important US technology.

Inside China, the Communist Party has stepped up electronic surveillance, in addition to tightening already tight controls on speech and the press. It has also cracked down further on dissent, censoring even mild criticism and jailing those it deems overreach.

Authorities have detained a million or more members of predominantly Muslim ethnic groups in the western region of Xinjiang in a crackdown on extremism that has been called genocide by the United States. In Hong Kong, the Xi government responded to mass protests with a tough national security law that has eliminated political opposition and disrupted the city’s once free nature.

Xi faces a challenge to his government’s tough policies against COVID-19, which have taken an economic and human toll. Small groups of residents staged protests during a two-month lockdown in Shanghai this year.

In a rare political protest, someone this week hung banners from an overpass in Beijing calling for freedom, not lockdowns, as well as student and worker strikes to force Xi out. The posters were quickly taken down, police were deployed and any mention of the incident was removed from the internet.