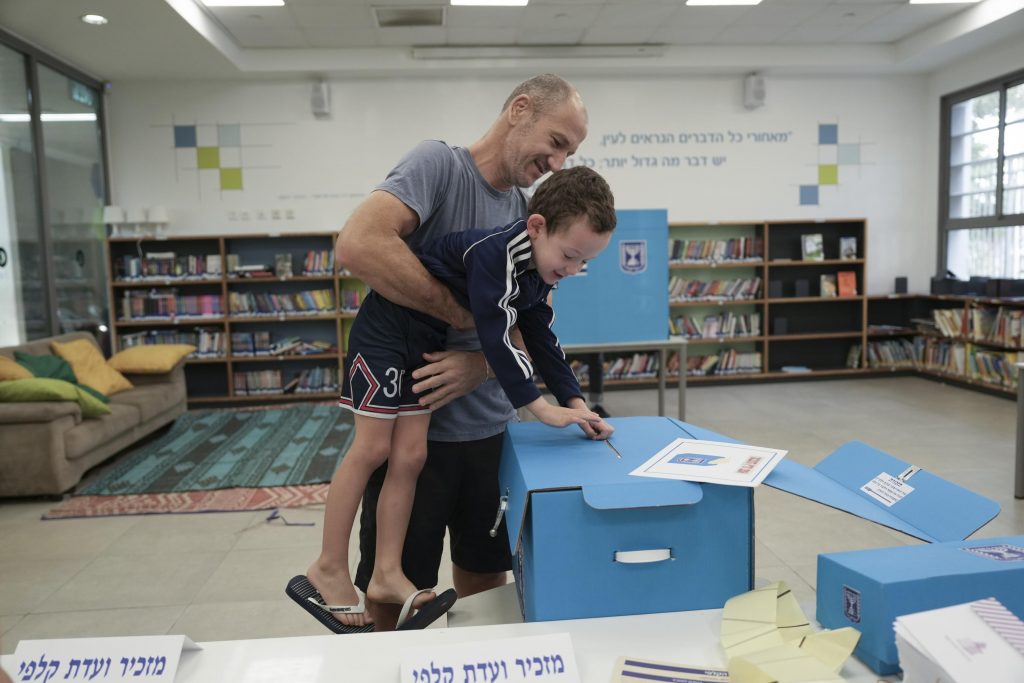 JERUSALEM (HPD) — Israelis began voting Tuesday in the fifth national election held since 2019, hoping to break the political deadlock that has paralyzed the country for the past three and a half years.

The main topic was again former Prime Minister Benjamin Netanyahu and to what extent he is fit to govern in full trial for corruption. His main rival was acting Prime Minister Yair Lapid, a centrist who formed the brief coalition that relegated Netanyahu to the opposition last year. Opinion polls pointed to another close vote.

Polls closed at 10 p.m., but official results were not expected until Wednesday and the process of forming a new governing coalition could take weeks.

Although the campaign had a familiar echo, an influential new competitor had made a difference: far-right lawmaker Itamar Ben-Gvir. His Religious Zionism party seemed poised to be the third largest group in parliament. If he propelled Netanyahu to victory, Ben-Gvir would press for a further toughening of the strategy against the Palestinians.

After voting in the West Bank settlement where he resides, Ben-Gvir promised that voting for his party would make it possible to form a “totally right-wing government” with Netanyahu as prime minister.

Several of his former allies and protégés have refused to govern with him while the trial continues, so Netanyahu has been unable to form a viable government in the 120-seat Knesset, or parliament. His rivals, a constellation of parties from different ideological currents, have the same problems in gathering enough 61 seats to govern.

“I’m a little worried,” Netanyahu said after voting. “I hope we end the day with a smile.”

The prolonged stalemate has plunged Israel into an unprecedented political crisis that has eroded public confidence in its rulers and democratic institutions.

“People are tired of instability, of the government not delivering,” said Yohanan Plesner, a former parliamentarian who now heads the Israel Democracy Institute, a think tank in Jerusalem.

Bolstered by the quasi-religious adoration of his supporters, Netanyahu, 73, has rejected calls for him to step down. His rivals claim that someone who is tried for fraud, breach of trust and taking bribes cannot govern. He denies the accusations, although embarrassing details of the trial regularly make the front pages of newspapers.

No party has ever achieved a parliamentary majority in Israel’s fragmented politics, and governing requires building coalitions. Netanyahu’s most likely route back to government is an alliance with extremist ultra-nationalist and ultra-Orthodox parties.

These parties would demand key portfolios in a Netanyahu government, and some have promised reforms that would make the former president’s legal problems disappear.

If no one manages to form a governing coalition, another election would be planned for early 2023.