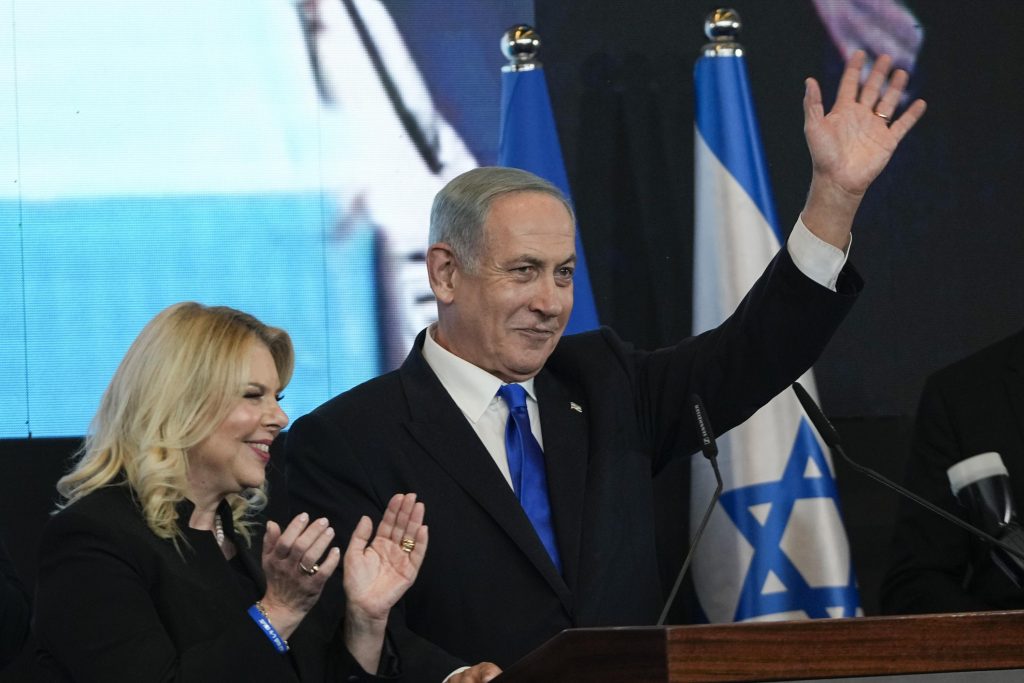 In a statement, Lapid congratulated Netanyahu and instructed his office to prepare for an orderly transition of power.

Lapid, who has served as caretaker prime minister for the past four months, made the announcement after a nearly completed vote count showed Netanyahu had a parliamentary majority.

The former prime minister is expected to lead one of Israel’s most right-wing governments when he takes power, likely in the coming weeks.

Israel held its fifth election in four years on Tuesday, amid a protracted political crisis that has seen voters divided over Netanyahu’s suitability to serve while on trial for corruption. The counting of ballots was about to conclude and the final results could be known later Thursday.

Netanyahu and his ultra-nationalist and ultra-Orthodox allies are likely to win 65 seats in the 120-seat Parliament. His opponents in the current coalition, led by caretaker Prime Minister Yair Lapid, were expected to win 50 seats.

Netanyahu’s victory and likely comfortable majority could end Israel’s political instability for now, but it will leave Israelis divided over his leadership and over the values ​​that define their state: Jewish or democratic.

Netanyahu’s main ally in government is expected to be the far-right Religious Zionism party, whose leading candidate, Itamar Ben-Gvir, a disciple of a racist rabbi, says he wants to end Palestinian autonomy in parts of the West Bank. Until recently, Ben-Gvir hung a photo in his home of Baruch Goldstein, an American-Israeli who killed 29 Palestinians in a West Bank shooting in 1993.

Ben-Gvir, who wants to deport Arab lawmakers, says he wants to be appointed head of the ministry in charge of the police.