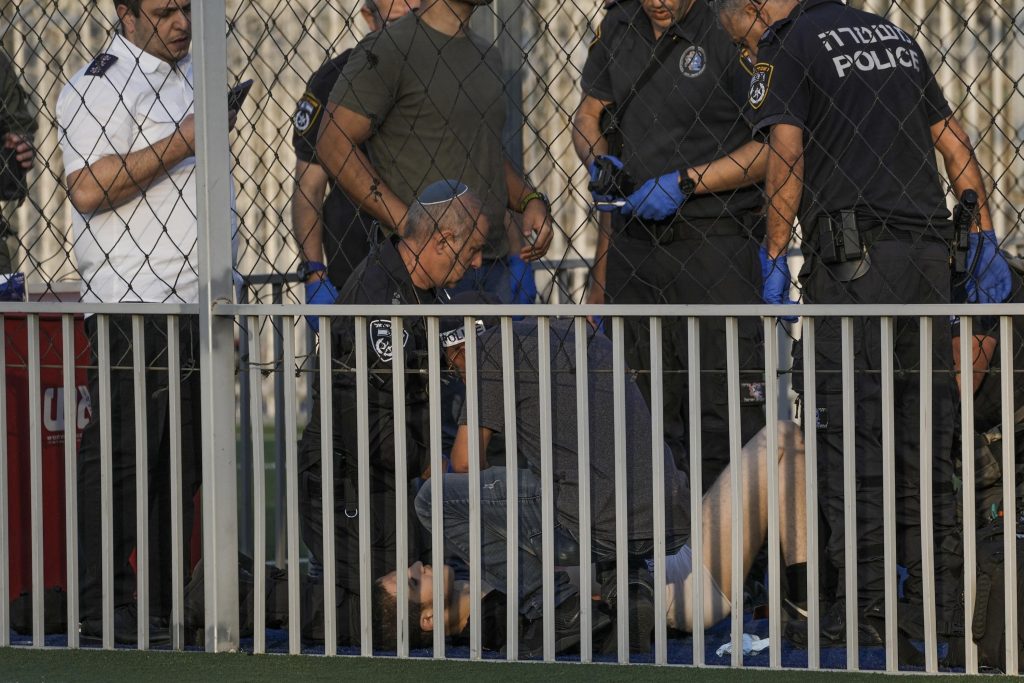 JERUSALEM (HPD) — Israeli police shot and wounded a Palestinian teenager suspected of carrying out a knife attack in Jerusalem on Saturday. The Palestinian authorities indicated that the young man is seriously injured.

It was the latest in a series of incidents of deadly violence in east Jerusalem and the occupied West Bank since the spring, making this year the deadliest since 2015.

Israeli police said the Palestinian teenager seriously injured an Israeli pedestrian before escaping into an East Jerusalem neighborhood. He added that he identified the assailant and shot him when he turned toward a police officer with an “object” in his hand. The statement does not explain how police identified him, what type of object he was holding or how close he was to the officer when he was shot.

The official Palestinian news agency Wafa reported that the suspect is 16 years old and was seriously injured by Israeli gunfire. He did not provide his name or further details. Israeli paramedics took him to a hospital in Jerusalem.

In other developments, the Palestinian Health Ministry said a 32-year-old man died in a hospital on Saturday after being shot by Israeli forces near a checkpoint in the northern West Bank.

Palestinian attackers have carried out a series of stabbings, shootings and car hits in East Jerusalem and the West Bank in recent years. Although Israel claims that it uses lethal force only in life-threatening situations, Palestinians and human rights groups accuse Israeli security forces of using excessive force and, in some cases, killing people not involved in violence.

The violence escalated in the spring as Israel stepped up its nightly raids in the occupied West Bank to go after people suspected of involvement in attacks. The raids often spark deadly clashes between the army and the Palestinian population.

More than 125 Palestinians have been killed in clashes in the West Bank and East Jerusalem this year. The violence has increased since a series of Palestinian attacks killed 19 people in Israel.