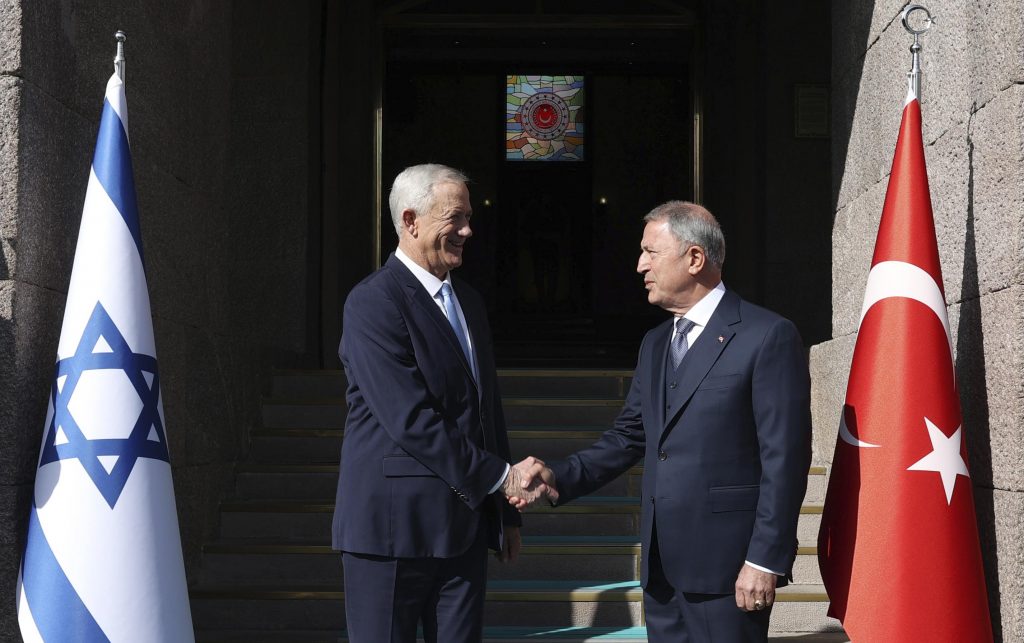 After meeting with his Turkish colleague Hulusi Akar in Ankara, Benny Gantz said he instructed his staff to “begin the procedures required to resume working relations.”

“It is no secret that our ties have run into difficulties,” said Gantz, who became the top Israel defense official to visit Turkey in more than a decade.

“Going forward, we must take a stable, positive approach to our relations — maintaining an open dialogue,” he said.

Turkey and Israel were once close regional allies with extensive military ties, but the relationship became strained under Turkish President Recep Tayyip Erdogan. The Turkish ruler has criticized Israel’s policies towards the Palestinians, while Israel has objected to Turkey’s ties with the Islamist group Hamas, which rules the Gaza Strip.

Relations broke down in 2010 after Israeli commandos boarded a flotilla carrying humanitarian aid for Palestinians in Gaza, violating the Israeli blockade. The incident resulted in the deaths of nine Turkish activists and the countries withdrew their respective ambassadors.

Following an attempt to mend ties, Turkey withdrew its ambassador again in 2018 after the United States moved its embassy and Israel to Jerusalem.

Last month, Erdogan and Herzog met on the sidelines of the UN General Assembly in New York.