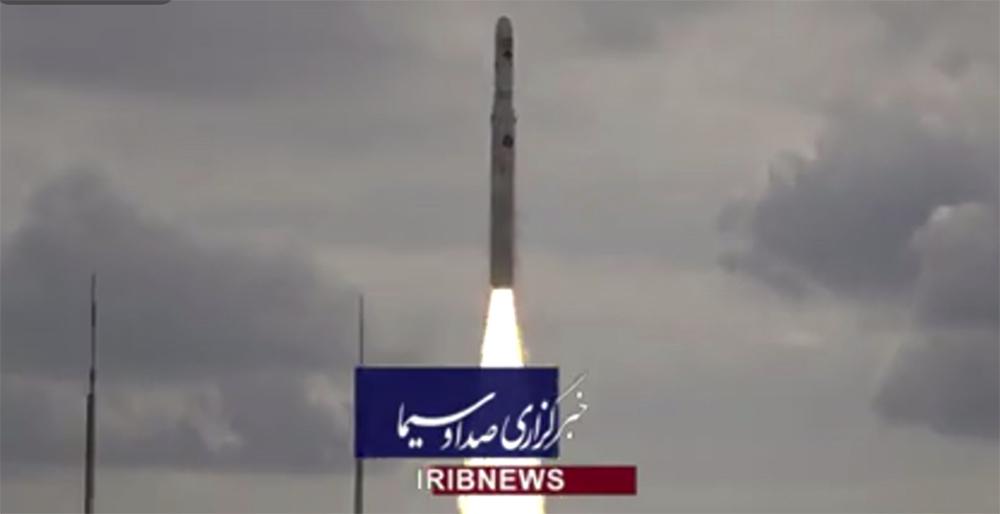 According to Iranian state television, the Guard successfully launched the solid-fuel rocket, calling it a Ghaem-100 satellite carrier. It broadcast images of the rocket taking off from a desert launch pad into a cloudy sky.

The report did not reveal the location, but it resembled the Imam Khomeini spaceport in the rural Iranian province of Semnan.

State news agency IRNA reported that the rocket could launch an 80-kilogram (176-pound) satellite into orbit about 500 kilometers (310 miles) from Earth.

Gen. Amir Ali Hajizadeh, commander of the Guards aerospace division, said he hoped the force would soon use the rocket to launch a new satellite, called Nahid, into orbit.

Iran maintains that its satellite program, like its nuclear activities, are for scientific and other civilian purposes. The United States and other Western countries have long been suspicious of the program because the same technology can be used to develop long-range missiles. Previous releases have drawn rebukes from Washington.

Over the past decade, Iran has put several short-lived satellites into orbit, and in 2013 it launched a monkey into space. However, the program has had problems recently. There have been five failed launches in a row for the Simorgh program, another satellite-carrying rocket.

A fire at the Imam Khomeini spaceport in February 2019 killed three researchers, officials said at the time. A rocket explosion on the launch pad that same year drew the attention of then-President Donald Trump.