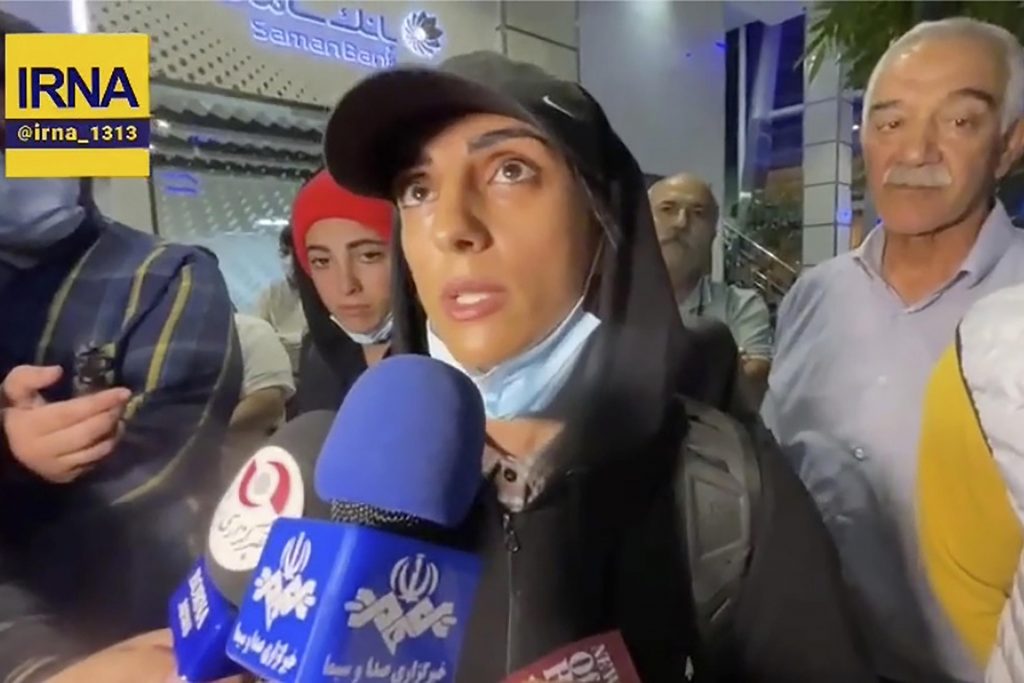 DUBAI, United Arab Emirates (HPD) — Iranian competitive climber Elnaz Rekabi received a hero’s welcome as she returned to Tehran on Wednesday after competing in South Korea without the mandatory headscarf required of female athletes by the Islamic Republic.

Rekabi decided not to wear the hijab during a competition last Sunday in the fifth week of widespread protests following the death of a 22-year-old woman on September 16 while in police custody. Mahsa Amini was arrested because of her dress, and in protests women have removed their compulsory hijab in public.

The demonstrations in a hundred cities, in which they participate from school children to oil workers, represent the most serious challenge to the Iranian theocracy since the mass protests after the disputed presidential election of 2009.

Rekabi supporters and the Farsi-language press outside Iran have expressed fears for Rekabi’s safety since she opted to compete without the hijab.

On Wednesday, Rekabi reiterated a previously posted explanation on an Instagram account on her behalf that the hijab skipping was “unintentional.” The Iranian government puts pressure on activists at home and abroad, often airing confessions that human rights defenders denounce as coerced.

When he left an airport terminal, filmed by state media, he was wearing a black baseball cap and a black hood that covered his hair. She accepted flowers offered by a person and repeated her Instagram message that the omission of the hijab was “unintentional”.

Before the climb, she was in a women-only waiting room, she said.

“Because I was busy putting on my shoes and equipment, I forgot to put on my hijab and went out to compete,” she said, adding, “I returned to Iran serenely, although I suffered a lot of pressure and stress. But so far, thank God, nothing has happened.”

Upon leaving, she got into a van, which slowly traveled the section where people applauded her. Then she set off in an unknown direction..