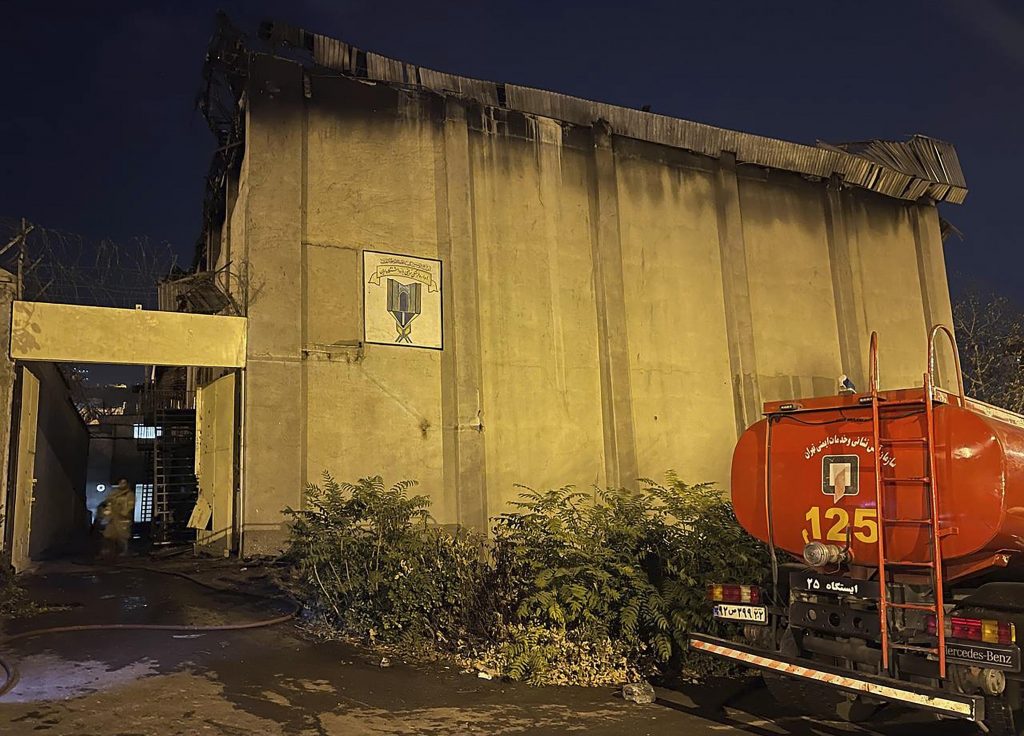 There were still few details about the prison fire, which began Saturday night as nationwide anti-government protests, sparked by the death of a young woman in police custody, entered their fifth week.

All of the deceased were being held on robbery charges, Mizan added. The agency described the incident as a “prisoner fight and a fire,” although it offered no evidence to support that version. Activists outside of Iran have expressed skepticism about the government’s claims, especially since their recent descriptions of the demonstrations have been so different from eyewitness accounts.

The flames and heavy smoke rising from Evin prison were clearly visible on Saturday night. Videos circulating on the internet recorded the sound of gunshots and explosions in the prison area.

The fire was extinguished after several hours and no detainee escaped, according to state media.

The authorities have tried to distance themselves between the events in the prison and the protests, although state media have given conflicting accounts of the violence in Evin. Hundreds of people are being held at the complex, where human rights groups have reported repeated abuse of prisoners.

The protests erupted amid public outrage over the death of 22-year-old Mahsa Amini while in police custody. The woman was detained by the Iranian morality police for violating the country’s strict dress code. The Iranian government insists Amini was not ill-treated, but her family says her body showed bruises and other signs of beatings after her arrest.