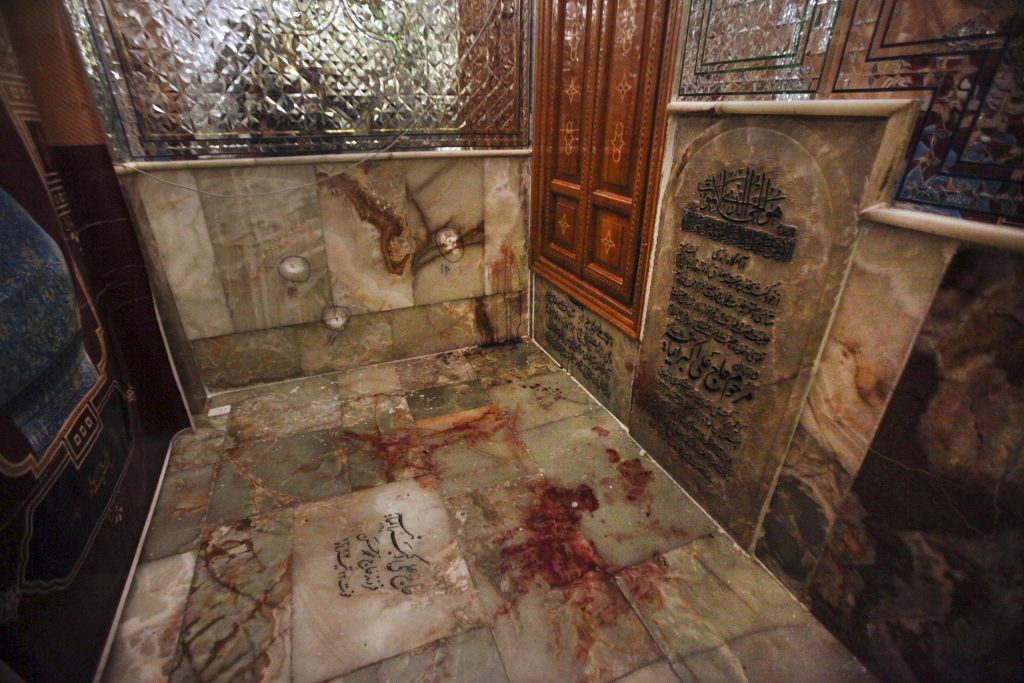 DUBAI, United Arab Emirates (HPD) — Iran’s two top leaders tried Thursday to link the protests rocking the country to an attack claimed by the Islamic State at a famous mosque that killed 15 people.

The comments by Supreme Leader Ayatollah Ali Khamenei and President Ebrahim Raisi come as Iran’s theocracy has been unable to contain the demonstrations, sparked by the death of Mahsa Amini, a 22-year-old woman, after being detained by police. Iranian morale for not wearing the Islamic veil correctly.

The protests, the most serious unrest to grip Iran since 2009, have grown to now include anger at the poor state of the country’s economy and theocracy as well. More than 200 people have been killed during the crackdown and thousands more have been arrested, activists say.

Images released by authorities Thursday showed the attacker walking near the mosque with a large backpack and then entering with a Kalashnikov-style assault rifle. The barefoot worshipers inside tried to flee when the man opened fire and he went after them. Blood could be seen on the floor of the mosque.

Police captured the man, whom authorities have yet to identify. The Islamic State group claimed responsibility for the attack.

In a speech on Thursday, Raisi said “riots” gave way to the attack in Shiraz. However, there is no evidence linking extremist groups to the demonstrations in recent weeks, which are mostly peaceful and have been heavily repressed by the authorities.

“The enemy wants the riots to pave the way for terrorist attacks. The enemy is always the enemy,” Raisi said.

For his part, Khamenei, 83, blamed the attack on a “plot by enemies.”

“We all have a duty to strike a blow at the warmongering enemy and his treacherous and foolish cohorts,” Khamenei said. “All our people, from the security forces and the judiciary and the activists in the field of communication, we must be united against the wave that despises and disrespects people’s lives, their safety and their belongings. sacred”.

Meanwhile, protests continued on Thursday, particularly in the northwestern city of Mahabad, some 515 kilometers (320 miles) from the capital Tehran. Videos online showed protesters outside government offices as gunshots rang out in the background. Other videos showed a building on fire.

The state news agency IRNA later said the “rioters” damaged public property, including breaking the windows of some banks and a tax administration office.

The protests were sparked by the shooting death of a man overnight. The Kurdish group Hengaw Human Rights Organization released a purported video of the man’s funeral before the demonstrations began. Authorities acknowledged that the man was shot to death.

Hengaw later reported that two more people were killed in demonstrations Thursday in Mahabad by law enforcement shooting at protesters.