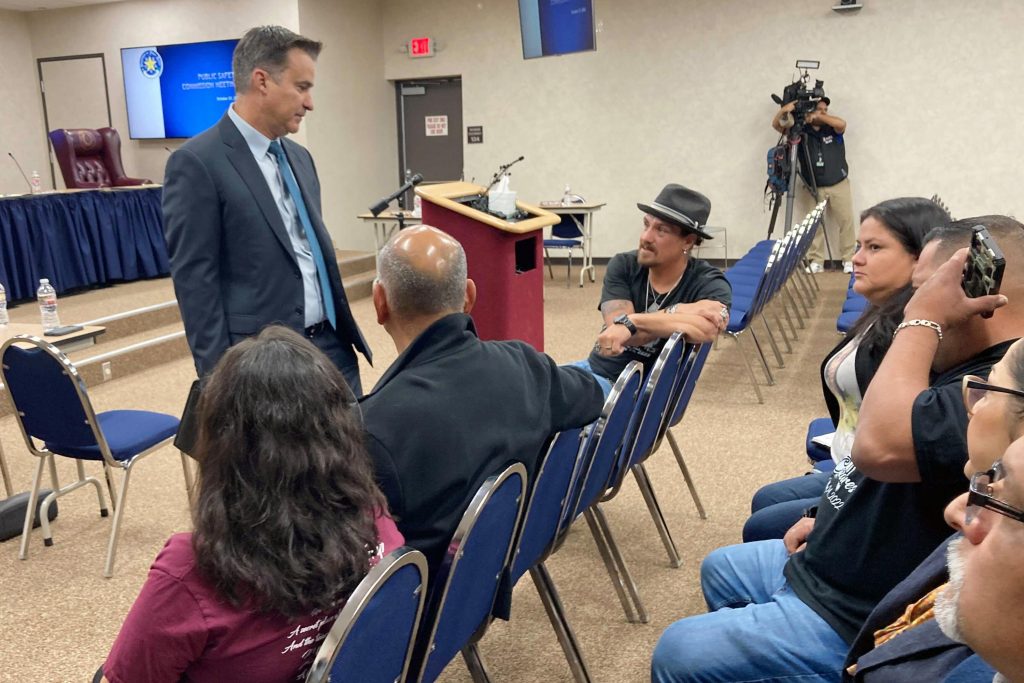 AUSTIN, Texas (HPD) — A criminal investigation examining the faltering police response to the Uvalde school massacre that killed 19 children and two teachers will be completed by the end of the year, the chief of police said Thursday. Texas State Police.

Colonel Steve McCraw, head of the state Department of Public Safety, told a public meeting in Austin that the Texas Rangers’ findings will be turned over to prosecutors “in about two months.” But he gave no indication if any of the nearly 400 police officers who waited more than 70 minutes before confronting the gunman at Robb Elementary School on May 24 will face charges.

“The criminal investigation is looking at police officers, plain and simple,” McCraw said.

He also defended members of the state police in the face of increased scrutiny. There were 91 state police officers on the scene at the time of the massacre. Several Uvalde families demanded his resignation during the meeting.

The commission oversees state police and is a four-member board, all appointed by Republican Gov. Greg Abbott, a longtime McCraw supporter. The board did not ask him any questions about Uvalde.

The meeting came a week after the department fired one of seven state troopers under investigation for their actions during one of the worst school shootings in US history.

McCraw apologized Thursday for the fact that the department originally said the attacker had gained entry to the school because a teacher had used a rock to hold open an exterior door. The teacher had returned and closed the door, but it was not secured.

But McCraw insisted his department “didn’t fail the community,” which was condemned by the assembled family members.