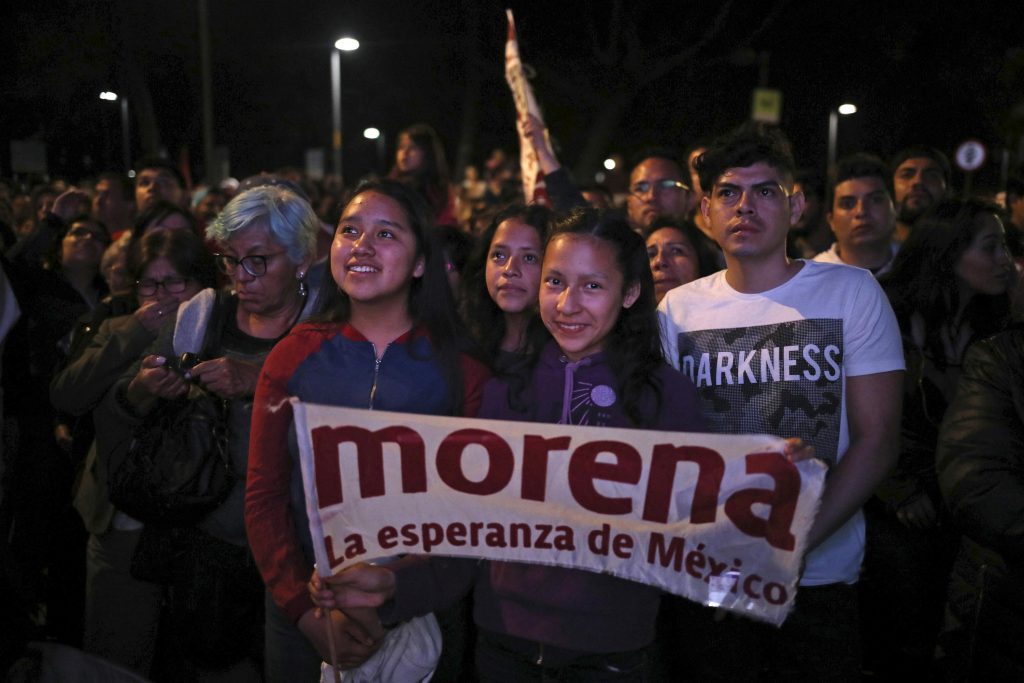 With Morena now dominating, the biggest question in Mexican politics has become what kind of internal divisions will affect the party — which basically exists because of López Obrador — when he retires in 2024. The answer seen this week is that surely it won’t be nice.

The bloodshed literally began on Friday, when Salvador Llamas, a member of Morena’s national committee, was shot dead in front of terrified diners at an upscale steakhouse in the western city of Guadalajara.

The victim worked as a local official in the tourist port of Puerto Vallarta, which, like the rest of the state of Jalisco, is dominated by the Jalisco New Generation Cartel. Strangely, Llamas was shot by a man who was sitting with him at his table. Local prosecutors said the murder appeared to be related to drug trafficking.

The murder revived the discomfort of the internal elections to lead Morena in August, which were full of accusations of fraud. Llamas was elected by a suspiciously wide margin in that vote.

John Ackerman, an American-born academic and party dissident, tweeted that Llamas was “a narco from Vallarta, adviser to Morena for dragging people.”

López Obrador later said there was no evidence so far that Llamas was involved with the cartels.

Another dispute erupted over the weekend, when the governor of Campeche, a state on the Gulf of Mexico coast, suggested she had embarrassing wiretapping information about Ricardo Monreal, Morena’s boss in the Senate.

Monreal is running for the nomination to succeed López Obrador, who is constitutionally ineligible for re-election, even though Mexico City mayor Claudia Sheinbaum has emerged as the clear favorite. Monreal’s campaign has been loud enough to claim that Morena leaders want to shut him up.

Entering that dispute was Campeche Governor Layda Sansores, a flamboyant ally of the president, known for her bright red hair. When she became governor, embarrassing wiretaps involving some of Mexico’s top politicians came into her hands.

Campeche is a long way from the centers of power, but its state prosecutor, Renato Sales, was head of the National Security Commission and would no doubt know how to obtain those recordings. Sales’ office did not respond to a request for comment.

Sansores has previously used audio to damage the reputation of Alejandro Moreno, head of the once all-powerful Institutional Revolutionary Party (PRI, which ruled Mexico from 1929 to 2000). In a radio program that she hosts, Sansores played the audios where Moreno is heard saying “you don’t have to shoot journalists to death, dad, you have to starve them.”

On Tuesday, the governor presented a series of WhatsApp messages purportedly between Monreal and Moreno, in which Monreal appeared to offer to intercede with prosecutors to help resolve Moreno’s legal issues. Sansores did not specify how she gained access to the conversations, saying only that they “fell” into her hands and that she still had hundreds more to reveal.

Monreal has previously said that during his time in the opposition he had been spied on by the ruling party, “but never by my own party.”

“It is a fratricidal war within Morena,” declared Monreal. “It is unacceptable, implausible, that we are destroying ourselves internally.”

Hubert Carrera, a veteran newspaper columnist in Campeche, believes that Sales has a surveillance unit and that Sansores is acting as an enforcer for López Obrador, who apparently does not want to stoop to playing intra-partisan politics.

“The problem is that Ricardo Monreal is not submissive to Andrés Manuel López Obrador and is about to break up with Morena,” said Carrera. “Because there is an instruction from President Andrés Manuel López Obrador that through Layda Sansores all enemies be attacked, even if they are from the same political party as the National Regeneration Movement, they are attacked to prevent those interests from influencing against their bottle cap. Claudia Sheinbaum’s favorite”.

The president’s political style dates back to the glory days of the PRI in the 1970s, when Mexico was flush with oil money and the government could reward loyal unions and farm groups with cash. Politics then was full of intrigue, backroom deals, and sharp elbows as people vied for the approval of the all-powerful president of the day.

López Obrador himself has played secretly recorded phone calls during his morning press conferences and has used allegedly confidential tax information to try to discredit a journalist he does not like. In general, the president said that the Sansores-Monreal dispute did not bother him too much.

“It does not affect politically, it can even benefit. Without a doubt, it is in bad taste, that is, that should not prevail, that is my point of view, ”she added.

López Obrador’s lack of concern may be due in part to the fact that he has never tried very hard to build a real party. He is happy to keep Morena as a reflection of his own outsize personality and has been happy to welcome discredited PRI figures into him.

Those elements are likely to clash with López Obrador’s more left-wing supporters once the president steps down.

“He leaves and leaves us in the hands of the devils,” Ackerman, the Morenoite dissident, recently warned.

Some leaders have already parted ways with Morena, such as the party’s former leader in the lower house of Congress, Porfirio Muñoz Ledo.

“The current government… is a disorderly populacherism and contrary to the rule of law,” he assured.

“She does not have the political experience that they have,” said Acuña Murillo. The forecast is that when López Obrador is not there to control these groups, there will be a greater confrontation, added the academic.

“And if we know anything, it is that the opposition is so weak that the risk for Morena is open,” he said.