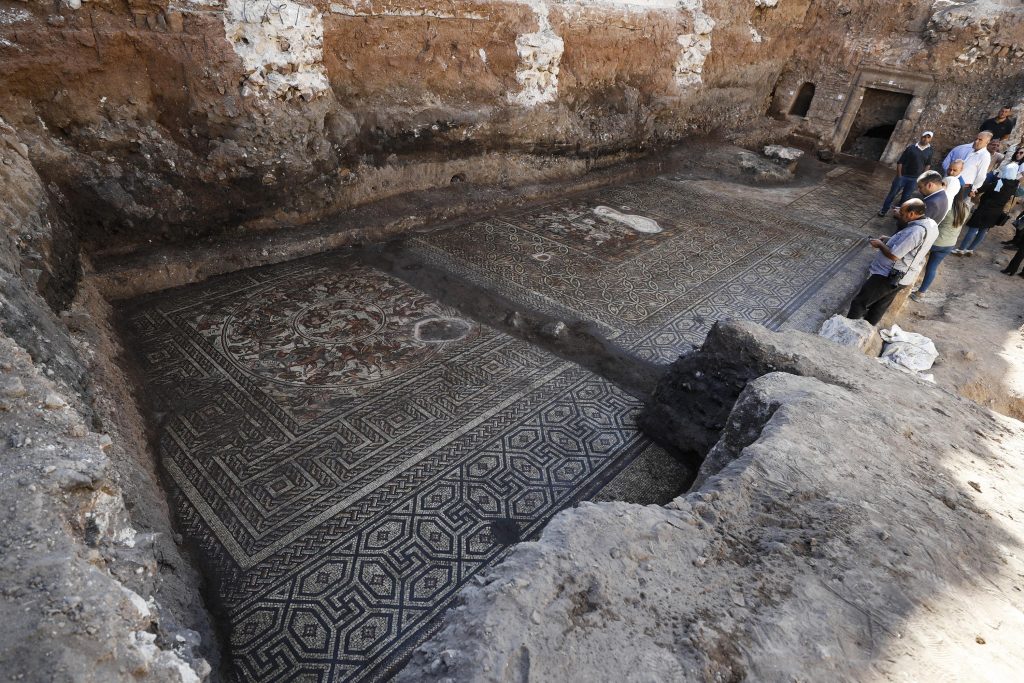 RASTAN, Syria (HPD) — Syria has discovered a huge, intact mosaic dating back to the Roman era, saying Wednesday it is the most important archaeological find since the country’s conflict began 11 years ago.

Journalists were able to see the mosaic in the town of Rastan, near Homs, the country’s third largest city.

The 1,300-square-foot (120-square-meter) mosaic is housed in an old building where excavations were conducted by the General Directorate of Antiquities. Lebanese and Syrian businessmen from the neighboring country’s Nabu Museum bought the property, which dates back to the 4th century, and donated it to the Syrian state. Each panel is made up of colorful square stones about half an inch on a side.

“What we see in front of us is a discovery that is rare on a global scale,” Saad told The Associated Press. He added that the images “rich in detail” include scenes from the Trojan War between the Greeks and Trojans.

In Greco-Roman mythology, the demigod Hercules killed Hippolyta, queen of the Amazons, in one of his 12 labors.

The mosaic also shows Neptune, god of the sea, and 40 of his lovers.

“We can’t identify the type of building, whether it was a public toilet or something else, because we haven’t finished excavating it yet,” Saad told the HPD.

Sulaf Fawakherji, an actress and Nabu Museum board member, expressed hope that she could buy other buildings in Rastan, which she says is full of ancient sites and undiscovered artifacts.

“There are other buildings and it is clear that the mosaic is much wider,” Fawkherji told the HPD. “Rastan is a historically important city and could be a very important city for tourism because of its heritage.”

Despite Rastan’s historical importance, Saad said no significant excavations had been carried out even before the armed conflict.

“Unfortunately, armed groups tried to sell the mosaic in 2017 and presented it on social media,” he said.

Syrian archaeological sites have suffered looting and destruction throughout the conflict.

One of the most notable incidents was the Islamic State’s takeover of Palmyra, a UNESCO World Heritage Site that boasts massive 2,000-year-old Roman colonnades and priceless artifacts. The group partially destroyed a Roman theater. The cash-strapped Syrian government has slowly rebuilt Aleppo’s old bazaar by retaking the city in 2016.