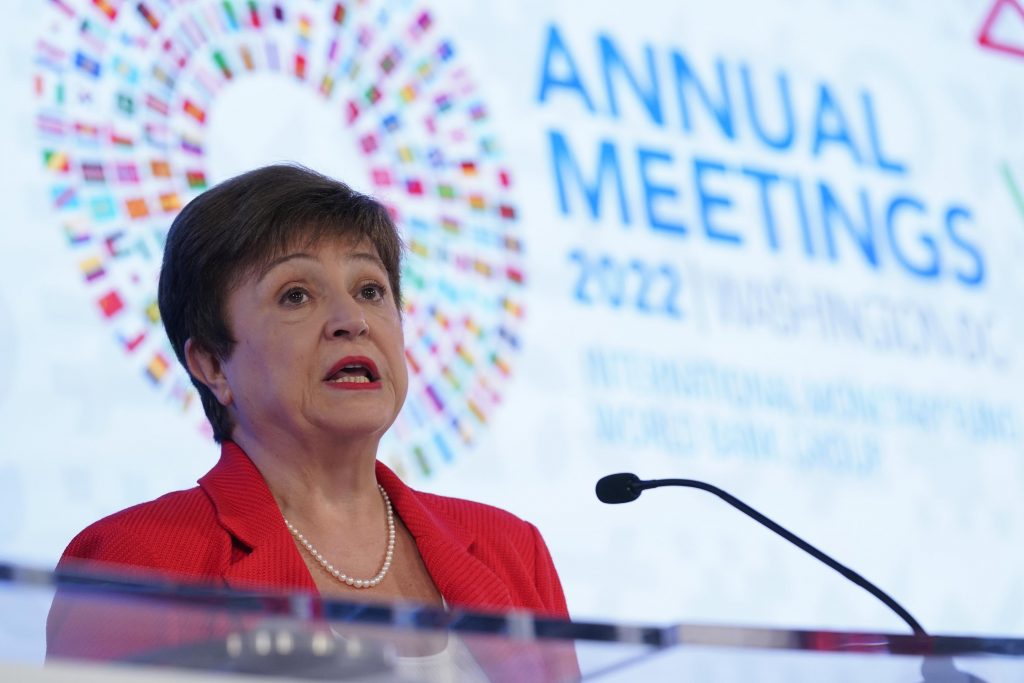 WASHINGTON (HPD) — Warning that inflation threatens to become “a runaway train,” the managing director of the International Monetary Fund urged political leaders Thursday to keep up the fight against rising prices, even if it means more pain. at a time of extraordinary economic turbulence.

Speaking to reporters, IMF chief Kristaline Georgieva declared that the world economy “has been hit by one shock after another”: the coronavirus pandemic, the Russian invasion of Ukraine and the rising rate of inflation.

However, he stated that controlling price increases should take priority. “If we don’t restore price stability, we will undermine growth prospects,” he said, before adding: “We cannot allow inflation to become a runaway train: it would be bad for growth, bad for people and especially bad for the poor”.

The US Federal Reserve and other central banks have been raising interest rates to try to control inflation. On Thursday, the US government reported that the rate of inflation accelerated in September, with the cost of housing and other assets intensifying the pressure on Americans. Consumer prices rose 8.2% from September last year.

Georgieva acknowledged that higher borrowing costs would weigh on economic growth, but urged policymakers to restrain their spending as they try to ease the burden.

He stressed that governments, many of them already heavily indebted after battling the pandemic, should focus on helping the most vulnerable in times of food shortages and extremely high energy costs, and not on broader spending programs.