Skip to content
Home » “I’m gay”. He took decades to tell others. 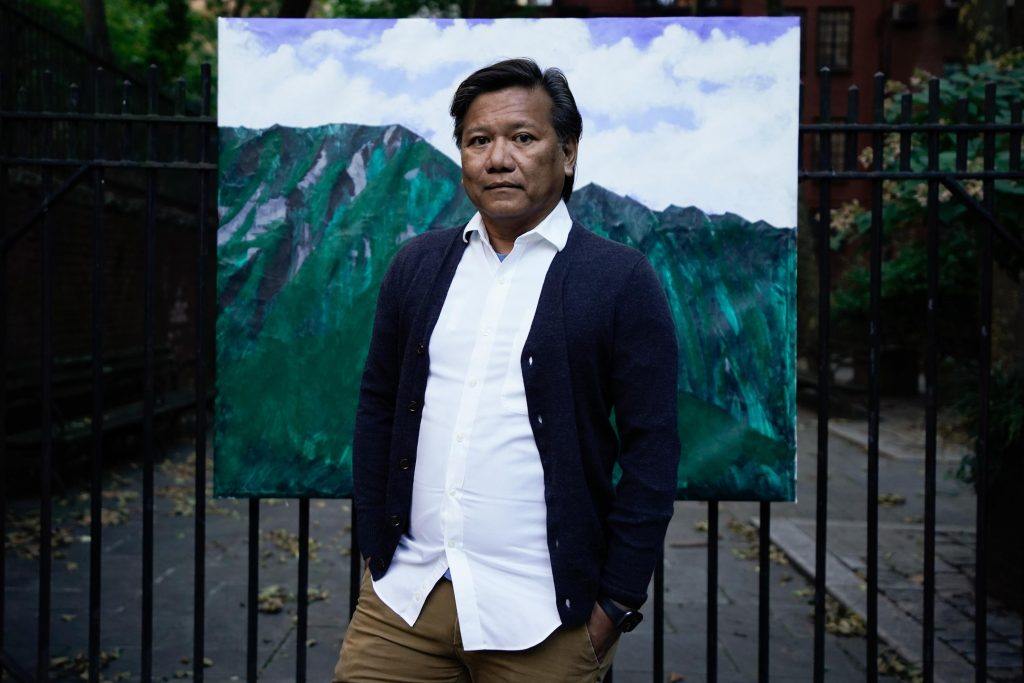 I crouched down on the wet grass and pulled out some weeds that had grown next to my father’s headstone. He had a hard time finding the words –and the courage– to tell him what I couldn’t tell him in life. He had flown thousands of miles to Sacramento to visit my father and reveal the secret I had kept for most of my 57 years.

My father had not been the type of person to have open-hearted conversations with his children. And I’m not one of those who tell the most intimate things about him to his family, not even to my closest brothers. I kept my worst torments well inside.

I stuttered when speaking in front of his grave. It took me half an hour to put together a complete sentence while I continued to clear weeds and arrange the flowers I had brought her. “Daddy, I have to tell you something I wanted to tell you for a long time.”

With a broken voice, for fear that the breeze would carry my secret to someone’s prying ears, I finally told my father, who had passed away 24 years ago.

I am the eighth of nine children, one of those studious-looking boys who did well in school without even trying. We were a working class Filipino family, we could say poor. My father milked cows for a dairy company across the Ko’olau Mountains from Diamond Head Park in Hawaii.

We lived in a neighborhood with a dozen houses of mostly immigrant families, attached to some pasture where the cattle ate. My mother worked in hotels in Waikiki.

I didn’t have many friends outside of my small community. I liked being alone. Sometimes he would build tree houses at the foot of the mountain or walk along a stream and collect guppies and crabs.

In my culture there are gays, without a doubt. But the visible ones are mocked. The words used to refer to them were “bakla”, which in Filipino and “mahu” mean “queer”, expressions with a derogatory tone that I would not have liked used with me.

In Asian culture we are taught not to offend the family. I thought that being gay was something that would humiliate my family.

I knew I was attracted to men since puberty. I tried to fool myself, and others, by telling myself that I liked girls. But every time one of them showed interest in me, I ran away from her.

As a young man, he didn’t last at jobs. The truth is that I stayed away from several because I wanted to hide my sexuality. On one occasion I really liked a colleague who was not gay and I left that place because the situation was unbearable. I kept lying to myself.

Many people find it easy to reveal who they really are, especially to today’s young people. Sometimes I wonder what would have happened if I did it earlier. Maybe I would have put down roots in a community and not jumped from job to job, from one city to another.

My life would have been much more orderly.

As a journalist, my job is to tell the truth. In my private life, however, I lied for years. I hid the truth to protect myself. It was an ethical failure that tormented me for a long time.

Openly admitting who I am took me decades. I’m still making my sexuality known to people. Before the confession I made to my father, he had only done it with a handful of friends.

The first friend I told took me to a bar in Washington. He still felt embarrassed. I avoided looking at other men. When my friend went out for a cigarette, I felt someone pat me on the back.

“Congratulations,” he told me.

“For having had the courage to show his face,” he replied.

I felt violated. How could my friend have told that to a stranger! He had lost control over my secret, even though he had the best of intentions. We did not realize that this face up would be more complicated and costly than it seemed.

For four years I didn’t tell anyone anything.

Keeping the secret, however, was very hard. It almost cost me my life.

On one of my worst days, I went for a drive through Montana’s Glacier National Park to try to clear my head. It was a mountain road, with cliffs. At one point my Subaru was approaching the slope and I almost let it go past. I thought everything would be easier on the other side. Until a siren jolted me back to reality. It was an ambulance siren. Later I found out that a hiker had died in an accident. That sharp sound maybe saved my life.

After that episode, I decided to show my face again.

One of my best friends and his wife, who used to live in Paris, were visiting New York for New Years 2018. I told myself it was time to tell Kevin everything. The first time he showed up, I couldn’t do it.

The next day, I met up with some friends for drinks and finally perked up. My heart was beating a thousand. My knees were shaking. My friends got worried when they saw that I was so anxious.

“It’s something about my sexuality,” I explained, unable to get the word gay out.

“What a relief,” said a friend. “I thought you were going to tell us you had cancer.”

The next morning I sat down with Kevin, my best friend, and told him I had something important to tell him.

“Remember you asked me to be your best man at your wedding?” I started. “I wanted to tell you this at the time, so you could change your mind.”

“What are you talking about?” he asked me.

Again I couldn’t use the word gay. She was sweating and shaking.

I saw that your wife was concerned. “What’s wrong with you?” Kevin asked.

Le of a track.

I nodded. He reacted relieved.

He added that, in any case, he would have asked me to be his godfather.

Most of my life I suffered from migraines. When I finally told my truth, the pains almost disappeared.

But I still couldn’t tell my brothers.

During a visit to California, I stepped aside with a nephew. All these years I wanted to tell his mother about it. But I couldn’t muster the courage.

A few days before, I nearly had a nervous breakdown trying to talk to her in a car. I justified my behavior by saying that I was stressed about work.

When he heard what I told him, he asked me why I hadn’t spoken up earlier. “Uncle Bobby, you could have been so much happier.”

Months later, I told a younger nephew. After a football game — he was a star quarterback — he asked me about my love life. He told me that he had never introduced a woman to the family, that he didn’t know if she was dating anyone. He wanted to know why.

So did her sister, who later recounted: “I always wanted to ask you, but I didn’t want to put you in an awkward situation.”

“When I told him my secret a few months ago, he shrugged. ‘I suspected it,’” she commented.

I was more reluctant to tell my two older sisters, twins, who were devout Catholics.

I didn’t know what to expect when I spoke to one of them. In a calm tone I told him about my depression. She was a nurse and she asked me how I was feeling.

“My God!” he exclaimed. “Don’t worry about those things. God loves you anyway.”

She recommended that I not talk to my other brothers yet. She told me that they had too many worries to deal with right now.

They tell me I look like my father. When I’m happy, I take on his personality. A flattering, talkative, funny guy. The truth is that I am more like my mother. Someone who can feel good with others, but not always. With changing moods, at times surly.

He was closer to my mother than to my father. They were both very proud of me, even though I hadn’t made their dream of being a family man come true, with expensive cars and a good living. I was never interested in any of that. But they were proud that I had gone to college and my chosen profession.

My father loved to read the newspaper, watch the evening news, and follow politics. He would have been very proud that I had been with a president or covered Congress.

Weeks before I left to cover the war in Iraq, we gathered in our town in the Philippines to celebrate my mother’s 80th birthday. Neither she nor any of my brothers knew that I was going to a war zone. I thought I’d tell them my secret, in case something went wrong.

When I said goodbye to her in the Philippines, I didn’t know that I wouldn’t have another chance.

My mother passed away on Thanksgiving 2007, two months after her birthday.

When I told my father my secret at his grave, I asked him for one thing: Not to tell my mother. I wanted to do it. I didn’t know that he had erected a fortress around me.

There I was at his grave, trying to tell him everything.

I had waited until the day before I left for Iraq. Surely he already knew. mother’s intuition Maybe my father had already told him. But I needed to tell her, as if she were alive.

In front of his grave, I let time pass. She cleaned the wax from the candles. I was roasting in hellish heat. He expected the truth to come pouring out. Summon up the courage I’d had months ago at my father’s grave.

But I couldn’t find the words to break that awkward silence. I couldn’t say what I wanted. Not there, at that moment.

I turned around and went home, filled with remorse. I still hadn’t finished fulfilling my purpose.

Bobby Caina Calvan is a correspondent for the Associated Press in New York. It’s at http://twitter.com/BobbyCalvan