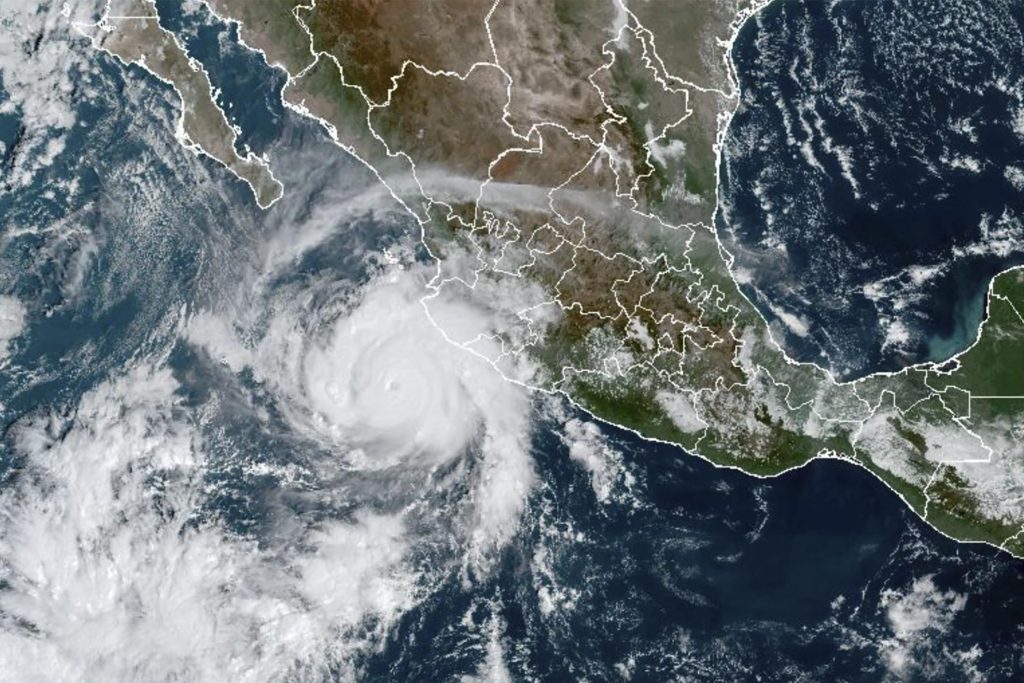 MEXICO CITY (HPD) — Hurricane Roslyn appeared poised to unleash dangerous storm surges in parts of Mexico on Sunday after moving over the Pacific as a powerful Category 4 storm near the resort town of Puerto Vallarta.

The storm was expected to “bring damaging winds, life-threatening storm surge and flooding to portions of west-central Mexico today,” the hurricane center said in its midnight report.

Roslyn’s eye was 45 miles (75 kilometers) west of Cabo Corrientes, the tip of land that juts out into the Pacific south of Puerto Vallarta, and was moving north at 12 miles (19 kilometers) per hour.

Forecasters expected Roslyn to pass overnight near Cabo Corrientes and the Puerto Vallarta region, and warned of gales, downpours and strong waves in the area.

The storm was expected to make landfall in Nayarit on Sunday morning. Hurricane Orlene made landfall on October 3 a little farther north in roughly the same region, about 45 miles (75 kilometers) southeast of the resort town of Mazatlán.

Mexico’s National Water Commission reported that the rains dumped by Roslyn could cause landslides and flooding and the NHC warned of possible dangerous storm surges on the coast, as well as 10 to 15 centimeters (4 to 6 inches) of rain.