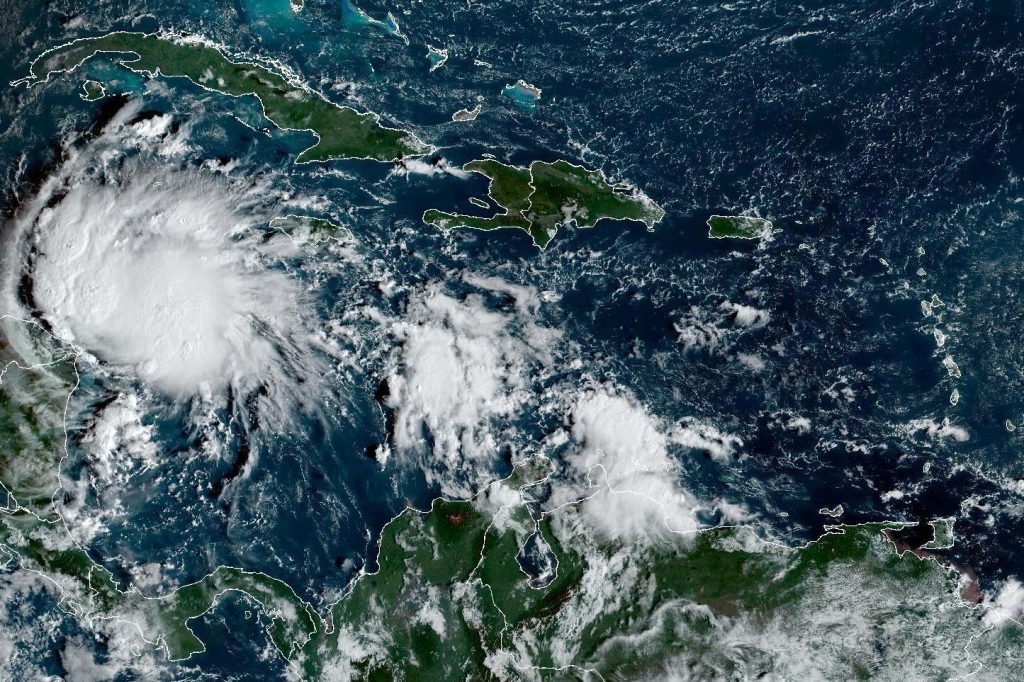 MEXICO CITY (HPD) — Hurricane Lisa strengthened in the western Caribbean on Wednesday and headed for landfall in the Central American nation of Belize.

The US National Hurricane Center (NHC) reported that Lisa had maximum sustained winds of 140 kilometers per hour (85 miles per hour). Her eye was about 10 kilometers (5 miles) south of Belize City and was moving west at 19 km/h (12 mph).

Belize’s National Emergency Management Organization said it expects the storm to make landfall between the coastal town of Dangriga and Belize City, but warned “residents across the country should be prepared.”

Einer Gomez, deputy manager of Ramon’s Village Resort in San Pedro, on Ambergris Caye off the coast, said a drizzle had started and there were swells, but no wind yet.

“All guests who are in beachside units have been relocated” to less exposed rooms and beach chairs have been strapped down, he added. “Everyone is waiting for it to happen.”

The Lisa vortex is forecast to cross Belize into Guatemala and then into southeastern Mexico on Thursday.

The NHC warned of the possibility of torrential downpours, flooding and landslides. He said the storm could dump 4 to 6 inches (10 to 15 centimeters) of rain over Belize, the Bay Islands, northern Guatemala, and the Mexican states of Chiapas and Tabasco.

Hurricane warnings were issued for the island of Roatán and other islands of Honduras, the north of Belize and the south of the Mexican peninsula of Yucatán, from Chetumal to Puerto Costa Maya.

Lisa could resurface in the Gulf of Mexico, but as a tropical depression.

Farther out in the Atlantic, Tropical Storm Martin reached hurricane strength on Wednesday, but forecasters said it poses no immediate threat to the mainland.