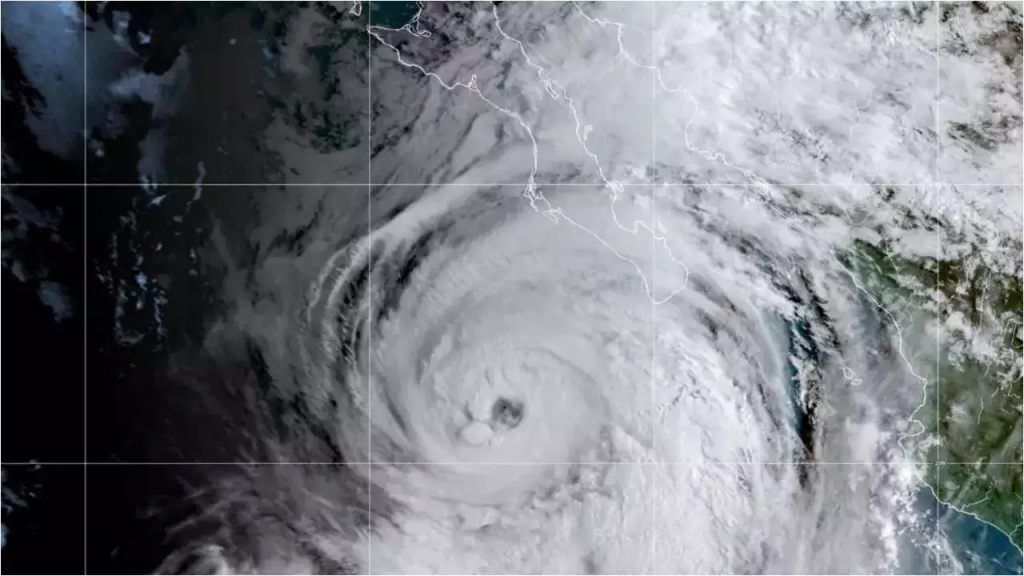 Hurricane Kay, now of category 1 on the Saffir-Simpson scale, advances parallel to the coast of the Mexican state of Baja California Sur, northwest of the country, and during the next hours and the first hours of Thursday will cause torrential rains in that region, reported this Wednesday (07.09.2022) the National Meteorological Service (SMN).

In its most recent report, the SMN said that “Kay presented maximum sustained winds of 150 kilometers per hour (km / h), gusts of 185 km / h, so it is now a category 1 hurricane on the Saffir-Simpson scale.”

He added that at 22.00 hours (03.00 GMT on Thursday) the cyclone was located approximately 185 kilometers (km) south-southwest of Cabo San Lázaro, and 320 km west of Cabo San Lucas, both in Baja California Sur, with displacement to the north-northwest at 22 km / h.

Previously, the SMN said that for Wednesday night and during the early hours of Thursday, the cyclone “will continue its displacement towards the north-northwest, parallel to the coast of Baja California Sur.”

In addition, he said that its extensive cloud bands will cause torrential rains (from 150 to 250 millimeters (mm)) in Baja California Sur; intense (from 75 to 150 mm) in southern Baja California, as well as very strong (from 50 to 75 mm) in Sinaloa and Sonora.

“The rainfall caused by the hurricane could generate landslides, increased levels of rivers and streams, and overflows and floods in low-lying areas of the aforementioned states, so the population is urged to heed the warnings of the SMN and to follow the indications of the state, municipal and Civil Protection authorities,” the SMN pointed out.

He also said that it’s wide circulation will cause winds with gusts of 120 to 150 kilometers per hour (km / h) in Baja California Sur and waves of 6 to 8 meters (m) high on the coast of that state.

The Meteorological of Mexico called on maritime navigation “to take extreme precautions” due to winds and waves off the coast of the aforementioned states.

Hurricane Kay paralyzed tourism in the Mexican state of Baja California Sur, which is home to the popular destination of Los Cabos, and left more than 1,000 refugees.

Airport services remain open, but some of the country’s major airlines decided to suspend some flights due to internal security policies.

According to information from the Ministry of Tourism, Economy and Sustainability, in Baja California Sur there are more than 29,600 tourists, most of them in Los Cabos, a municipality that has a hotel occupancy of 54 percent.

Kay, which was forecast to reach Category 3, is the twelfth named system to form in Mexican waters during 2022, after Agatha, Blas, Celia, Bonnie, Darby, Estelle, Frank, Georgette, Howard, Ivette and Javier.