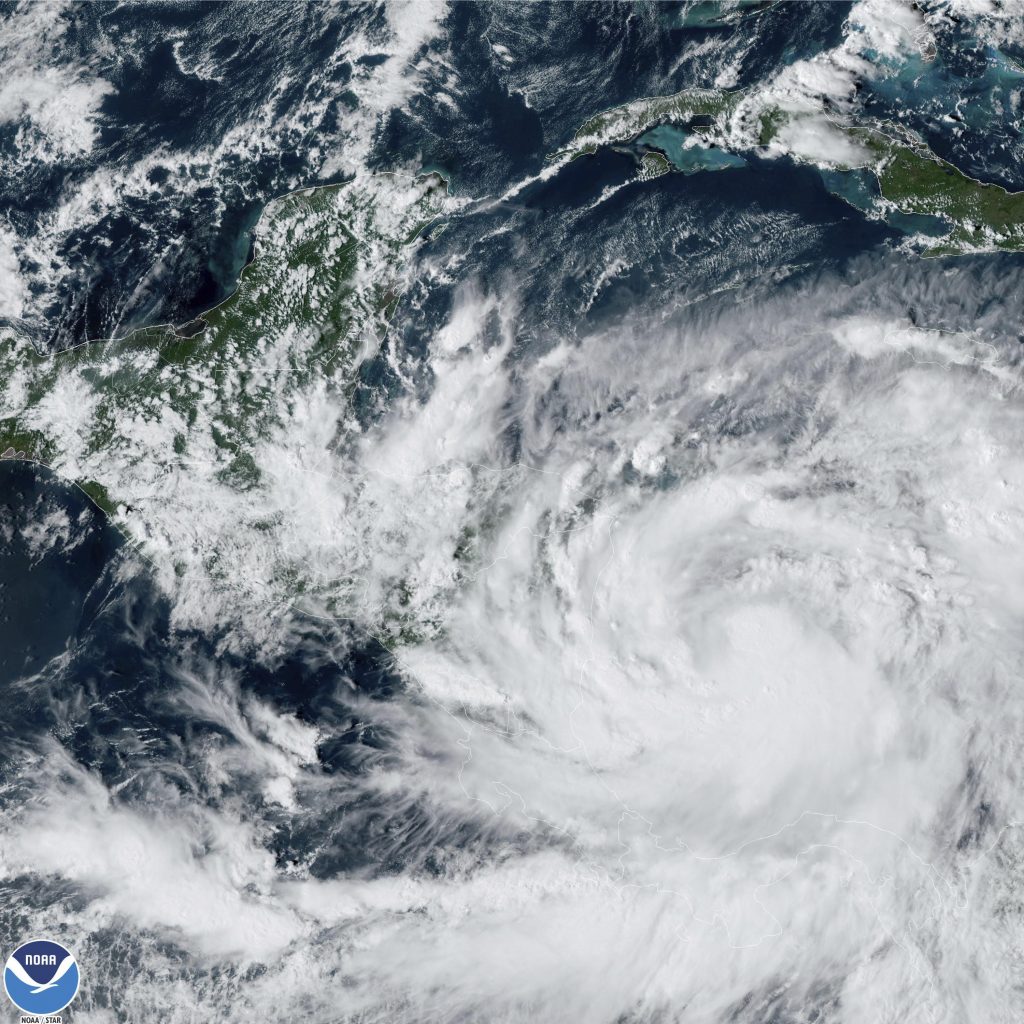 Julia began as a tropical storm on Saturday, but strengthened into a Category 1 hurricane shortly after passing south of San Andres Island in the late afternoon.

Its maximum sustained winds had stabilized at around 75 mph (120 km/h), according to the US National Hurricane Center.

The center of the storm was located about 130 kilometers (80 miles) kilometers east-northwest of Bluefields, Nicaragua. It was moving west at 16 mph (26 km/h) and was expected to make landfall on the Nicaraguan coast before dawn.

Guillermo González, director of the Nicaraguan Disaster Attention System, told official media that at noon on Saturday populations that were at high risk had been evacuated in areas of the Caribbean coast both in the north —the Miskito village of Ariswatla— and in the Caribbean. south, such as the community of Set Net Point, near Laguna de Perlas. That area is where the hurricane is expected to hit in the early hours of Sunday.

Since morning, the Nicaraguan army had begun to prepare the evacuation of islands and keys around the town of Sandy Bay Sirpi and, as indicated in a statement, brought humanitarian aid to the municipalities of Bluefields and Laguna de Perlas, from where it will be transferred to 118 temporary shelters.

In Bluefields, however, on Saturday night life continued unchanged and people were reluctant to leave their homes.

Colombian President Gustavo Petro declared a “maximum alert” on Saturday and asked the hotel sector to prepare space to shelter the vulnerable population.

As night fell, there was no news of any damage to the islands near the Julia Pass on Saturday night, but San Andrés authorities had announced a curfew starting at 6:00 a.m. to limit the presence of people on the street. Air operations remained suspended.

More dangerous than the wind may be the effects of the rains that will accompany Julia as she crosses from northern Central America to the southern Mexican Pacific, because the terrain throughout this region is already very wet and saturated.

The meteor is expected to drop 5 to 10 inches (13 to 25 centimeters) of rainfall across Central America, and up to 15 inches (38 centimeters) in isolated areas.

“These rains may cause life-threatening flash flooding and mudslides through this weekend,” the NHC said.

In Guatemala, according to government estimates, Julia could affect 10 departments in the east, center and west of the country, the region that has been hit the hardest by this rainy season and where the poorest and most vulnerable population is concentrated.

From May to September, the storms have caused the death of 49 people and there are six missing and almost 10,000 homeless, as well as damage to hundreds of roads and homes, according to official data.

In El Salvador, where 19 people have died this rainy season, the worst rainfall is expected for Monday and Tuesday, but there is a danger of landslides and rock falls on sections of the Pan-American highway near the capital since Sunday, he said. the Minister of the Environment and Natural Resources, Fernando López.

Salvadoran President Nayib Bukele was participating in an emergency meeting with his cabinet on Saturday night to assess the situation. Civil Protection installed 61 shelters with the capacity to house more than 3,000 people in that country.