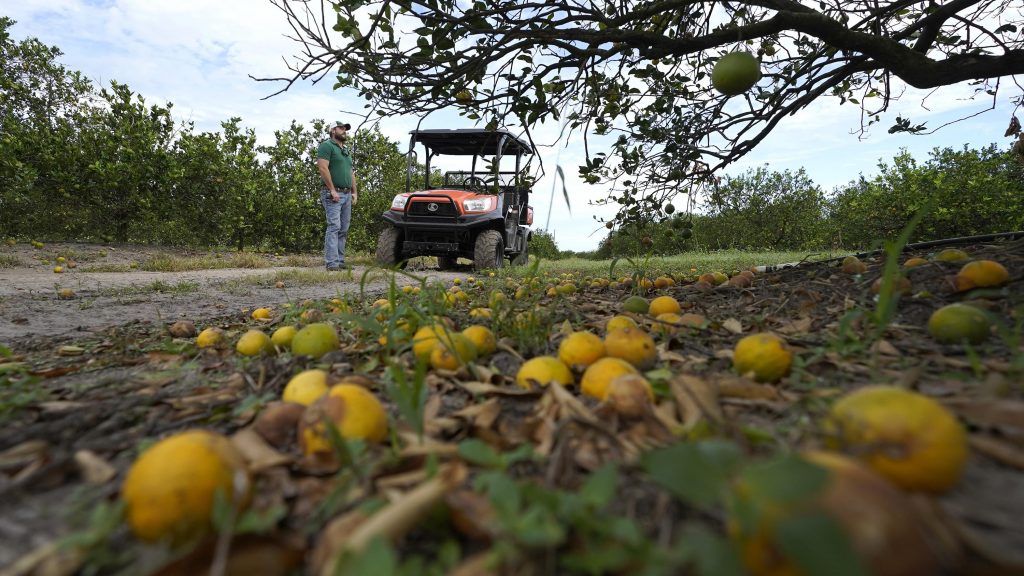 The Category 4 storm caused between $1.1 billion and $1.8 billion in losses to the state’s crops and agricultural infrastructure as it traversed the peninsula after making landfall in southwest Florida, according to a preliminary estimate released Monday by the Florida Department of Agriculture. state agriculture.

The agency’s estimate was in the same range as a preliminary one from the University of Florida released last week, which put Florida’s agricultural loss at $1.5 billion.

Crop damage ranged from $686 million to $1.2 billion. The greatest losses occurred in citrus, which had damages of between 416 million and 675 million, according to the report from the Department of Agriculture. The hurricane struck near the beginning of the citrus growing season in Florida, which produces about 60% of all citrus consumed in the United States.

Citrus growers not only lost fruit that fell off the trees, but now face the possibility of flood-damaged trees. The loss could amount to 11% of the trees planted, according to the report. Even before the hurricane, Florida orange production was forecast to drop by nearly a third this season due to a bacterial disease that kills citrus.

When it comes to non-citrus fruits and vegetables, Florida lost between $153.7 million and $230.5 million, or 10% to 15% of the crop, just as planting season was in full swing. Many fields lost irrigation with the help of plastic and drip systems and other infrastructure works, according to the report.