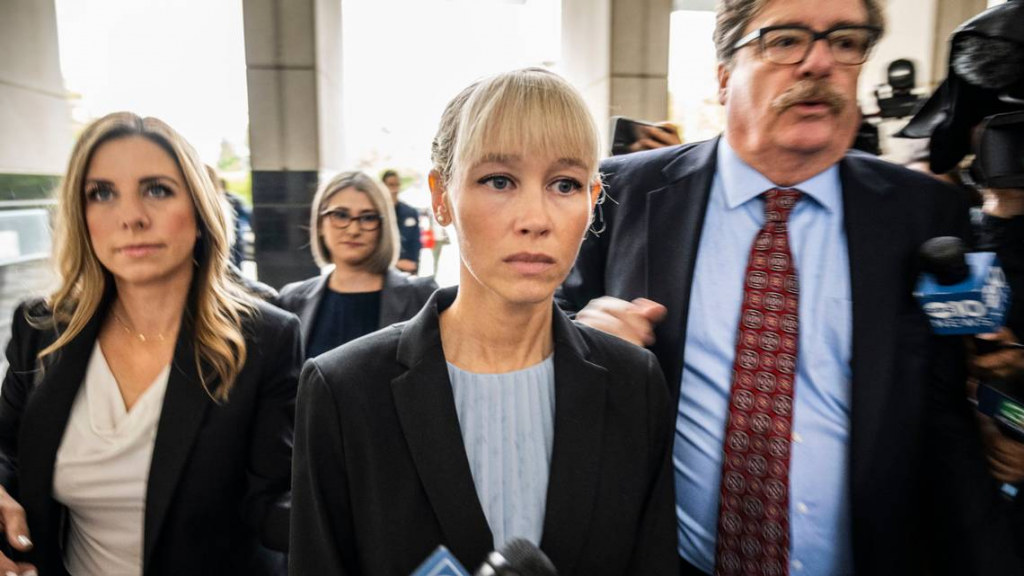 California – Sherri Papini, the Californian mother who faked her own kidnapping in 2016 in a hoax that was exposed with the help of advances in DNA technology, was sentenced Monday to a year and a half in prison, according to a statement from the Justice Department.

Judge William B. Shubb ruled that Papini, 40, was to serve 18 months in prison followed by 36 months of supervised release after he admitted to the hoax and pleaded guilty in April to mail fraud and making false statements. He was also ordered to pay nearly $310,000 in compensation.

The sentence is much longer than the lawyers had requested. Prosecutors asked the judge to sentence her to eight months in prison, while the defense asked for one month of pretrial detention and seven months of house arrest.

The charges date back to November 2016, when Papini was reported missing after he ran near his home in Shasta County, Northern California. Three weeks later, she was found injured and alone on a road about 225 kilometers away. Papini told police she had been kidnapped and tortured by two Spanish-speaking masked women who kept her chained in a closet, held her at gunpoint, and branded her with a hot tool.

The allegations prompted authorities to conduct an exhaustive search for the alleged Hispanic captors that went unsuccessful for several years. It also received more than $30,000 from the state in compensation funds for victims.

However, her lies were revealed when investigators managed to link, in 2020, the DNA on her clothes to an ex-boyfriend, who admitted that the alleged kidnapping had been a hoax.

“Papini planned and executed a sophisticated kidnapping hoax, and then continued to perpetuate his false statements for years after his return without regard to the harm he caused to others,” prosecutors said in opening arguments. “As a result, state and federal investigators devoted limited resources to Papini’s case for nearly four years before independently knowing the truth: that she was not kidnapped or tortured.”

“Papini caused innocent people to become the target of a criminal investigation,” prosecutors added. “He left the public in fear of his alleged Hispanic captors who allegedly remained at large.”

In the defense’s sentencing memo, Papini’s lawyer noted that she acknowledged the deception and said her reputation had already suffered enough.

“Sherri’s years of denial are now undeniably over. His name is now synonymous with this horrible deception. There is no way around it,” attorney William Portanova wrote in the statement.

“It’s hard to imagine a more brutal public revelation of a person’s broken interior. At this point, the punishment is already intense and feels like a life sentence,” he added.

Outside court on Monday, Portanova tried to distance today’s Papini from the one who carried out the crime.

“Whatever happened five years ago, it’s a different Sherri Papini than you see here today,” he said.

The case took a stroke of luck in 2020, when investigators took dna from an unknown man on the clothes he was wearing and analyzed it using technology known as genetic genealogy. The DNA was linked to a member of Papini’s ex-boyfriend’s family, and investigators then took the ex-boyfriend’s DNA to confirm their match, according to a 55-page affidavit released earlier this year.

In an interview with investigators, the ex-boyfriend admitted that he helped Papini “run away” from what she described as an abusive relationship and housed her at his home in Southern California, the affidavit states. The ex-boyfriend said she had self-harmed, cut her hair and asked him to mark her with a wood-burning tool as part of the hoax, according to the statement.

Investigators corroborated the ex-boyfriend’s account in numerous ways, including phone records, his work schedule, rental car receipts, odometer records, toll records and an interview with his cousin, who saw Papini at the home.

Authorities confronted Papini with the new information and warned him that lying to authorities is a crime. Still, she clung to her original story about two Hispanic women kidnappers and denied seeing her ex-boyfriend, according to the affidavit.

Authorities announced the charges against her in March 2022 and she pleaded guilty as part of a plea deal a month later. Her husband also filed for divorce and custody of their two children, claiming she was “not acting rationally,” court records show.

In court in April, Papini said he was in treatment for anxiety, depression and post-traumatic stress disorder as of 2016 and also struggled in high school.

“I am deeply ashamed of my behavior and so sorry for the pain I have caused my family, my friends, all the good people who suffered needlessly for my story and those who worked so hard to try to help me,” Papini said in her statement. “I will work the rest of my life to make amends for what I did.”