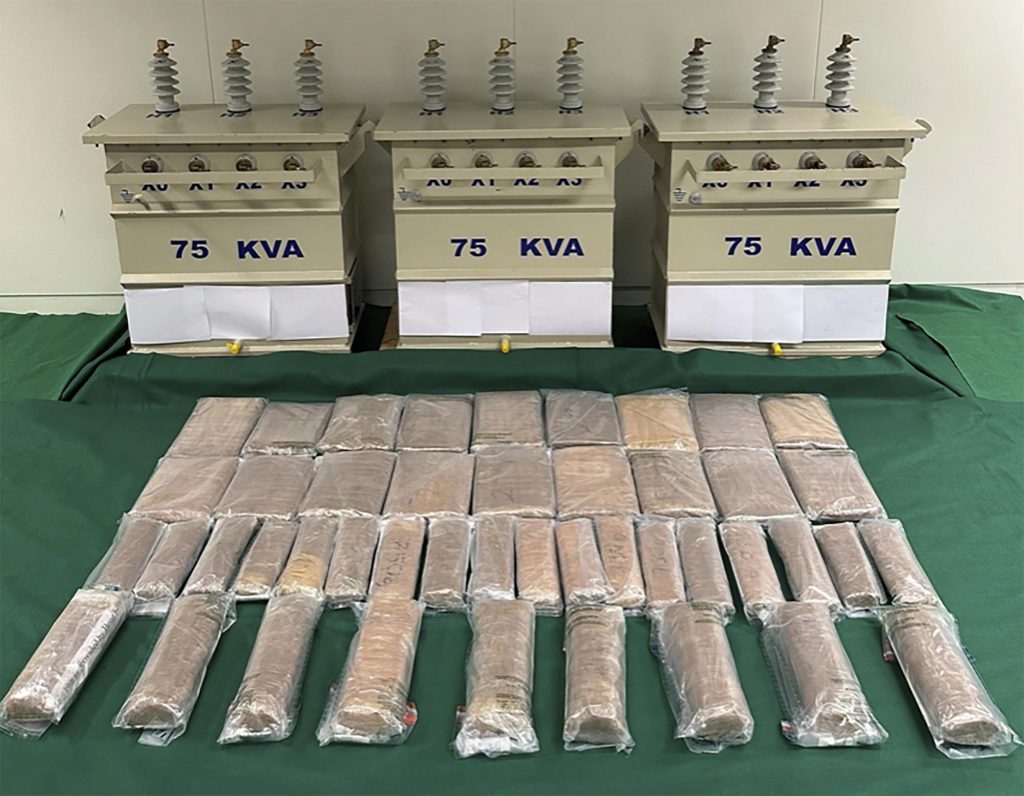 HONG KONG (HPD) — A multimillion-dollar shipment of methamphetamine hidden in electrical transformers shipped from Mexico to Australia has been intercepted at the Hong Kong airport, authorities said Tuesday.

A total of 76 kilograms (168 pounds) of the drug were found in fake compartments at the three transformers on Friday, a Hong Kong customs official said. She specified that the transformers were examined with X-rays and that the agents detected something suspicious.

“We only saw simple structures and couldn’t see other components that should have been there, such as high-voltage cables or coils of wire,” Senior Inspector Lam Kai-shan told reporters.

Hong Kong customs put the local value of the drugs at about $5.9 million, which would have ballooned to $43 million on the streets in Australia, Australian police said.

“We are now working together and following all leads to find those responsible for this importation,” Australian Federal Police Detective Superintendent Timothy Underhill said in a statement.

The Australian statement indicated that Hong Kong officials found the drugs after receiving information from Australian police and other agencies. The airfreight shipment would be delivered to an address in the western Sydney suburb of Blacktown, according to the official statement.