Skip to content
Home » His village in Java was always flooded: He had to go 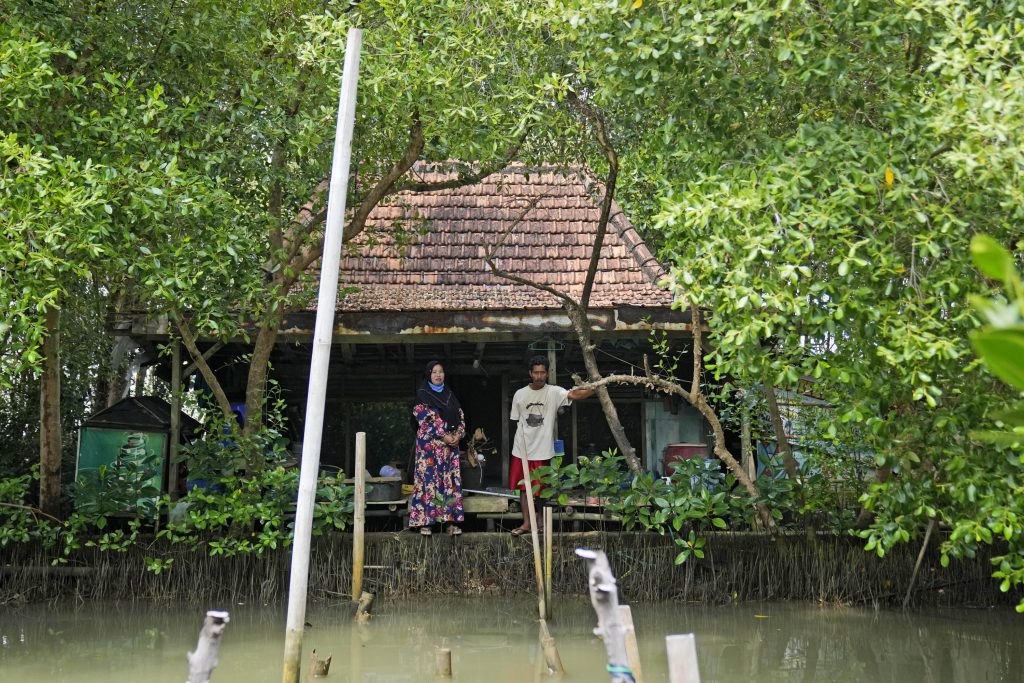 MONDOLIKO, Indonesia (HPD) — All crops had been ruined and hatchery fish had escaped from their ponds. The only road leading to his village was flooded and the water was still rising, Asiyah said.

A 38-year-old who, like many Indonesians, goes by one name, Asiyah knew it was time to leave her home on the coastal area of ​​North Java, as so many locals had done in the previous months. It was thus that two years ago, after thinking about it for months, she told her husband that she had to leave and she began to pack.

This report was produced in collaboration with the Pulitzer Center on Crisis Reporting. It is part of a series exploring the lives of people around the world who have been forced from their homes by rising seas, droughts, high temperatures and other factors caused or exacerbated by climate change.

Java is the most populous island in the world, with 145 million inhabitants. Scientists say that parts of the island will be under water in the coming years as a result of rising seas.

Much has been written about Jakarta, the capital of Indonesia, which is located in Java and is sinking. The city is being partially relocated due to flooding. Other parts of the country vulnerable to flooding, however, receive less attention.

Some 500 kilometers (300 miles) from Jakarta, entire villages on the Java Sea are covered in brown water. Experts say that rising seas and waves are a consequence in part of climate change. They also affect a gradual subsidence of the land and development.

Mondoliko, the village of Asiyah, is one of those affected towns.

Asiyah smiles as she remembers what Mondoliko was like when she was young: lush paddy fields, tall coconut trees and red chili bushes surrounded the 200 homes in her area. She and her friends played on a soccer field and watched the snakes move through the jungle while the butterflies danced.

“Everyone had land,” he said. “We could all grow and produce what we needed.”

About ten years ago, however, the water came. little by little At first, a few sporadic centimeters. In a few years it became a constant presence. Crops and plants were ruined because they could not withstand the salt water. Insects and animals also disappeared as the sea swallowed the land.

Asiyah says that the locals tried to adapt to the new conditions and started farming fish. Many elevated their homes. They installed fences to stop the debris that was dragged by the water. For seven years, Asiyah, her husband, Aslori, 42, and her two children lived with the flood. The water arrived every year and changes began to be noticed. The neighbors left in search of dry land. The mosque no longer announced the prayers. Even the fish farms were damaged. The sea grew so much that it overflowed the ponds and carried them away.

He vividly remembers the day he decided he had to leave the house of his entire life. Her father, who lived with her, was battling bone cancer and prostate problems, and some days he was so frail he couldn’t stand. Her son was growing up and it was getting harder and harder for her to get to school, which was 2 miles (3 kilometers) away.

“I was worried when the road was flooded. How would we go about getting ahead?” Asiyah said. “The boys cannot go to school or play with their friends. One can not live this way”.

The water level continued to rise and the time came when she told her husband that they had to leave.

Early one morning, in pouring rain, Asihay and Aslori loaded everything they could into a boat: photos of their wedding and family, documents, and a plastic jar filled with cooking ingredients.

They drove about 5 kilometers (three miles) to Semarang, where they rented a one-bedroom apartment.

The first night Asiyah slept on the floor, trying to calm her little boy, who was distraught.

“I tried to make them understand that there was no other way out. We couldn’t work and they couldn’t go to school in Mondoliko,” she recounted. “It was uninhabitable.”

Asiyah confesses that while comforting her son, she too longed to go home. But it would have been impossible. The road was flooded.

Other Mondoliko residents left after her. When the Associated Press visited the village in November 2021, there were 11 houses occupied. In July 2022, only five.

Asiyah and her neighbors are just a handful of the 143 million people who are likely to have to look elsewhere due to rising seas, droughts, high temperatures and other climatic catastrophes in the next 30 years, according to a report this year by the UN Intergovernmental Panel on Climate Change.

Some neighbors are reluctant to leave and live in flooded houses.

In Timbulsloko, 3 kilometers (2 miles) from the village of Asiyah, some residents raised the floors of their houses, where people now have to duck when entering houses. Those who were unable to do so are in danger of being swept away during a flood while sleeping at night.

Aslori, Asiyah’s husband, continues to work as a fisherman near their old home and goes there whenever he can to pick up some things they left behind.

In early September, on a day when the tide was particularly low, Asiyah visited her old home for the first time since she left. A few months ago she had cried when she saw a photo in a neighborhood chat and noticed that the bridge that led to his house had been swept away by the waters.

At home, however, she went through old school books and selected a few things to take with her.

“I miss home,” he commented. “I never thought it would be an ocean.”