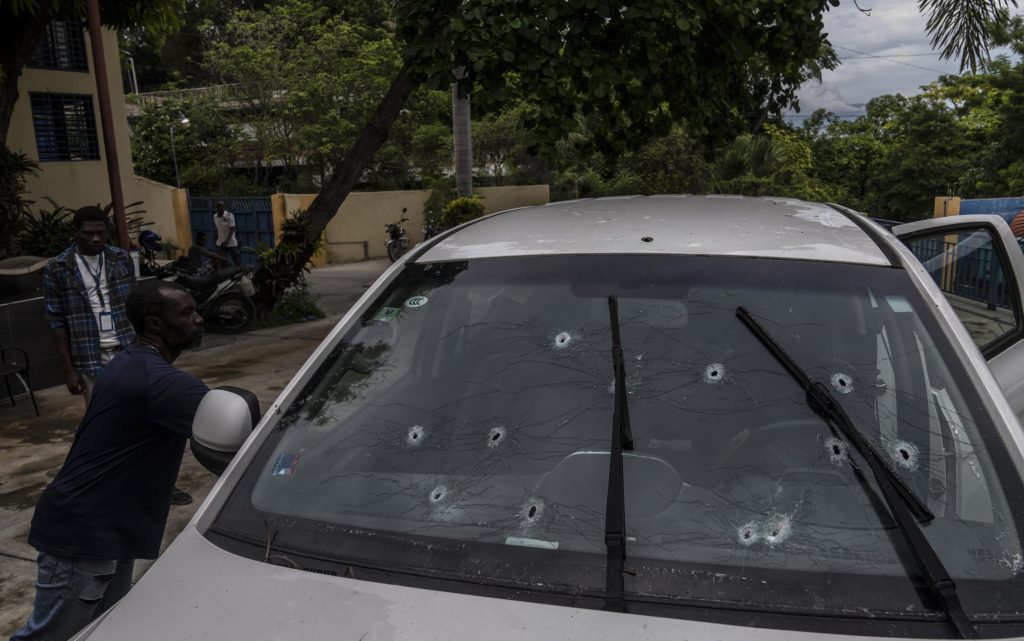 Roberson Alphonse, who works at the daily Le Nouvelliste and the radio station Magik9, was hospitalized and is expected to recover, said Frantz Duval, editorial director of both outlets. He pointed out that Alphonse has undergone two operations so far.

Also on Tuesday, authorities found the body of another journalist who had been missing for several days. Garry Tess used to host a political talk show in the southern city of Les Cayes, according to the government’s Citizen Protection Office, which said it was extremely concerned about the safety of journalists in Haiti and urged that they be protected.

No one has been arrested in either case, although journalists in Haiti have long been targeted by gangs, which have become more powerful since the assassination of President Jovenel Moïse in July 2021.

Duval thanked an unidentified person who said he rescued Alphonse and applied a tourniquet to stop bleeding before medical help arrived.

Duval stressed that the car had more than 10 bullet holes. Neither Alphonse nor his colleagues were available for comment, he added.

“Health is the absolute priority,” he wrote. “Thank you all for your understanding”.

Haiti’s Ministry of Culture and Communication said it learned “with horror of the news of the assassination attempt,” which occurred in the Delmas neighborhood, as Alphonse was on his way to the radio station for work.

“His rigor, his effort to be impartial and his sense of perfection make him a model for the profession,” the ministry said in a statement.

Journalist Widlore Mérancourt of the AyiboPost news site praised Alphonse, saying that he could have made millions selling his platforms, but that he “opted for integrity and independence. I love him and wish him the best,” he wrote.

More than a month ago, two other journalists, Tayson Latigue and Frantzsen Charles, were shot dead while reporting in a gang-controlled slum. Their bodies were set on fire.

In January, gang members killed two other journalists reporting in Laboule, a community south of Port-au-Prince.

The Miami-based Inter-American Press Association denounced that this year has been one of the most violent for the press in Haiti since records were kept in 1987.

Journalists also continue to call for justice for the March 2018 disappearance of freelance photographer Vladjimir Legagneur, who was last seen in the Grand Ravine area of ​​Port-au-Prince, one of its poorest and most dangerous.

Just a few weeks ago, Haitian authorities called for the immediate deployment of foreign troops as the country grapples with an unprecedented crisis.

One of Haiti’s most powerful gangs surrounded a major fuel terminal more than a month ago and demanded the resignation of Prime Minister Ariel Henry while preventing the distribution of hydrocarbons. Gas stations have closed, banks and grocery stores are operating limited hours and drinking water is in short supply as the country grapples with a cholera outbreak that has killed at least 40 people, with more than 1,750 suspected cases so far.