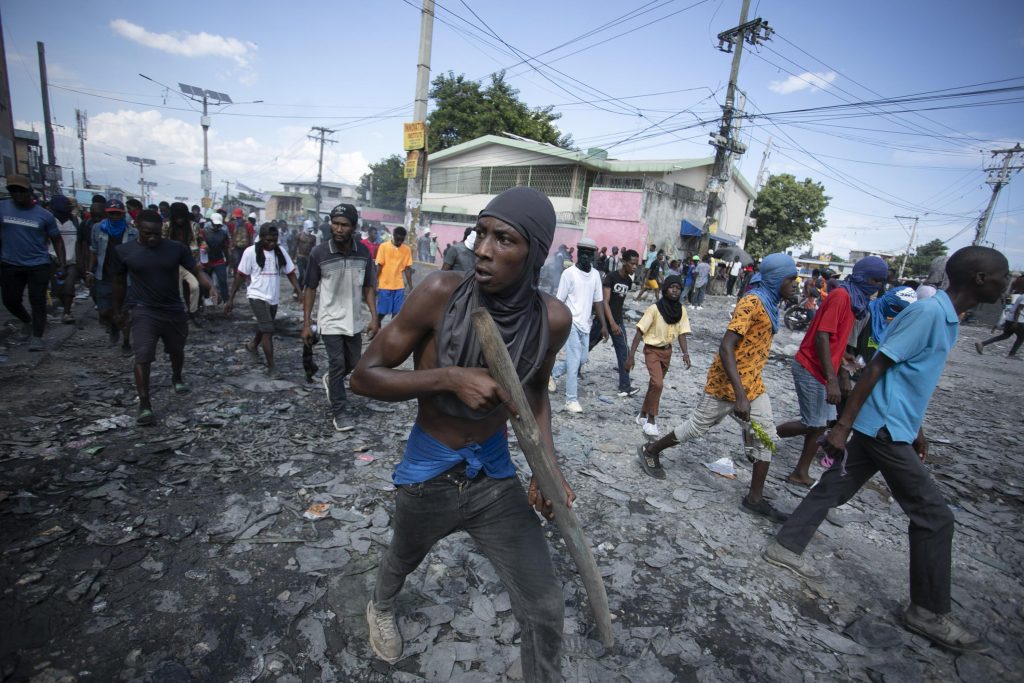 PORT-AU-PRINCE (HPD) — The Haitian government will ask for the help of foreign armed forces against the gangs and protesters that have paralyzed the country, at a time when fuel and water run out, a senior official told The Associated Press on Friday. .

The official, who was not authorized to speak publicly on the matter, said an official written request has not yet been filed.

It was not clear whether the request would mean the activation of the United Nations peacekeepers, whose mission ended five years ago after 11 turbulent years.

The Secretary General of the Organization of American States, Luis Almagro, met Thursday with US Secretary of State Antony Blinken, Haitian Foreign Minister Jean Victor Généus and other officials to discuss the situation.

Many Haitians have rejected the idea of ​​a new international intervention, recalling that UN peacekeepers were accused of sexual assault and caused a cholera epidemic that killed nearly 10,000 people 10 years ago.

“I don’t think Haiti needs a new intervention,” said former Minister for Electoral Affairs Mathias Pierre. “We have been through so many and nothing has been resolved… If we don’t do it as Haitians, in 10 years we will be in the same situation.”

He called on the US government to help reduce the amount of weapons and ammunition arriving in Haiti and to improve the equipment of the police so that they have more weapons and the ability to obtain information on the gangs.

He also argued that an international security force “will not face an army, (but) gangs located in poor areas that use the population as shields to protect themselves.”

The Haitian National Police, short on resources and with just 12,800 officers in a country of 11 million people, has had a hard time confronting the gangs.

The gangs have become more powerful since the assassination of President Jovenel Moïse in July 2012.

Prime Minister Ariel Henry’s government has agreed to ask foreign armed forces for help, and his office said in a statement that he has not resigned, in response to what he called false reports on social media, cheered by hundreds of Haitians in the streets Thursday night.

“They are purely and simply strategies of invention, intoxication, orchestrated by ill-intentioned individuals trying to sow more trouble and confusion,” his office said.

Protesters and other increasingly powerful groups have helped plunge the country into a level of chaos and paralysis unprecedented since a month ago, when gangs surrounded a large fuel terminal in Port-au-Prince. They refuse to leave her until Henry resigns.

Protesters have blocked roads since Henry announced in early September that his government no longer had the resources to subsidize fuel, which immediately increased in price.

Gas stations are closed, hospitals have reduced critical services, and both banks and stores have shortened their hours.